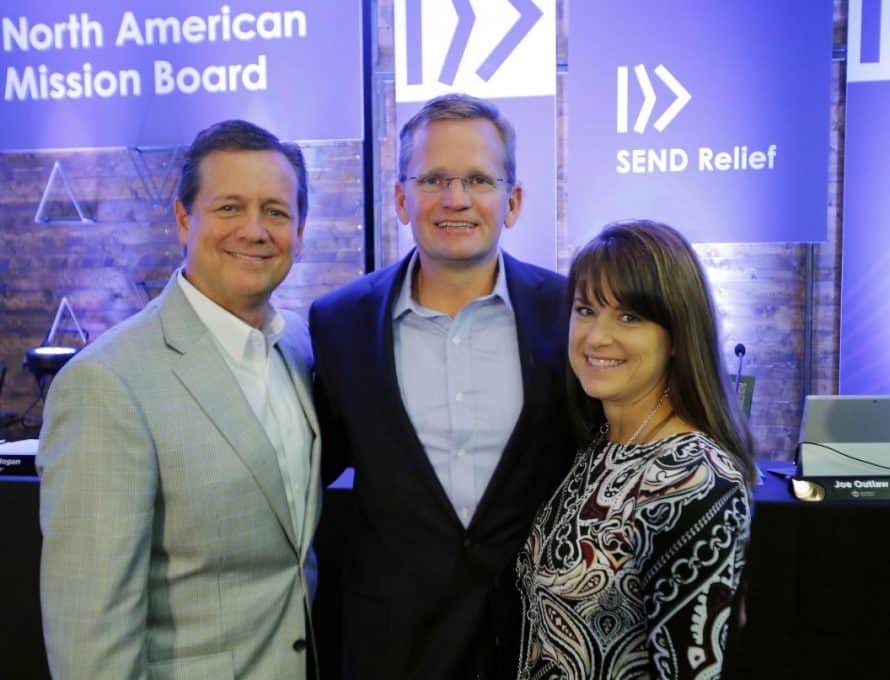 Also during their Oct. 7 meeting, NAMB’s trustees approved a $4 million budget reduction so the entity can send funds to assist International Mission Board (IMB) missionaries.

Send Relief will launch in 2016 and include compassion ministries to combat hunger, poverty, serve children through foster care and adoption, combat human trafficking, minister to migrants through international learning centers and meet inner-city needs with construction and medical teams.

“Send Relief is going to be an ideal way for us as Southern Baptists to meet a real need – not only for the physical side but to proclaim the Gospel, see people come to Christ and help be part of the church planting effort,” Melber said. (See related story: Send Relief VP Melber brings ‘passion, experience’.)

Trustees approved the $4 million budget reduction to assist IMB missionaries during NAMB’s 2015-16 fiscal year. Ezell requested the action in response to the IMB’s announced reduction in personnel of up to 15 percent in order to address ongoing revenue shortfalls.

“This is a Kingdom vote,” declared NAMB trustee chairman Chuck Herring, senior pastor of Collierville First Baptist Church near Memphis, after NAMB trustees unanimously passed the resolution. Next, the SBC Executive Committee must approve the proposed assistance before NAMB can transfer funds to IMB.

Ezell, in his address to trustees, included a brief look back at his first five years at the entity. He pointed to downsizing that has allowed more resources to go to the field, better counting and tracking of Southern Baptist church plants and a tripling of resources NAMB sends to Canada.

Ezell closed by thanking trustees for their affirmation of Send Relief and shared his excitement about its potential.

“People are very excited about compassion ministry,” Ezell said. “We believe Send Relief is a way to help thousands of churches take their first missions step.”