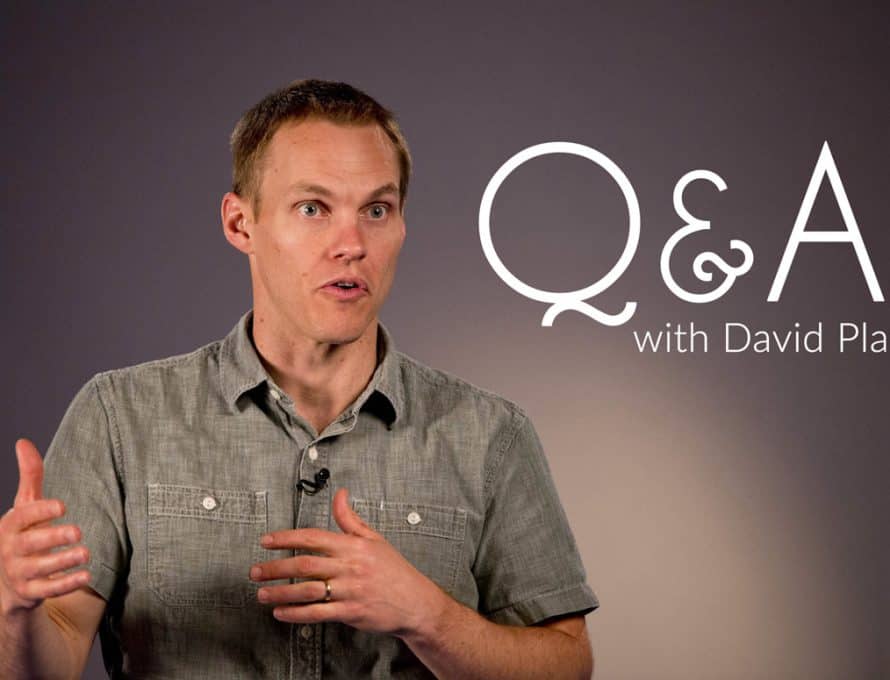 Editor’s note: International Mission Board (IMB) leaders have outlined a plan to address IMB’s revenue shortfalls and complete a reset of the organization in order to move forward into the future with innovative vision, wise stewardship and high accountability. The plan was presented by senior IMB leadership, including President David Platt, during an Aug. 27 town hall meeting including missionaries and staff, who collectively attended either in person or through digital communication. IMB trustees were informed of the plan during their Aug. 25-26 board meeting in downtown Richmond, Virginia

What is the status of IMB finances?

Yes. Over the last four years, Southern Baptists have seen increases in both the Lottie Moon Christmas Offering as well as Cooperative Program giving to the IMB.

What has the IMB been doing to cover budgetary shortfalls? Could the same solution work for the 2016 budget?

IMB has been able to cover costs through reserves and property sales in the past. But this is not a long-term solution because IMB does not have an endless supply of properties, and there are many complexities involved with selling overseas property and repatriating the funds. Moreover, IMB is now close to depleting its reserves and must work to restore them to a more responsible level.

Has the recent decline in missionary numbers helped cover the shortfall?

Yes. In 2009 the IMB hit a high mark of 5,600 missionaries on the field. Since then, missionary numbers have decreased to about 4,800. To address budgetary shortfalls, previous IMB leadership enacted a plan to slowly reduce the number of missionaries to 4,200 through normal attrition and limited appointments, while using IMB’s reserves — including global property sales — to keep as many missionaries on the field as possible.

Previous leaders put in place a plan to slowly reduce the number of missionaries (through normal attrition and reduced appointments) while using reserves and global property sales to keep as many missionaries as possible on the field. This plan, however, is no longer sufficient to address IMB’s immediate needs. Simply put, IMB cannot continue to overspend as we have. Furthermore, IMB cannot continue to deplete its reserves.

What is a financially sound level of contingency reserves for an organization like the IMB?

What options have IMB leadership considered to resolve this financial crisis?

• Significant reduction in IMB’s number of both missionaries and staff

The cost of personnel is approximately 80 percent of IMB’s budget. IMB leadership believes the organization cannot arrive at short-term financial responsibility or long-term organizational sustainability without making a major adjustment in its number of missionaries and staff now. The other options may still be considered in the future.

What does a “major adjustment” to missionary and staff numbers mean?

How is IMB leadership considering the spiritual foundations of this practical issue?

IMB leadership stated that while the issue at hand is obviously financial, it is ultimately spiritual. God is not surprised by these financial realities. He has reigned sovereign over the IMB for 170 years, and He will continue to reign sovereign over the IMB for years to come. God has reigned sovereign over the direction of each personnel’s life to this point, and He will reign sovereign over these lives in the days to come. Because He is sovereign, IMB leadership encourages all of its personnel to seek Him, and ask Him how and where He is guiding each of them for the sake of His name. IMB leadership believes that, without question, God will continue to lead every one of its personnel on mission. It is expected that the 600-800 people who step aside from the IMB in the next six months will not be stepping “onto the sidelines of mission,” but instead will be moving into a new phase of involvement in mission.

What is IMB’s plan for reducing the number of missionaries and staff to balance the budget while concluding the organizational reset leadership begun over the last year?

The next six months will involve two primary phases: 1) offering a Voluntary Retirement Incentive (VRI), and 2) concluding the reset of the organization, which involves a strategic review of how the IMB is organized and how it conducts both day-to-day operations and long-range planning. The second phase includes consolidating support services, recalibrating mobilization, assessing global engagement and re-envisioning training.

What is a Voluntary Retirement Incentive?

A VRI is an official program by which any personnel who meet certain eligibility requirements may choose to retire from the IMB and receive a particular financial benefit in their retirement.

Is giving some of IMB’s most experienced and seasoned personnel the opportunity to retire a wise first step in addressing the budget needs?

IMB leadership acknowledges this is not an ideal step — but also that there are no “ideal” steps at this point. The reason VRIs are established is to provide personnel who may be considering retirement at some point in the near future an opportunity with incentive to take that step in the present.

Is the VRI really voluntary?

Yes. This VRI is indeed voluntary. IMB leadership will not in any way encourage or influence any personnel to elect or reject the VRI. It is totally up to the discretion of an individual (or missionary family) who is eligible for the VRI to decide whether or not to elect or reject it. To help ensure that this decision is truly voluntary, supervisors across the organization will not even discuss with any individual personnel whether he or she should take the incentive. IMB leadership has designated people available to talk with personnel to help them understand what the VRI entails, but beyond this, the IMB will not point personnel toward a particular decision. IMB leadership’s aim is to eliminate any possibility of pressure or coercion in a certain direction, but to ensure that this program is indeed voluntary in every way.

What will the VRI include?

IMB leadership wants to make this VRI as generous as possible, so they are working to use every possible means available to provide for the men and women who take this incentive. The details of eligibility and the incentive are still being finalized. Those details will be disclosed to personnel on September 10 in a Town Hall meeting. In the few days following that meeting, all eligible personnel will receive a packet of information that includes the specific details of how this incentive would affect them. The IMB’s tight financial position creates more urgency for this program now, because the longer the organization waits, the less generous it can be. This VRI will be the best option that can be offered.

How quickly will the VRI take place?

Once individual details have been sent to eligible personnel in September, those personnel will have at least 45 days to decide whether or not to accept the VRI. Beyond the date IMB sets as a decision deadline, all personnel who take the VRI will continue on payroll through December, providing additional time to work through potential transition plans. For mission-field personnel with remaining stateside assignment, IMB leadership will work with those individuals through the ramifications of what that means for their retirement.

What is the timeframe for Phase 2 (“concluding the reset”)?

While the VRI is taking place in fall 2015, IMB leadership will simultaneously be working toward Phase 2, “concluding the reset” of the organization that has begun over the last year. In the next six months, leadership aims to bring this reset to a conclusion by making necessary announcements regarding the structure of Support Services and Mobilization, as well as any updates concerning Global Engagement and Training. At that time, IMB leadership will work through any further personnel adjustments that may need to be made based on the number of personnel who respond to the VRI; any structural changes emerging out of the reset; and any additional information available concerning IMB’s budget and reserves.

How does the financial situation affect the structure of IMB Support Services?

Rodney Freeman, IMB vice president for Support Services — which includes global logistics, personnel and finances — will begin the process of consolidating these three areas into one team.

How does the financial situation affect the structure of IMB Mobilization?

Until a vice president for Mobilization is named, Sebastian Traeger, IMB executive vice president, will lead in recalibrating this area.

How does the financial situation affect the structure of IMB Global Engagement?

While IMB leadership does not foresee major structural changes in the area of Global Engagement, Vice President John Brady and his team, including each of IMB’s affinity leaders around the world, will assess the effects of 600-800 fewer personnel in the IMB, including IMB’s ability to place personnel in particular places or among particular people groups.

How does the financial situation affect the structure of IMB Training?

Zane Pratt, vice president for Training, and his newly forming Training team will continue to re-envision the training of churches, Christians, missionaries and nationals in the 21st century.

How will IMB handle personnel changes after the VRI?

IMB leadership desires to first provide personnel an opportunity to voluntarily transition into work outside of the IMB. In addition, IMB leadership will evaluate the effects of the consolidation of Support Services and the recalibration of Mobilization, as well as any additional adjustments in Global Engagement and Training, to discern the different roles and responsibilities all IMB personnel will have in the future. Many personnel will continue with the exact same roles and responsibilities they have now. Other personnel could potentially redeploy and/or relocate, either within the IMB or beyond the IMB.

How will IMB measure if this two-phase plan is successful?

Ultimately, the goal is to put the IMB in a position to thrive in the future. With constant dependence on God’s Word and continual desperation for God’s Spirit, IMB leadership wants the organization to move forward with innovative vision, aggressively exploring how to best mobilize, train and support limitless missionary teams from churches in North America and the nations to reach the unreached with the gospel. IMB must be a wise steward of its resources, represented most clearly by a balanced budget with responsible reserves. And IMB must operate with a high sense of accountability to the churches we serve, the peoples we reach, and the God we worship.

In summary, what is the goal of these actions?

We must get to a healthy place in the present in order to move forward into the future with innovative vision, wise stewardship and high accountability.