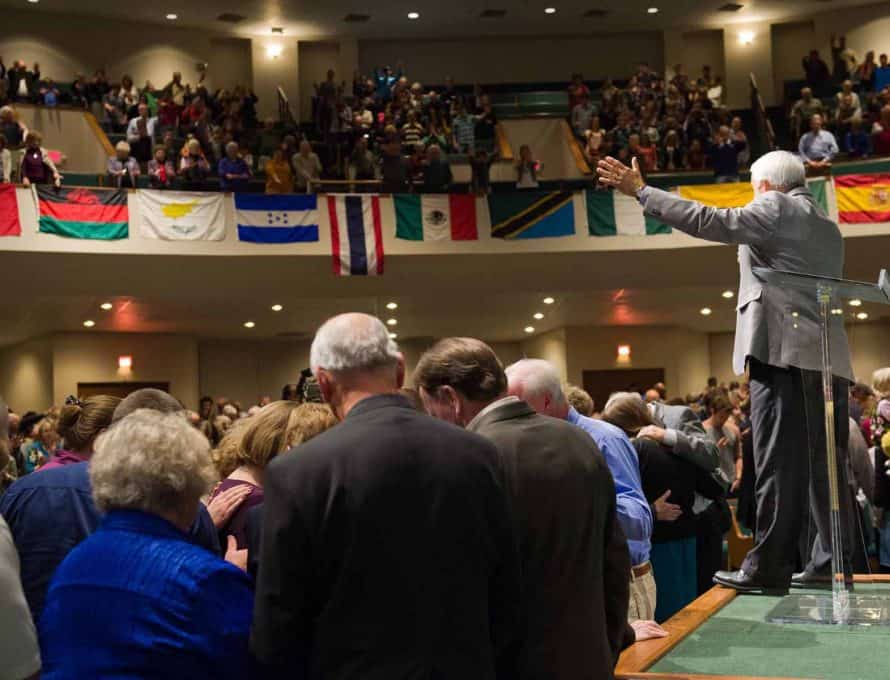 JEFFERSON CITY – Southern Baptists may vary in their opinions about the International Mission Board’s (IMB) recent decision to cut 600-800 staff and field personnel in order to address revenue shortfalls. But John Edie, chairman for the IMB board of trustees and a member of Second Baptist Church, Springfield, said that many people are responding with both sadness and support.

“The reaction has been, needless to say, mixed,” Edie told The Pathway. “But if you had to put it on a scale of 1-100, at least 90 percent of the responses that we’ve received have been overwhelmingly positive—very, very sad, but positive.”

Although this decision did not involve a vote of IMB trustees, Edie said that trustees have studied the IMB’s financial situation for numerous years. At one time, he said, trustees had hoped that the IMB’s revenue shortfalls would find a natural solution as aging missionaries left the field, while being replaced only at a rate that was financially responsible. But they have come to realize that they need to “bite the bullet” and balance the IMB’s operating budget, even if that means losing some IMB field personnel.

“It is not necessarily anybody’s fault,” he added. “It’s not a knock against the churches. The churches have been faithful, for goodness sake. It is just the fact that we can’t fund 4,800 missionaries right now.”

Moreover, he said, the IMB’s action does not necessarily mean that Southern Baptist’s global outreach will diminish, especially since the IMB recently opened up a wide range of pathways for missionary service, some of which require less from the IMB financially.

“This doesn’t mean other missionaries aren’t going to be appointed, aren’t going to be launched out there through different avenues of getting to the field,” Hedger said. “They’ll have to be very strategic and creative in doing that. I just think that is wise. As somebody who does partnership missions strategy, you’re trying to think, ‘How can we do more with less?’ That is a key value.”

Hedger believes that the IMB’s aim to be responsible with the resources God provides will have long-term benefits for Southern Baptist missions. He also hopes that it spurs on prayerful and faithful giving.

“I am 100% in support of Dr. David Platt’s efforts to balance the IMB’s budget,” he said. “I’ve always believed in the ‘Gideon Principle.’ Sometimes ‘less is more.’ I saw these principles in operation during my 18 years of missionary service when I supervised missionaries as part of the IMB administration. The right 4,000 missionaries will be able to perform as well as 5,000 missionaries. The IMB is offering incentives to staff and field personnel to encourage voluntary retirements rather than simply laying off people. Although I am praying that Southern Baptists will give more to the Cooperative Program and Lottie Moon Christmas Offering, in the meantime as a Southern Baptist missions professor, I applaud Dr. Platt’s courageous leadership.”