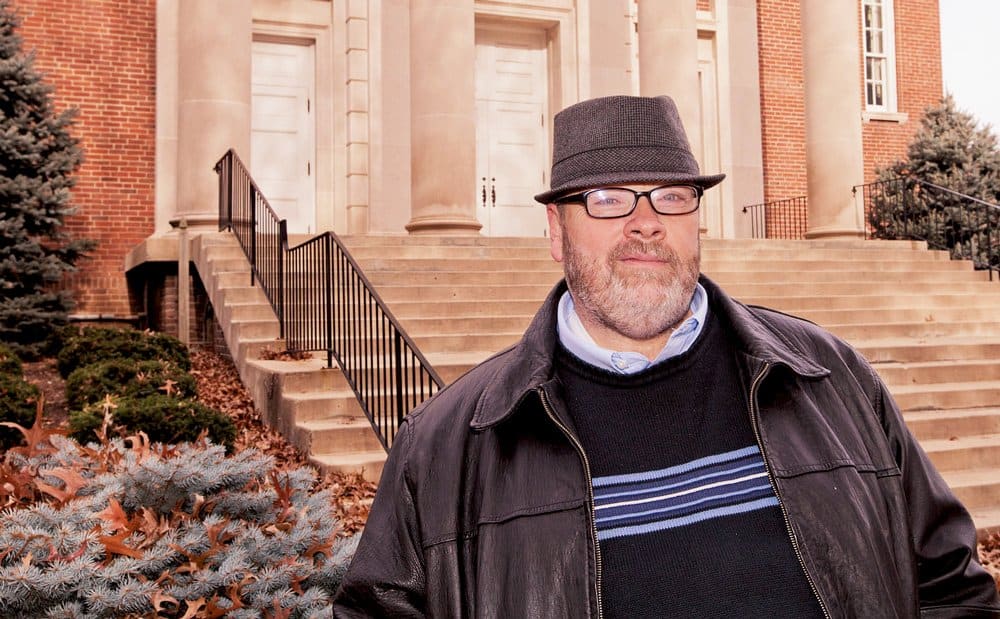 KANSAS CITY – John Mark Clifton stands in front of Wornall Road Baptist Church, here, where Clifton once pastored. The church's attendance had once dwindled to 18 but the church experienced revitalization and growth that lead to attendance averaging 140 or more each weekend.

NASHVILLE – Amid all the young faces making up the crowd at the SEND Conference, there was also talk of the old. Not old Christians – though there were plenty represented – but old and dying churches that can see new life by being replanted to reach their communities for the gospel.

Kansas City’s John Mark Clifton, along with First Baptist, Woodstock, Ga.’s Johnny Hunt, led an Aug. 4 break out session focusing on the idea of legacy church planting and revitalization for several hundred during the missions event.

Clifton, who Hunt called “better at talking, doing and sharing the vision of what happens when you replant a church than anyone I know,” helped replant the dying Wornall Road Baptist Church in Kansas City. Instead of closing its doors for good, it is again a vibrant body of believers that focuses on helping plant – or replant – other churches.

“900 Southern Baptist churches cease to exist every year,” Clifton said. “I know that’s hard to believe, but it’s true. Seventy-seven percent of those are in cities that have actually grown in population. [Nationwide] we may plant 18 or 19 churches a week, but we close 13 or 14 churches a week where people live.

“The local church is a unique organization in the community,” he said. “What does it do the reputation of God when it dies?

“Legacy church planting is simply going into a church that is near death and building on the legacy, ministry and history of that church,” he said. “If you can go in and replant a church right there, even with the few people remaining, you can even keep the same name and facility with a new strategy, desire and emphasis.”

“Success doesn’t mean that the church is bigger than it was last year,” he said. “Eighty percent of Southern Baptist churches will never break 200. Never be concerned with size. Success in replanting is a strong, vibrant, neighborhood church that is so involved in the fabric of that community that even people who have never been there know that somehow that community is going to be damaged because that church is no longer there. If the only people who care about the church is the people who attend, you’ve failed. The community needs to see the church as important because you’re serving it with abandon.

For more information about legacy church planting, go to www.namb.net/revitalization/.