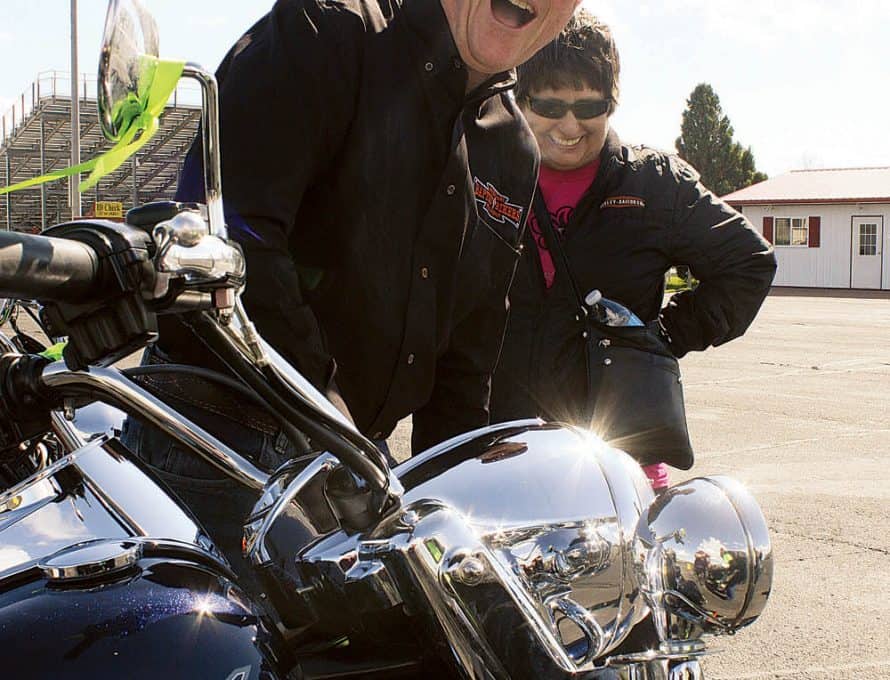 FARGO, N.D. – Philip Dooley’s tires on his KTM 990 Adventure crunched over dirt roads, then glided softly through the grass as he stopped in front of the old, abandoned church house. Nestled in the hills of South Dakota’s Lake Traverse Indian Reservation, the house of worship had long been shuttered.

“It’s the perfect illustration of why planting new churches is so important here,” said Dooley, the interim pastor of First Baptist Church, Gower, Mo., and part of the Missouri Baptist Biker Fellowship (MBBF) ride up I-29 from Kansas City to Fargo. “It’s easier to give birth than it is to resurrect the dead.”

Dooley’s detour in finding the old church one of several shorter side trips in the 1,200-mile roundtrip. About 30 bikers from around Missouri gathered at Midwestern Seminary the morning of June 19 and then roared north up I-29 all the way to Fargo, N.D. The trip was just one element of HIS – the Heartland Interstate Strategy, a coordinated effort to plant new gospel work along the I-29 corridor. Baptist conventions from Missouri, Kansas-Nebraska, Iowa, the Dakotas, Minnesota-Wisconsin and Canada are partnering with the North American Mission Board (NAMB).

The bikers stopped along the way to network with church planters and local biker churches in St. Joseph, Mo., Council Bluffs, Iowa, Omaha,Neb., Sioux City, Iowa, and Sioux Falls, S.D. They also gave away more than 300 “Biker” Bibles to people they met along the way.

“Although our numbers were not as we had hoped, we still accomplished our objective of ministering, serving, networking, and having a kingdom presence on the Interstate and Fargo,” said Doug Schildknecht, pastor of First Baptist, Buckner, and co-president of MBBF. “I was very proud and pleased with our team.”

A mission team from First Baptist, Buckner traveled – by van, not motorcycle – to Fargo to join the MBBF and Fargo’s LIFE Church for a “Show and Shine” (motorcycle and car show) outreach event including giveaways, games and a motorcycle stunt show by Real Encounter Ministries.

“I know … one of our MBBF members lead [a person] to the Lord in Fargo,” Schildknecht said.