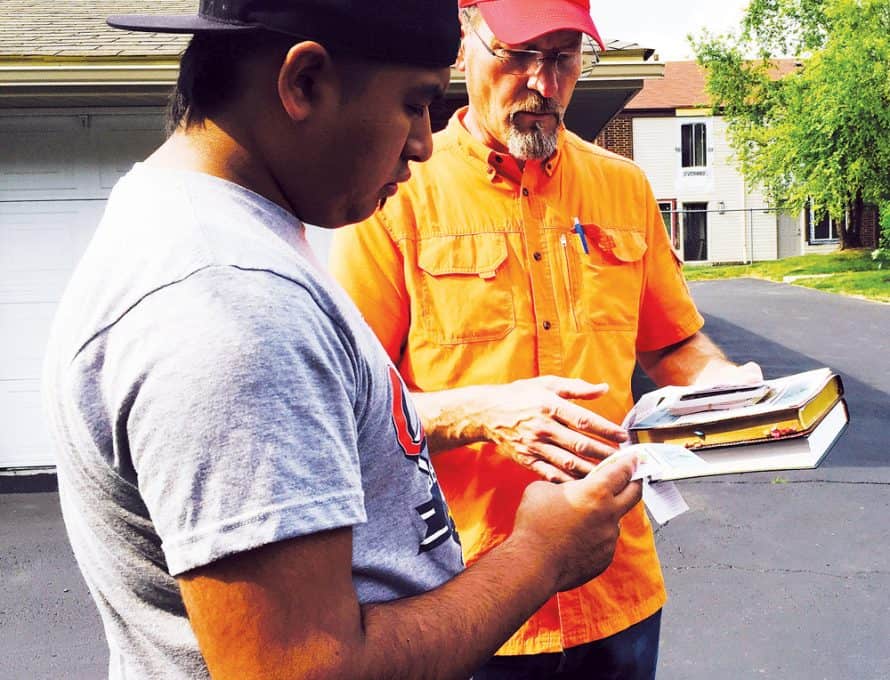 COLUMBUS, Ohio – Students from Midwestern Seminary and North Central Missouri College were among more than 3,300 volunteer missionaries at 47 venues around the city the week before the Southern Baptist Convention annual meeting, knocking on 10,000 doors, sharing 4,900 gospel presentations, resulting in at least 345 professions of faith.

Dianne Barnes, the leader of the Baptist Collegiate Ministry at North Central in Trenton took five students with her, working with Stowe Mission in inner city Columbus. There, the students worked on the facility and interacted one-on-one with the clients, listening to their stories and sharing the gospel when the occasion arose.

“They were challenged to share their story in a gospel conversation at least three times each day, and the students took that as serious as a heart attack. I would look around and everywhere I looked they were sharing. Looking at their faces at the end of the first day, they were so pumped!”

In addition to the eternal differences made in the lives of those accepting Christ in Columbus, Barnes said the effects on her students were extraordinary.

“It is one of the best mentor/discipling a college student could be a part of,” she said. “The organizational team hit a grand slam and it was so neat to see the student interacting with the Disaster Relief volunteer and all the other workers.”

A trio from Midwestern partnered with Crossroads Baptist Church in Columbus helping with three backyard Bible clubs and a Bhutanese Bengali church.

“It was amazing to get to talk (through an interpreter) with someone who doesn’t speak english, but is still interested in a gospel conversation,” said Tom Johnston, a professor of evangelism at Midwestern and interim pastor of First Baptist Church of Polo.

Midwestern will be involved in Crossover St. Louis from the beginning, and Johnston said they and St. Louis Metro Baptist Association are already in conversations with the North American Mission Board about next year’s event.

“Get off the fence and get involved with Crossover,” she said. “You need to be involved in St. Louis and get the experience of sharing Jesus there. NAMB will give you the ways to do it. It’s easy and simple. It’s a direct command from God Himself to be involved in missions and evangelism, so you shouldn’t be praying about if you should do it, just where.”