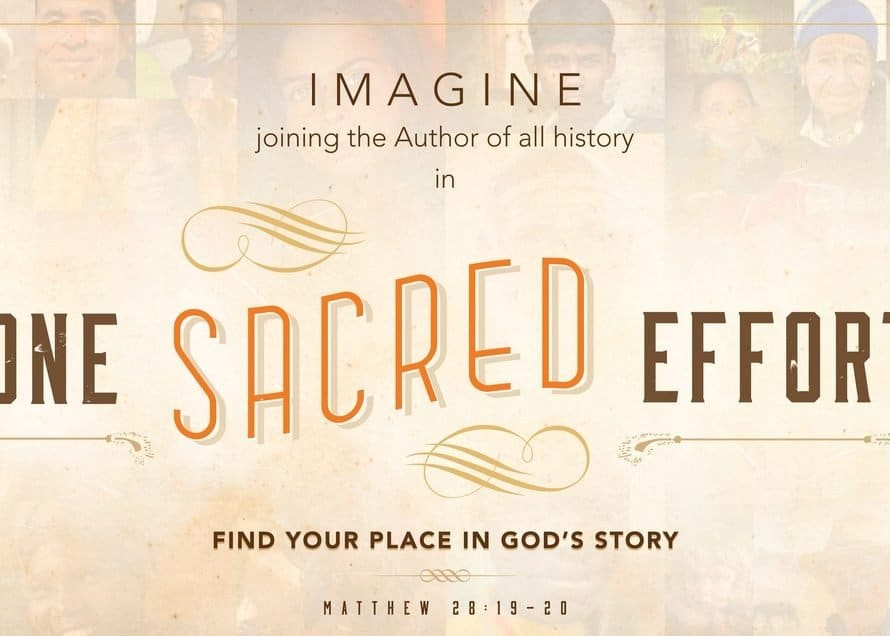 “We have so much grace from God to celebrate in this offering,” IMB President David Platt said. “This is the second-largest Lottie Moon offering ever. It will supply more than half of our total IMB budget. We are deeply grateful for the faithfulness and obedience of the countless churches and individuals who have given sacrificially to this offering. Because they love God more than the pleasures, possessions and pursuits of this world, and because they want to glorify His name among all nations, we’ll be able to partner with them and missionaries sent from Southern Baptist churches around the world to take the Gospel to people who have never heard it.

“Every dollar given to the Lottie Moon offering will enable a man, woman or family to stay on the field, to lift the light of Jesus Christ amidst some of the darkest, most dangerous and difficult-to-reach places, and to make disciples among unreached peoples,” Platt noted. “God has given His people wealth for the sake of His worship, and I praise Him for how this money will serve as a tool in His hands for the multiplication of the church and the magnification of His name.”

“We are grateful for the continued strong financial support and fervent prayers of Southern Baptists for international missions,” Lee said. “Praying for our missionaries and giving of our resources to aid in the work of overseas missions is at the heart of who we are in WMU. As Southern Baptists learn how God is at work around the world, they give of their resources and offer more informed prayers for those who have committed their lives to following the Great Commission into all the world so the Gospel will be proclaimed among all people.”

Platt, who was elected last year to lead Southern Baptists into a new era of international missions, wants to greatly expand pathways for churches and individuals to participate in God’s global mission — especially in cities and difficult places. Those avenues will include many new ways for congregations, professionals, students, retirees and others to join “limitless teams” to reach the unreached.

Full-time missionaries are more important than ever in new approaches. They will lead many of those teams and continue to be the key strategic workers in some of the toughest areas on earth. That’s why the Lottie Moon offering is so crucial: More than 4,700 IMB missionaries depend on it to pay day-to-day expenses and fund their efforts to spread the Gospel.

The Lottie Moon offering — and regular missions giving by churches through the Southern Baptist Convention’s Cooperative Program — fund missionary salaries, housing, medical care, children’s education, field transportation and other expenses. Supporting one fully funded missionary overseas costs an average of $141 per day, or about $51,000 per year.

Every penny of the Lottie Moon offering, named for Southern Baptists’ most famous missionary, goes to the IMB overseas budget, which directly supports missionaries and their work. The 2014 offering will account for more than half of the total 2015 IMB budget of $301.1 million.

The offering, along with Cooperative Program giving from SBC churches, enables missionaries to go into areas untouched by the Gospel, engage people groups with no believers or Scriptures, start churches and make disciples.

IMB missionaries and their ministry partners communicated the Gospel to more than 1.7 million people, led nearly 275,000 people to faith in Christ, baptized more than 190,000 new believers and started more than 13,000 churches and many more believer groups that will become churches, according to IMB’s 2014 annual statistical report (reflecting 2013 year-end statistics). Beyond that, trained disciples among 235 people groups engaged their own people inside their countries. Disciples among 62 people groups engaged different groups or cities within their countries — and workers representing 26 peoples went beyond their own countries to reach different groups.