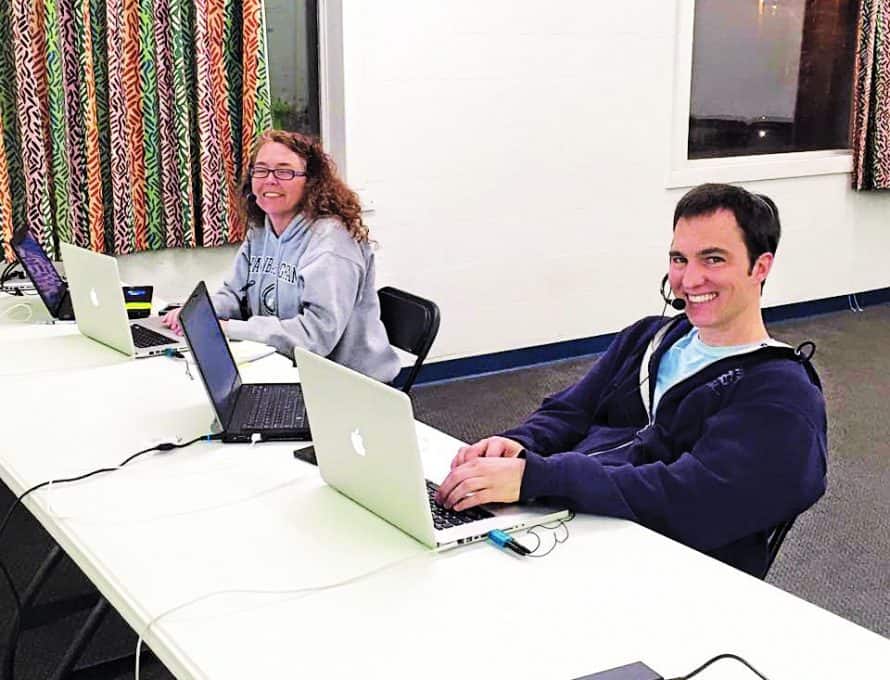 PANAMA CITY BEACH, Fla. – Not many people can spend Spring Break in one of the party hotspots of the world and never wiggle toes in the sand or wade out into the surf, but Denise Banderman did just that. She spent two full weeks as part of LifeWay’s volunteer event staff for Beach Reach, a ministry aimed at partying college students that descend on the beach each year.

Banderman, a member of Stonebridge Community Church in Jefferson City, has been working with Beach Reach since 2003. This year, she acted as a the evening ministry coordinator – a dispatcher of sorts for dozens of church vans providing the quarter-million students there for Spring Break a free ride and chance to hear the gospel.

Among other projects, 800 volunteer students from Baptist collegiate ministries (BCM) across the country help pass out cards with the van hotline’s phone number to Spring Breakers needing a ride – many of whom it is safe to assume have been drinking.

“It’s sort of like a taxi service, but it’s completely free with the hopes of sharing the gospel,” Banderman said. “They’re just happy to get a free ride. The county normally has 100,000 people but during Spring Break there are 350,000 to 400,000 people there. The traffic is terrible.”

Banderman said it doesn’t take very long for word to spread about the free van rides – and about the message that goes along with the trip.

“If people are completely against hearing what we have to say, they just won’t call the hotline,” she said. “But in general people are open. Some are really receptive, some say they are believers and taking a break, and lots are nominal believers.”

Across the two weeks, the vans collectively gave rides to 13,920 people from 9 p.m. to 2 a.m., along with a chance to hear about the saving grace of Jesus. Eighty students responded and accepted Christ as Savior during the week. LifeWay then sends that information to local campus ministries for follow up once Spring Break is over.

“Sometimes volunteers from their school are actually working Beach Reach,” Banderman said. “This year two people that accepted Christ were from Purdue and we had someone from their Baptist Collegiate Ministry we could hand them off to directly to follow up.”

Banderman specifically manages matching students needing rides with vans in their area that will carry the entire party. As soon as a phone call comes in, she dispatches a van and the van’s “call sign” and caller are instantly added to a website / posted in a prayer room where the journey and conversations taking place are prayed over: “Millennium Turtle picking up Susie (party of five) at the Holiday Inn and taking them to Hammerhead Fred’s.”

The BCM students – including students from Hannibal-LaGrange University and University of Central Missouri – also served a free breakfast each day from 10 a.m. to 1 p.m. prepared by Georgia Baptist Disaster Relief workers at a local bowling alley. The two-week total there was 27,795 pancakes.

“They’re just happy to be volunteering when it’s not a crisis,” Banderman said.