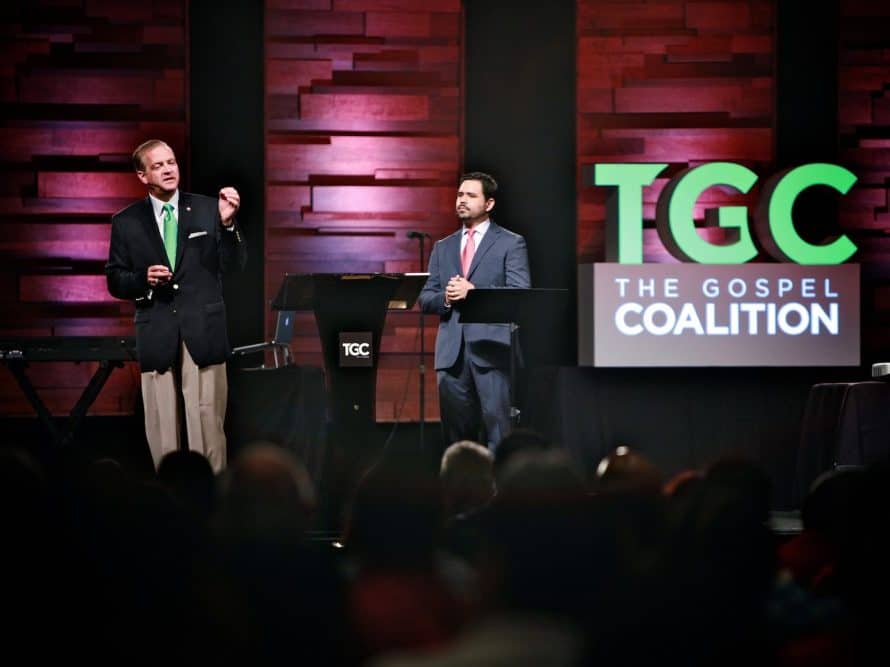 ORLANDO, Fla. (BP) – Calling, covenant, courage, conviction, and character are the marks of Christian leadership in the 21st century, said R. Albert Mohler Jr., president of The Southern Baptist Theological Seminary, in an April 13 message at the first ever Spanish pre-conference for The Gospel Coalition National Conference in Orlando.

“As we follow the storyline of Scripture, we see that God’s people, whenever and wherever they are found, are characterized and often identified by their leadership,” Mohler said. “When we think about leadership in a new millennium, and we think about the leadership challenges we’re all going to face in the future, our main responsibility is to go back to the Scriptures to be instructed about leadership.”

Preaching through an interpreter from Joshua 1:1-9, Mohler opened his message with a description of the current American political landscape as three candidates have officially declared for the 2016 presidential race. The world, he said, will witness a “phenomenal” change when the United States elects its next president, and voters will decide their candidate on the basis of strong leadership. Mohler said this is indicative of a secular understanding of leadership that seeks the best way to develop leaders and reap the benefits.

“To operate from a biblical, Christian worldview is to be reminded that leadership is not an accident,” Mohler said. “As Christians, we understand leadership is based on something far more fundamental. … Every single human being is made in the image of God.”

According to Mohler, who wrote the 2012 book The Conviction to Lead: 25 Principles for Leadership that Matters, the first key of Christian leadership is a calling from the Holy Spirit. The church must recognize the calling in Christian leaders, he said, holding them accountable to the Word of God and submitting to their leadership.

“Leadership is one of the most important issues Christians can consider,” Mohler said. “We’re starting in a different place than the secular world. We’re starting with leadership being a part of God’s divine plan, and with the call as that great assurance.”

When leaders obey God’s calling, they are held accountable for their faithfulness to God’s covenant purposes in the church, Mohler said. In addition to covenant faithfulness, obedience to God’s call produces courage in the understanding that God will accomplish his purposes.

“If God is building his church, then nothing gained will ever be lost,” Mohler said.

Conviction, Mohler noted, is when the truths of God’s Word take root in his people through the preaching and example of his leaders. According to Mohler, conviction is best conveyed by words.

“The miracle of preaching is the Holy Spirit taking God’s truth from ear to heart,” Mohler said.

The final key to Christian leadership that Mohler explained is character. Leadership and character are “indivisible,” Mohler said, but the church will place its highest hopes in the character of Jesus, who never fails.

“Our ultimate confidence is in no human leader whom we are called to follow, but in the fact that we serve King Jesus,” Mohler said.

Sills, A.P. and Faye Stone Professor of Christian Missions, participated in a panel discussion with Latin American pastors and instructed a Southern Seminary conference course in Spanish for students who registered for course credit and attended the pre-conference.