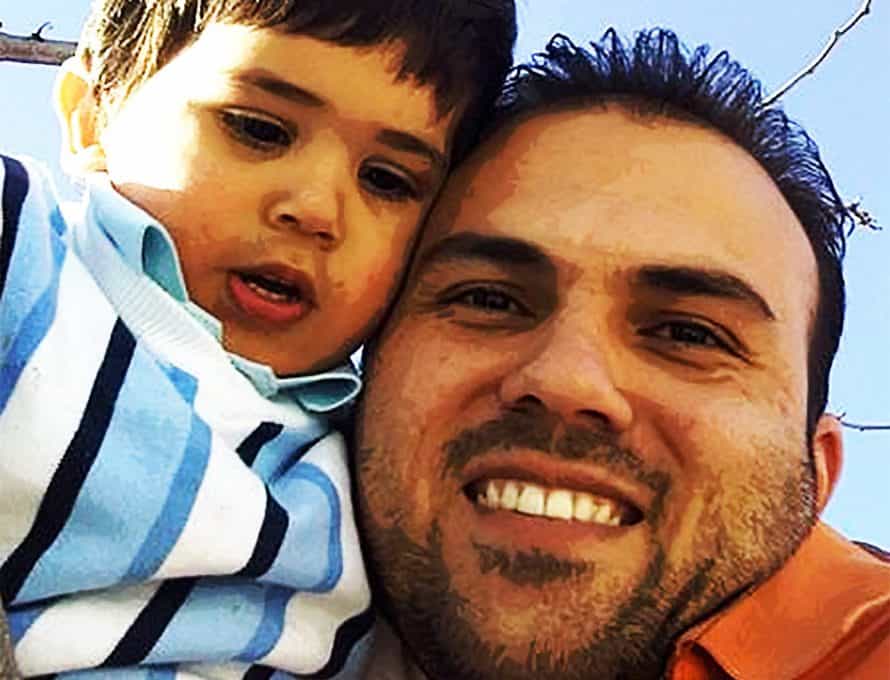 BOISE, Idaho (BP) – Written in the wobbly penmanship of a 7-year-old who has said he misses his dad “a thousand lots,” Jacob’s card invites his father to his birthday party today, March 17.

But his father, American pastor Saeed Abedini, imprisoned since Sept. 26, 2012, under harsh conditions in Iran because of his Christian faith, cannot attend at the family’s home in Boise, Idaho. Instead, Abedini wrote a letter offering his son the “gift of salvation.”

“Even though I AM NOT there with you, I AM is there with you,” Abedini wrote his son in a letter posted on the American Center for Law and Justice (ACLJ) website. “God came in human flesh in Jesus Christ all the way from heaven to the earth to give us the gift of salvation by being crucified on the cross for the punishment of our sin. So on this special day, I want you to accept this gift of salvation. Invite Jesus into your heart as you have invited me to your birthday.”

Abedini’s letter comes nearly two months after President Obama told the family in a Jan. 21 meeting in Boise that he would “try” to secure the pastor’s release in time for the birthday celebration. The Obama administration has said it is continuing efforts to that end, as others work to free Abedini, including the ACLJ and Abedini’s wife Naghmeh.

On March 13, the ACLJ’s international affiliate the European Centre for Law and Justice (ECLJ) testified before the United Nations Human Rights Council (UNHRC) on Abedini’s behalf, pointing out Iran’s violation of the U.N. Charter and asking the U.N. to demand Abedini’s immediate release.

“Despite recommendations from the UNHRC Working Group on Arbitrary Dentition issued on 26 August 2013, which found his detention in violation with international covenants and urged his immediate release, the Islamic Republic of Iran has continued to detain Mr. Abedini while denying him access to necessary medical care,” states the ECLJ testimony on the ACLJ website. “Therefore, the Islamic Republic of Iran fails to uphold its international obligations as well as basic principles of human dignity.”

The ECLJ stated Abedini, imprisoned since 2012, was: “(1) arrested and imprisoned by Iranian Revolutionary Guard; (2) repeatedly beaten in prison; (3) denied access to medical care made necessary by this abuse; (4) denied access to his attorney until mere hours before his trial; (5) given a sham trial before a judge so notoriously biased and corrupt that he was condemned by the European Union for issuing egregious verdicts; (6) disallowed, along with his counsel, from attending the second day of his trial; and (7) sentenced to eight years in prison for exercising his Christian faith.”

On March 11, ACLJ Chief Counsel Jay Sekulow testified before a U.S. Senate subcommittee regarding the thousands of persecuted Christians globally, including at least 92 known Christians imprisoned for their faith in Iran. Keeping Abedini’s “case in the international spotlight is quite literally keeping [the pastor] alive.”

In February, the U.S. State Department arranged for Naghmeh Abedini to travel to Washington to meet David Saperstein, U.S. ambassador-at-large for international religious freedom, to discuss efforts to free the pastor.

Abedini was sentenced Jan. 27, 2013, to eight years in prison on charges he threatened national security by planting house churches in Iran years earlier, and had been under house arrest since July, 2012. Abedini’s wife and two children, Jacob and 8-year-old daughter Rebekka Grace, have not seen the pastor since his arrest.