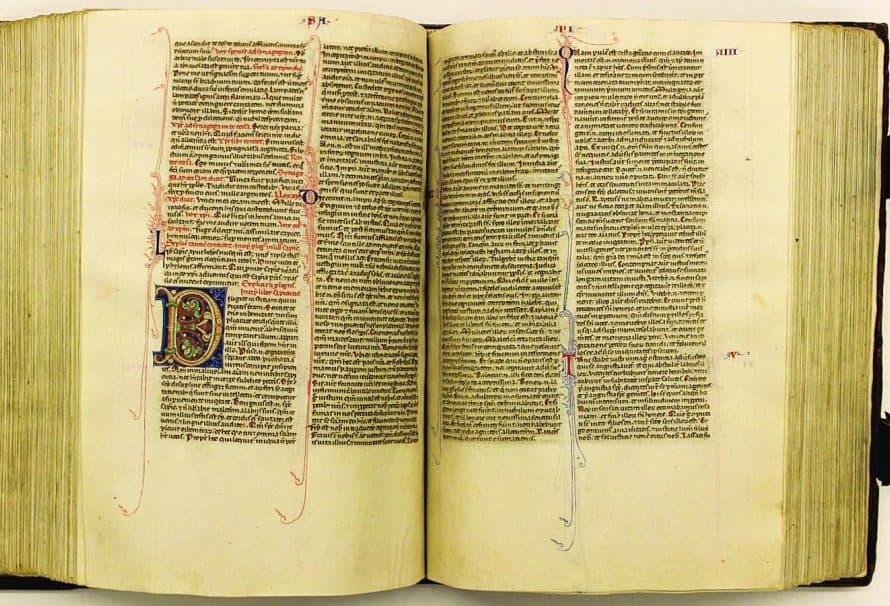 WASHINGTON – Less than a year after defending their biblical convictions before the United States Supreme Court, owners of the Oklahoma-based arts and crafts retailer Hobby Lobby are taking steps to bring greater renown to the Word of God.

The Green family—the Southern Baptist owners of Hobby Lobby—celebrated in February as construction began on the 430,000-square-foot Museum of the Bible here, which will display the story of Scripture’s history before a worldwide audience beginning in 2017.

When the Green family began collecting these artifacts in 2009, they never intended to hoard them, according to Museum of the Bible Director of Church Engagement Mike McAfee. Rather, they want to honor God’s Word publicly, and they believe these treasures of Bible history will tell “an amazing story about how God’s Word has survived and thrived” through the centuries.

“We hope that it has a tremendous impact,” said McAfee, who is Hobby Lobby President Steve Green’s son-in-law and a pastor to young adults at Council Road Baptist Church in Oklahoma City, Okla. McAfee is also a featured speaker at the Missouri Baptist Convention’s Worldview Conference at Hannibal-LaGrange University, April 2.

“The Bible has been under a lot of scrutiny, and rightly so in that it is the most significant document in the history of the world,” McAfee said. “Because of the scrutiny it has received we simply want to help people come face to face with the facts—with the fact that we have tremendous evidence that the words that we have today are what was written back then.”

For the Green family, however, Scripture is not merely a relic from a bygone era. Rather, it is God’s living Word, and they have tried to obey its principles in every area of life—including in their business pursuits.

In recent years, the Green family’s attempt to remain faithful to God’s Word has put them in the national spotlight. In 2012, they filed a lawsuit against the Department of Health and Human Services (HHS), arguing that an HHS mandate would force them to violate their biblical convictions regarding the sanctity of life. It would force them to provide insurance coverage for forms of contraceptive that cause abortion. Last June, U.S. Supreme Court Justices sided with Hobby Lobby and the Green family.

During the Worldview Conference, McAfee will not only share about the Museum of the Bible, but he will describe the Green family’s attempt to obey Scripture, even when it took them before the Supreme Court.

McAfee expressed excitement about speaking at the conference.

“It is a great conference to have in our day,” he said. “To understand worldview is a mark of a leader. Leaders have to understand what they believe and why they believe it, because the convictions that they hold will work themselves out in the way that they are leading.”

Registration for the Worldview Conference is available at www.mbcpathway.org/worldview.