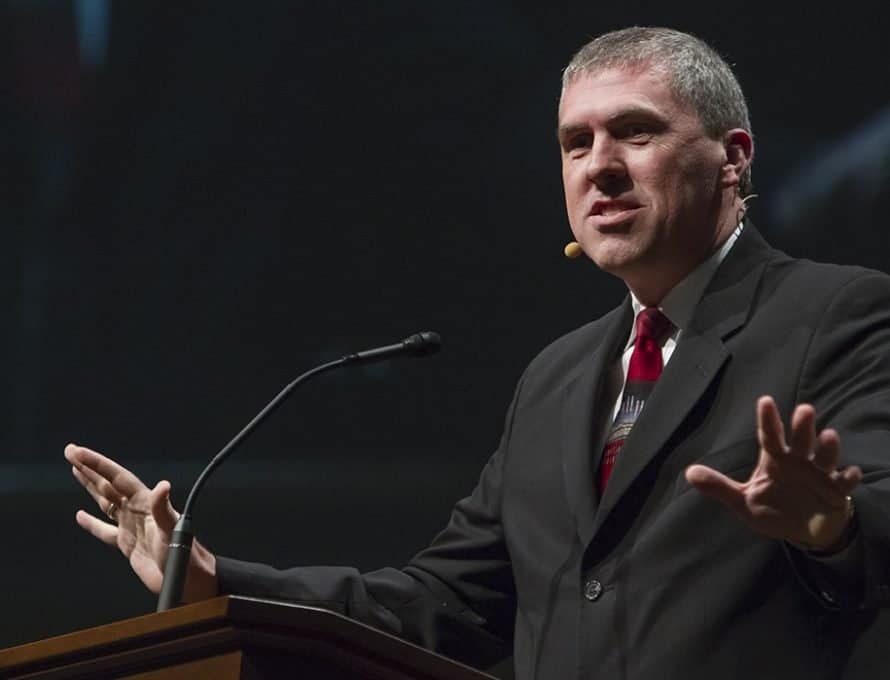 HANNIBAL – Recent news has highlighted the threat to religious liberty Christians face as they defend their beliefs about marriage: An Atlanta, Ga., fire chief is booted from his job for upholding the biblical definition of marriage; a Southern Baptist grandmother may lose her business, home and savings after a Washington judge said she violated state laws by refusing to provide floral arrangements for a same-sex “wedding.”

Baptists will see an increase in such attacks upon religious liberty if the Supreme Court rules in favor of same-sex “marriage” later this year, said Bart Barber, pastor, FBC, Farmersville, Texas, and first vice-president of the Southern Baptist Convention.

Barber will be among the featured speakers at the Worldview Conference, an event sponsored by the Missouri Baptist Convention’s (MBC) Christian Life Commission (CLC) and hosted by Hannibal-LaGrange University here, April 2. During the conference, Barber will describe Baptist interaction with the cause of religious freedom.

Baptists “have long staked out that territory for themselves,” Barber said. “We have religious liberty in the United States to a significant degree because of what Baptists did. …

“We’ve had periods of time when we needed to fight for religious liberty not out of self-interest, but out of concern for others, and for fairness and on principle.”

But, especially if the Supreme Court rules in favor of same-sex “marriage,” Southern Baptists will need to defend religious liberty “out of self-interest,” Barber said, adding that “areas of entanglement between our ministries and the government are all going to be fraught with peril because of this ruling.”

More importantly, he said, Southern Baptists need to defend religious liberty—as they always have—for the sake of the gospel. Lying behind the Baptist defense of religious liberty is a belief that, if the gospel message is freely proclaimed, it will bear fruit.

“We believe that the gospel is powerful to move people that are not otherwise coerced at all – no external compulsion – because the internal compulsion of the Holy Spirit is sufficient to bring people to trust in Christ,” Barber said.

For more information on the conference visit www.mbcpathway.org/worldview.