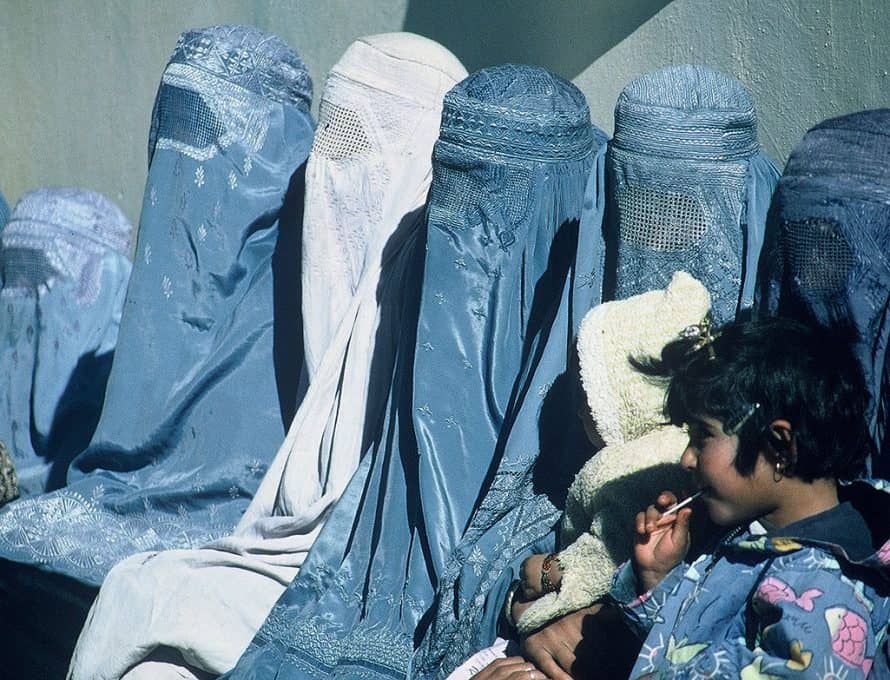 NASHVILLE – As President Obama seeks to ramp up military action against the terrorist group known as ISIS, Americans remain uneasy over the place of Islam in the United States and in the world, a LifeWay Research survey shows.

More than a third (37 percent) say they are worried about Sharia law – an Islamic legal and moral code – being applied in America.

“ISIS has stirred an odd religious debate in America today,” Ed Stetzer, executive director of LifeWay Research, said. “In a nation that has long espoused religious freedom, Americans are thinking long and hard about the kind of society Islam fosters – especially the more radical groups that say they are Islamic – and whether Sharia law would ever be adopted here.” 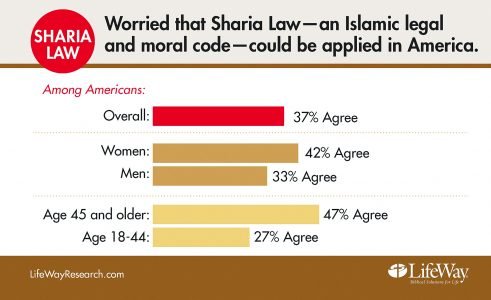 A terrorist attack on a satirical magazine in Paris last month and the rise of ISIS have renewed concerns over extremist versions of Islam. In particular, ISIS is known for its brutality. Its fighters executed a number of prisoners over the past year, most recently a pilot from Jordan and a Japanese journalist. The death of a young American aid worker, also captured by ISIS, was confirmed earlier this month, according to media reports.

And the group has terrorized civilians in large swaths of Syria and northern Iraq.

Since last year, the U.S. military has helped conduct air strikes against ISIS. President Obama and other U.S. leaders have argued the group – also known as ISIL – is a terrorist organization, not a religious group.

“Now let’s make two things clear,” the president said in a Sept. 10, 2014 address to the nation. “ISIL is not Islamic. No religion condones the killing of innocents. And the vast majority of ISIL’s victims have been Muslim.”

But few Americans believe ISIS reflects what a society shaped by Islam looks like.

About a quarter (27 percent) agree with the statement, “ISIS is a true indication of what Islam looks like when Islam controls a society.” Close to half (47 percent) disagree, and a quarter (26 percent) are not sure.

Pastors, researchers found, are critical about the nature of Islam.

Few evangelical pastors agree (23 percent), but that number jumps to 4 in 10 (42 percent) for Mainline pastors.

About half of pastors (45 percent) say ISIS gives a true indication of what an Islamic society looks like. A similar number (47 percent) disagree.

Overall, more than one-third (37 percent) of Americans are worried about Sharia law being applied in the United States.

Americans are also divided over how peaceful Islam is at heart.

About 4 in 10 Americans (43 percent) agree with the statement, “True Islam creates a peaceful society.” A similar number (39 percent) disagree. One in 5 (18 percent) is unsure.

Evangelicals are particularly skeptical about Islam’s role in public life. Only a third (33 percent) agree true Islam creates a peaceful society. “Every religion has a broad spectrum of groups that fall under their umbrella,” Stetzer said. “Who is mainstream or extreme, who is orthodox or heretical is often a topic of fierce debate.”