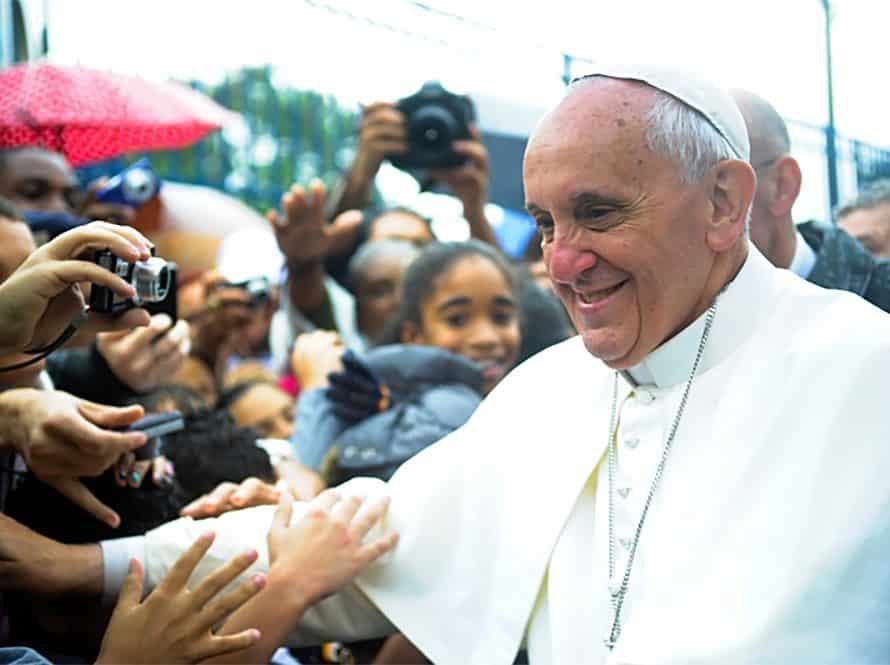 This is the first in a four-part series on Roman Catholicism.

The Roman Catholic Church traces its beginning to the apostle Peter, claiming he is the rock upon whom Jesus built His church (Matt. 16:18). Following Peter is an unbroken line of successors stretching to Pope Francis today.

Non-Catholics, on the other hand, establish the beginning of the Roman Catholic Church at A.D. 590 with Gregory I, who consolidated the power of the bishopric in Rome.

In any case, the Catholic Church is the world’s largest Christian denomination, with 1.2 billion members. The Catholic hierarchy includes cardinals and bishops and is led by the bishop of Rome, also known as the pope.

The Catholic Church teaches that it is the one true church divinely founded by Jesus Christ. In addition, it claims that its bishops are the successors of Jesus’ apostles, and that the pope, as the successor to the head of the apostles (Peter), has supreme authority over the church.

While the Catholic Church claims to be the one true church, Catholics worldwide hold to a diversity of beliefs. Researcher Ken Samples, cited in Christian Research Journal, has concluded that there are six primary categories of Roman Catholics:

Ultratraditional Catholics defend historical Catholicism and are critical of recent changes such as those coming out of the Second Vatican Council (Vatican II) in the 1960s. Among other reforms, Vatican II sought to give lay Catholics a greater role in the mass and to make the Scriptures more widely available in the people’s own language.

Traditional Catholics resist liberalism and modernism within the church, yet they generally accept the reforms of Vatican II.

Liberal Catholics celebrate human reason over the authority of the church; they also question the infallibility of the pope, church councils, and the Bible.

Cultural Catholics are “womb-to-tomb” Catholics – born, baptized, married, and buried in the church. They essentially go through the motions of their faith without much regard for its meaning.

In addition, Catholics stand with evangelical Christians on certain issues of ethics and morality such as the sanctity of human life.

Historically, the Vatican has emphasized that union with the Catholic Church is essential to salvation. The Council of Trent in the 16th century declared that anyone holding to the doctrine of salvation by grace through faith is anathema.

However, the Second Vatican Council declared that non-Catholics are “separated brethren,” even though the church continues to hold to the findings of its historical councils. In other words, the church insists that Rome is the narrow way to eternal life, although it insists less stridently than before.

It’s important that evangelical Christians not paint all Roman Catholics as unbelievers. The Lord judges the heart, and many Catholics today hold to an evangelical understanding of Scripture while remaining active participants in parish life.

At the same time, the differences between Roman Catholic doctrine and Scripture are profound, as we see in part two of this series.

Next: What do Roman Catholics believe?

To schedule Rob to speak or conduct an apologetics workshop at your church, call 537.636.0400 ext. 304. To download free apologetics resources visit www.oncedelivered.net.