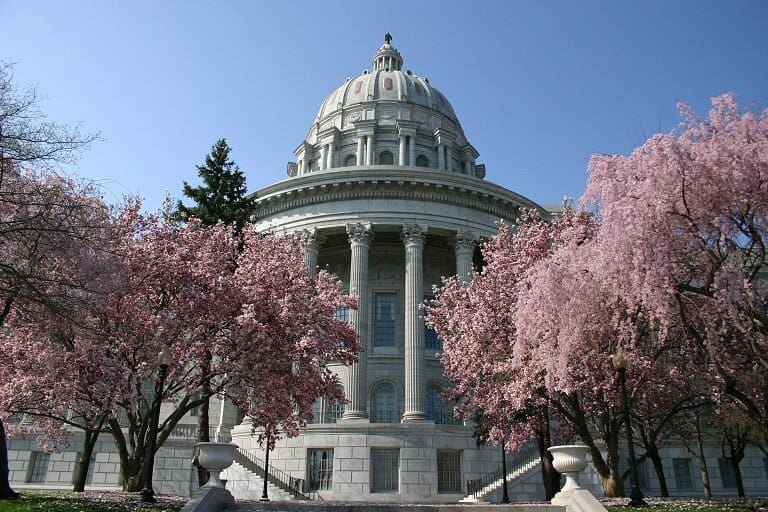 JEFFERSON CITY – After he proposed House Bill 104 in the Missouri legislature at the beginning of this session, Springfield Republican Elijah Haahr was smeared with verbal attacks on social media outlets, blog posts and online articles. Some of the bill’s opponents posted angry messages criticizing Haahr and his family, even commenting on photos of his children. Some called him a Nazi. At least one promised to “cheer” should ISIS behead him.

Why did this online onslaught erupt over Haahr’s legislative proposal? Because House Bill 104 protects religious organizations on Missouri university campuses from being forced to accept as leaders or members anyone who refuses to accept the group’s core beliefs–including homosexuals.

Although House Bill 104 does not mention the practice of homosexuality, the bill’s opponents have made the connection: The bill would protect religious organizations that affirm the Bible’s condemnation of homosexuality by allowing them to select members and leaders that also affirm these beliefs.

The proposition of House Bill 104 follows upon a policy introduced in 2011 at the California State University system, which required 23 InterVarsity Christian Fellowship chapters on 19 campuses to recognize any student as a potential leader, even if that student should reject the group’s core beliefs. Because these chapters of InterVarsity Christian Fellowship refused to comply with this policy, they lost official recognition on campus.

Similarly, Vanderbilt University cast out InterVarsity Christian Fellowship as an official campus organization–and for the same reason that the California State University system did.

“College campuses continue to derecognize any religious organizations requiring leaders to hold a set of beliefs,” he said in a Sept. 5, 2014, edition of his podcast, The Briefing. “What we have here is not the case of a university saying that it objects to this or that belief, but rather to the fact the InterVarsity Christian Fellowship, or any Christian organization for that matter, would require any beliefs whatsoever–any beliefs at all.”

However, as with debate about Haahr’s religious liberty bill in Missouri, the “key issues” surrounding policies at California State University and Vanderbilt “are related to sex, sexuality, sexual orientation and sexual preference,” Mohler said. “What we’re looking at here is the very fact that the requirements of biblical authority, of Christian orthodoxy, … just might–the argument by the politically correct administrators go–make some moral judgment that would be negative towards someone, or anyone’s, sexual practices or sexual orientation. According to the new thought police on America’s college and university campuses, that is simply unacceptable.”