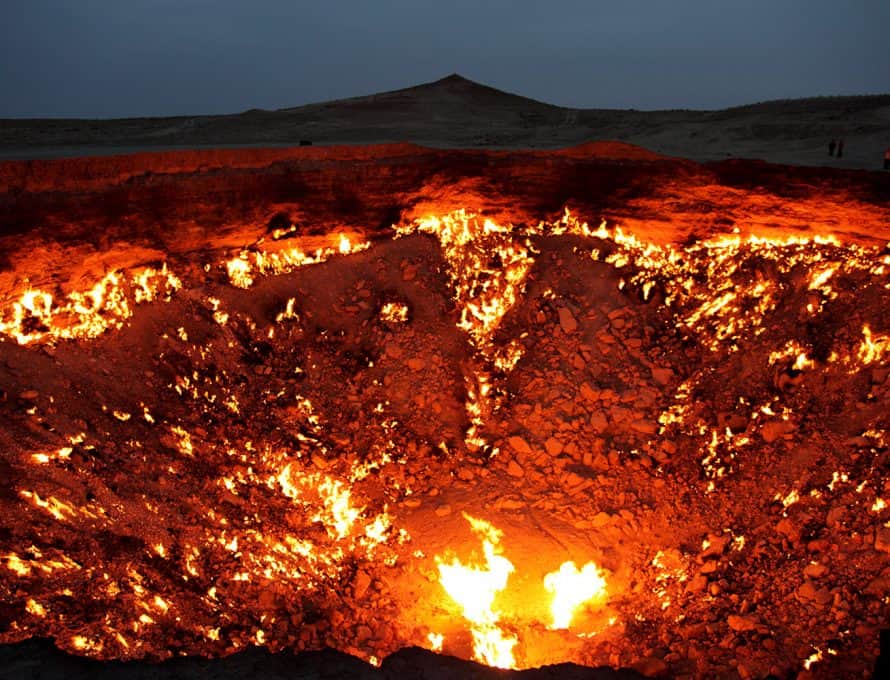 John Shore recently authored a commentary for Patheos entitled, “What Christianity Without Hell Looks Like.” Patheos is a website providing information about various religions.

Reprinted in TIME Ideas and complete with a photo of a dove soaring in the sunlight, the article’s main point is that Christianity without hell “would allow Christians to point upward to God’s love.”

Shore is a popular Christian blogger and author, yet his column features a string of shockingly bad theological statements that nevertheless resonate well in today’s relativistic culture.

Let’s look at just four of his false statements.

If Shore’s statement merely questions whether the fires and darkness of hell are literal, he might have a point. Many evangelical scholars argue that Jesus and the New Testament writers use figurative language to describe unbelievers’ post-mordem separation from God.

But clearly this is not Shore’s point. He denies the very existence of hell.

Further, he sloughs off compelling Scriptures that place homosexuality in the same category as other sexual sins such as adultery. By tying homosexuality and hell together as alleged false doctrines, he commits a double fault.

2. Hell is a fear tactic

“Over the centuries those in positions of power within institutions of Christianity have methodically, relentlessly, and with great art used the doctrine of hell to exploit the innate fear of death that is harbored by one and all.”

Here, Shore commits the logical fallacy of false cause, presuming that a real or perceived relationship between things means that one is the cause of the other.

While it’s true that some Church leaders and institutions have used the fear of hell to extort money and favors from the faithful, these shameful deeds do not disprove the reality of hell. The reality of hell has nothing to do with one’s opinion about it, or someone’s abuse of its existence.

Hell exists because Jesus created it for the punishment of Satan and demons (Matt. 25:41) and then warned people not to take that same judgment upon themselves by rejecting Him (John 16:7-11).

“A Christianity without hell would have nothing to recommend it but the constant and unending love of God. It would allow Christians to point upward to God’s love – but never downward to His/Her wrath.”

This is a common mischaracterization of God – that because He is love, He cannot hate anything or express divine wrath.

But think about it: How loving is a God who does nothing about humanity’s most monstrous sins?

Human beasts like Hitler, Stalin, and Pol Pot are responsible for the slaughter of millions of people whose lives ended in starvation, torture, human experimentation, or execution. How can the mere death of these tyrants by any means satisfy divine justice?

If we accept the doctrine of universalism as Shore seems to envision it, we must admit that Osama bin Laden and Mother Teresa are feasting at the same banquet table. Without the existence of hell, life indeed is cruel and life’s Creator is eternally unjust.

4. Without hell we don’t need salvation

“A Christianity without hell would be largely unevangelical, since there would be nothing to save anyone from.”

Shore assumes that an absence of evangelism is a good thing. But the “good news” of Jesus Christ must be placed in its proper context. The gospel is the wonderful story of God’s redeeming grace. He rescues us from our lost state by sacrificing His own Son on the cross, satisfying His justice and extending to us a restored relationship with Him by faith.

If God simply shrugs at our wickedness, He is neither holy nor truly loving. Worse, He is guilty of divine child abuse by sending His Son to die for no good reason.

The doctrine of Christ’s finished work at Calvary stands or falls on the reality of hell. Christian author Daniel Strange profoundly makes this case when he writes, “Let us be quite clear. If we lost hell, we will eventually lose the cross, for if there is no hell, there is no real point in the cross.”