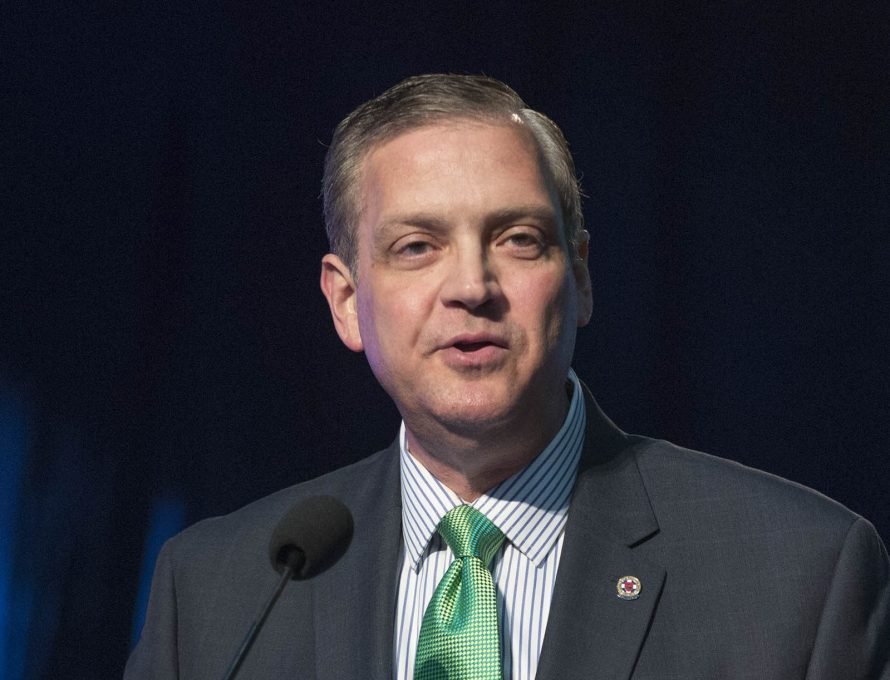 Newsweek magazine decided to greet the start of 2015 with a massive cover story on the Bible. For decades now, major news magazines have tended to feature cover articles timed for Christmas and Easter, taking an opportunity to consider some major question about Christianity and the modern world. Leading the journalistic pack for years, both TIME andNewsweek dedicated cover article after article, following a rather predictable format. In the main, scholars or leaders from very liberal quarters commented side-by-side those committed to historic Christianity on questions ranging from the virgin birth to the resurrection of Christ.

When written by journalists like Newsweek‘s former editor Jon Meacham or TIME reporters such as David Van Biema, the articles were often balanced and genuinely insightful. Meacham and Van Biema knew the difference between theological liberals and theological conservatives and they were determined to let both sides speak. I was interviewed several times by both writers, along with others from both magazines. I may not have liked the final version of the article in some cases, but I was treated fairly and with journalistic integrity.

So, when Newsweek, now back in print under new ownership, let loose its first issue of the New Year on the Bible, I held out the hope that the article would be fair, journalistically credible, and interesting, even if written from a more liberal perspective.

But Newsweek‘s cover story is nothing of the sort. It is an irresponsible screed of post-Christian invective leveled against the Bible and, even more to the point, against evangelical Christianity. It is one of the most irresponsible articles ever to appear in a journalistic guise.

The author of the massive essay is Kurt Eichenwald, who boasts an impressive reputation as a writer and reporter for newspapers like The New York Times and magazines including Vanity Fair. A two-time winner of the George Polk Award, he was also a finalist for a Pulitzer Prize. Eichenwald, however, has been primarily known for reporting and writing in a very different area of expertise. Most of his writing has been on business and financial matters, including business scandals.

When it comes to Newsweek‘s cover story, “The Bible: So Misunderstood It’s a Sin,” Eichenwald appears to be far outside his area of expertise and knowledge. More to the point, he really does not address the subject of the Bible like a reporter at all. His article is a hit-piece that lacks any journalistic balance or credibility. His only sources cited within the article are from severe critics of evangelical Christianity, and he does not even represent some of them accurately.

The opening two paragraph of the article sets the stage for what follows:

“They wave their Bibles at passersby, screaming their condemnations of homosexuals. They fall on their knees, worshipping at the base of granite monuments to the Ten Commandments while demanding prayer in school. They appeal to God to save America from their political opponents, mostly Democrats. They gather in football stadiums by the thousands to pray for the country’s salvation.

They are God’s frauds, cafeteria Christians who pick and choose which Bible verses they heed with less care than they exercise in selecting side orders for lunch. They are joined by religious rationalizers—fundamentalists who, unable to find Scripture supporting their biases and beliefs, twist phrases and modify translations to prove they are honoring the Bible’s words.”

What is really going on here? Did some fundamentalist preacher run over young Kurt Eichenwald’s pet hamster when the reporter was just a boy? He opens with the most crude caricature of evangelical Christians — one unrecognizable in the vast majority of evangelical churches, and even to credible journalists. But the opening lines are truly a foretaste of what follows.

Amazingly, Eichenwald claims some stance of objectivity. “Newsweek’s exploration here of the Bible’s history and meaning is not intended to advance a particular theology or debate the existence of God,” Eichenwald insists. “Rather, it is designed to shine a light on a book that has been abused by people who claim to revere it but don’t read it, in the process creating misery for others.”

But Eichenwald demonstrates absolutely no attempt to understand traditional Christian understandings of the Bible, nor ever to have spoken with the people he asserts “claim to revere [the Bible] but don’t read it.” What follows is a reckless rant against the Bible and Christians who claim to base their faith upon its teachings.

In a predictable move, Eichenwald claims to base his research on “works of scores of theologians and scholars, some of which dates back centuries.” But the sources he cites are from the far, far left of biblical studies and the most significant living source appears to be University of North Carolina professor Bart Ehrman, who is post-Christian. Even so, he makes claims that go far beyond even what Bart Ehrman has claimed in print.

No knowledgeable evangelical claims that the Bibles we read in English are anything other than translations. But it is just wrong and reckless to claim that today’s best translations are merely “a translation of translations of translations.” That just isn’t so — not even close. Eichenwald writes as if textual criticism is a recent development and as if Christian scholars have not been practicing it for centuries. He also grossly exaggerates the time between the writing of the New Testament documents and the establishment of a functional canon. He tells of the process of copying manuscripts by hand over centuries as if that seals some argument about textual reliability, wrongly suggesting that many, if not most, of the ancient Christian scribes were illiterate. He writes accurately of the Greek used in the New Testament, and then makes an argument that could only impress a ten year old:

“These manuscripts were originally written in Koiné, or ‘common’ Greek, and not all of the amateur copyists spoke the language or were even fully literate. Some copied the script without understanding the words. And Koiné was written in what is known as scriptio continua—meaning no spaces between words and no punctuation. So, a sentence like weshouldgoeatmom could be interpreted as ‘We should go eat, Mom,’ or ‘We should go eat Mom.’ Sentences can have different meaning depending on where the spaces are placed. For example, godisnowhere could be ‘God is now here’ or ‘God is nowhere.’”

Isn’t that clever! But there is no text in the Bible in which this is truly a problem. Context determines the meaning, and no mom is in any danger of being eaten due to confused punctuation. That might impress a fifth-grade class, but not any serious reader. Later in his essay he makes essentially the same argument when he deals with the Greek word translated as worship when the text refers to deity. He rightly points out that translators use other terms when the context is merely human. Yes, the same word is used, but not in the same sense. This is not a translator’s sleight of hand, but common sense. Similarly, when a British nobleman is addressed as “Your Lordship” in public, this does not mean that he is being worshiped in the same sense as when a Christian speaks of the lordship of Christ. Common sense indicates that the same word has a different meaning in a different context.

He turns to text critical questions related to the long ending of Mark’s Gospel (16:17-18) and the account of Jesus and the woman caught in adultery in John’s Gospel. These questions would not trouble any first-year seminarian in an evangelical seminary, but they are presented in the article as blockbuster discoveries. Furthermore, with reference to the woman caught in adultery, Eichenwald states: “Unfortunately, John didn’t write it. Scribes made it up sometime in the Middle Ages.” But the fact that the account is not found in the older manuscripts of the Gospel of John does not mean, in any credible sense, that scribes simply made it up in the Middle Ages. Eichenwald seems unaware of the very category of oral tradition.

He also presents a twisted version of Emperor Constantine’s influence in Christian history, getting right the fact that Constantine called and influenced the Council of Nicaea but getting facts wrong when he claimed that Constantine influenced the formation of the New Testament canon by determining which books were to be included. His accusation of political intrigue by Constantine on the question of Christ’s deity appears, within the totality of Eichenwald’s essay, as a pointer to a strange antipathy to the doctrine of the Trinity itself. He argues that the Trinity is never defined in a singular verse of Scripture — orthodox Christians do not claim that any single text does — but he ignores the development of the doctrine of the Trinity drawn from the totality of the New Testament itself.

Eichenwald’s opening sentences trumpeted his disdain for evangelical Christianity’s sexual ethic, and his essay turns to deny that Christians have any textual basis for a negative view of homosexuality. He dismisses 1 Timothy as being falsely claimed to be written by the Apostle Paul, citing, oddly enough, Friedrich Schleiermacher, the father of modern theological liberalism, who made that argument in 1807. There is no counter-argument offered. Eichenwald simply credits the “scholars” he cites without any admission that other scholars hold very different opinions. Interestingly, he appears unable to deny that Paul wrote Romans and that Romans 1:27 identifies men lusting after other men as sinful.

He seems to believe that the teachings about women teaching and leading in 1 Timothy would apply to a woman in political office, failing to read that the text is clearly speaking of order within the Christian assembly. He seems totally unaware of any distinction between the moral law in the Old Testament and the ceremonial law and the holiness code.

In the main, he argues that historic Christianity has been based on nothing but a lie and that those who now represent themselves as biblical Christians are lying to themselves and to others — and doing great harm in the process.

But Kurt Eichenwald’s essay is not ground-breaking in any sense. These arguments have been around for centuries in some form. He mixes serious points of argument with caricatures and cartoons and he does exactly what he accuses Christians of doing — he picks his “facts” and arguments for deliberate effect.

Newsweek’s cover story is exactly what happens when a writer fueled by open antipathy to evangelical Christianity tries to throw every argument he can think of against the Bible and its authority. To put the matter plainly, no honest historian would recognize the portrait of Christian history presented in this essay as accurate and no credible journalist would recognize this screed as balanced.

Oddly enough, Kurt Eichenwald’s attack on evangelical Christianity would likely be a measure more effective had he left out the personal invective that opens his essay and appears pervasively. He has an axe to grind, and grind he does.

But the authority of the Bible is not the victim of the grinding. To the contrary, this article is likely to do far more damage to Newsweek in its sad new reality. Kurt Eichenwald probably has little to lose among his friends at Vanity Fair, but this article is nothing less than an embarrassment. To take advantage of Newsweek’s title — it so misrepresents the truth, it’s a sin.

Find more writings like this on Al Mohler’s blog at http://www.almohler.com.