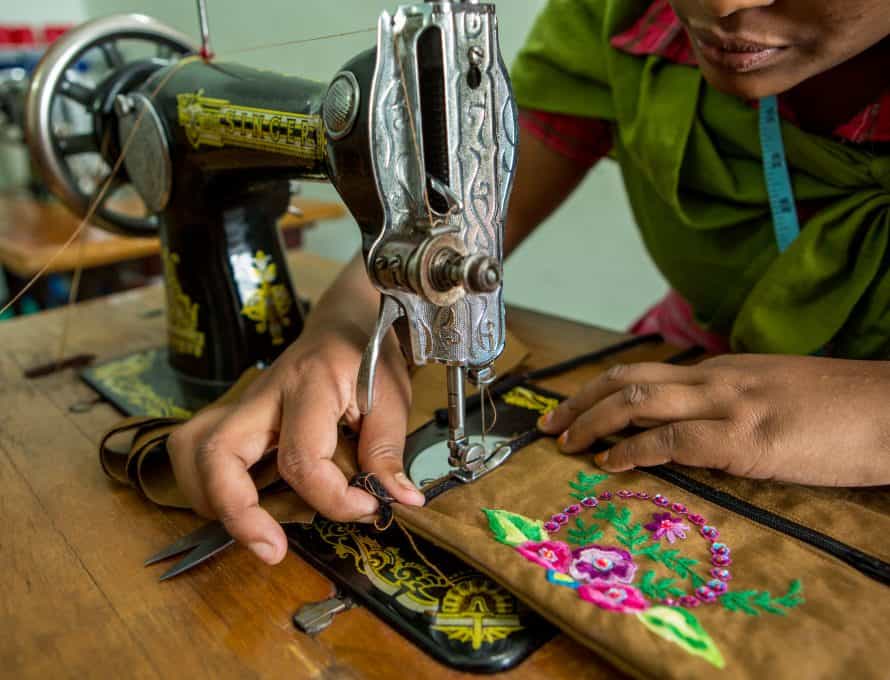 BIRMINGHAM (BP) – The Woman’s Missionary Union’s WorldCrafts ministry has launched the Support Freedom campaign to help deliver women from human trafficking and sexual exploitation, and has partnered with seven new people groups to expand its craft items for sale.

Each year, by force, fraud, or coercion, millions of people find themselves trapped in bonded labor and sexual exploitation. WorldCrafts artisan groups are working to end these evils by providing a sustainable income to people in poverty.

When earning a living wage, parents are less likely to be seduced by a sex trafficker’s promises, and young women hoping for a better life are less likely to fall prey to criminals seeking to use and abuse the most vulnerable, said WorldCrafts director Andrea Mullins.

“While it can seem difficult to find an entry point in the fight against human trafficking, it is important that we keep working in every manner possible,” Mullins said. “WorldCrafts provides quality products created by people around the world attempting to escape poverty. Through our Support Freedom initiative, we are specifically working to aid women who have been rescued from trafficking and the organizations that work to rescue them. Purchasing gifts and goods from WorldCrafts is another great inroad to combating this exploitation of millions of women and children.”

“Adding new WorldCrafts products is so exciting when you know each one represents lives changed by the opportunity to earn an income with dignity and to hear the offer of everlasting life,” Swader said.

New artisan groups include the Anadoule in Turkey, which provides opportunities for impoverished women to learn skills in handmade cultural crafts; Inle Clay in Myanmar, teaching artisans to make clay nativities to earn money for health care and other needs, and Kenya Vision, employing Maasai women who make traditional crafts from seed beads. The Maasai women are in arranged marriages performed when they were between ages 10 and 14, and have three to five children each. Their wages are used to cover school fees, food and medical care.

Other new artisan groups are Light of Hope Learning Center in Bangladesh, a day shelter educating girls and training them in life skills, health care and morality based on their relationship to God; Wandee in Thailand, ministering to women who’ve left the sex industry; White Rainbow Project in India, ministering to women shunned and exploited there because they are widows; and Tabitha Ministries in Guatemala.

WMU suggests several avenues of involvement through the Support Freedom campaign. Among them, visiting the website WorldCrafts.org/SupportFreedom.asp for stories on artisan groups tackling spiritual, emotional and physical problems at a grassroots level. Also available on the site is a prayer guide to motivate prayer for artisan groups.

In the aftermath of the reversal of Roe v. Wade, the Missouri Baptist Children’s Home