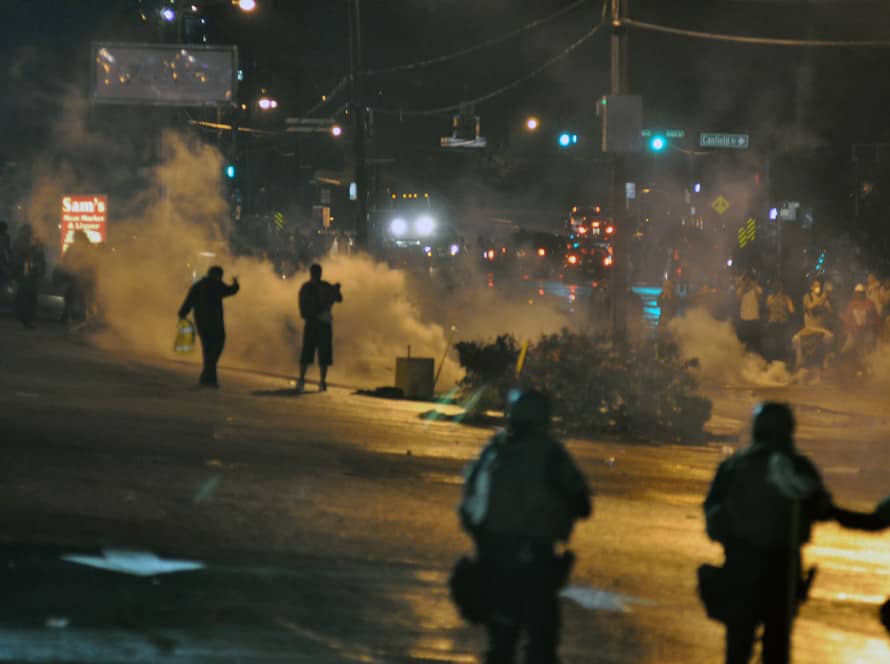 FERGUSON (Christian Examiner) –  Long before a gunshot killed Michael Brown Jr., or a bottle rocket was tossed in the air to protest, the Heartland Prayer Summit was set to take place at First Baptist Church in Ferguson.

With “worldwide attention” focused on Ferguson, God knew this moment would happen said Mark Snowden on a radio show hosted by Harold Hendrick on Bott Radio Network AM 1320 in St. Louis.

“Our hearts break with the reconciliation that is needed and that will be a starting point for each of us gathered,” Snowden said. “You can’t have revival as long as you have that kind of brokenness in the community, and no matter which way the verdict goes, it just breaks our heart either way to see the whole community have that unrest.”

Snowden is director of evangelism and discipleship for the 1,900 churches of the Missouri Baptist Convention.

Tensions continue to mount in Missouri, with police officers, protestors and residents bracing for a grand jury announcement on whether Darren Wilson, the police officer who shot Brown in August, will be indicted in the young man’s death.

The open prayer meeting took place from 10 a.m. until 2 p.m. CST and organizers hoped to draw participants from all racial, cultural, social, and denominational backgrounds to unite in prayer.

Snowden said the event was pre-planned as a focus on prayer for the “Next Great Awakening.” Hendricks said an interview with Ronnie Floyd, president of the Southern Baptist Convention, was scheduled for later in the week.

In September, Southern Baptist church planter Joe Costephens, pastor of Passage Community Church in Ferguson, took to the streets with about 20 volunteers, picking up rocks and debris left behind by protestors. He can be heard talking to Hendricks on Jesus is the Answer.

Other St. Louis area churches announced prayer vigils and “safe” havens as they prepare for protests and possible violence, according to the River Front Times.

This article was originally published in the Christian Examiner.