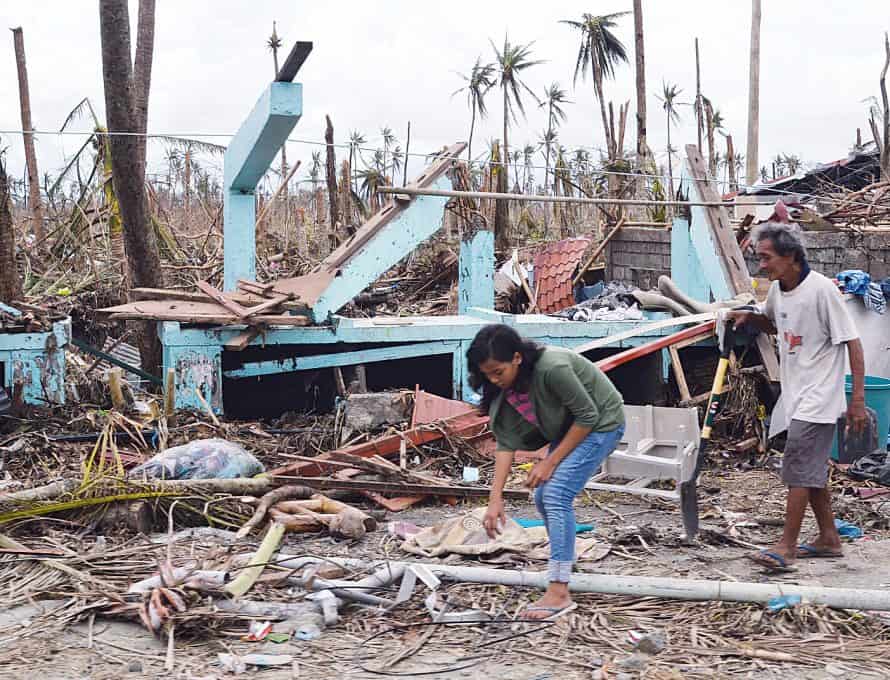 GIBITNGIL, the Philippines – What a difference a year – and a lot of Baptist sweat – make. Twelve months ago, nearly 100 kids scampered from a collapsing classroom as Typhoon Haiyan (called Typhoon Yolanda in the Philippines) tore their school apart. They rode out the storm for hours crammed into in an unfinished concrete bathroom as winds topped 200 mph and 50-foot waves battered the rocky beach below.

One year later, however, the island’s school classrooms are rebuilt and instead of wailing winds, there are howls of kids’ laughter, and frustrated teachers trying to keep them on task for their lessons.

Nationwide, more than 5,900 people lost their lives, and thousands more were injured as Typhoon Haiyan hit the Philippines. Missouri Baptists were asked by Baptist Global Response (BGR) – the disaster relief arm of the International Mission Board – to adopt the island as BGR continued to coordinate Baptist recovery and food distribution across the country.

“Missouri has been great from the very first days after the storm,” said BGR president and former missionary to the Philippines, Jeff Palmer.

GIBITNGIL, the Phillipines – The left photo shows two Gibitngil Integrated School buildings that were destroyed by Typhoon Haiyan one year ago this month. On the right are the same buildings a year later thanks in part to the seven trips undertaken by Missouri Baptist volunteers. (Pathway photos)

Two Missouri Baptist volunteers were on the initial assessment teams in immediate days after the typhoon, and 36 Missouri Baptists made the trek seven times to the Philippines, then the ocean-going canoe ride to the island. They rebuilt the school with donated supplies and built relationships with the island’s people, specifically working with the school’s principal, who is a believer. The volunteers were introduced to the school as “Yellow Men from Missouri” (a reference to their yellow Disaster Relief shirts and hats), and took time to interact, joke, or play basketball with the students.

“Many lives were changed forever, and one of those lives was mine,” said Dwain Carter, the Missouri Baptist Convention’s Disaster Relief strategist, who travelled there five times. “I made a total of five trips there in a few short months and I have many fond memories of the work that we did while there, but fondest of all are the new family members that I have because of our efforts.”

“This kind of sustained, multi-team response [was] huge for this community,” Palmer said. “It’s not just the school. It’s a tremendous witness to each person that sees you working here.”

Teams of Baptists from Louisiana, Illinois and California  also worked at Gibitngil.