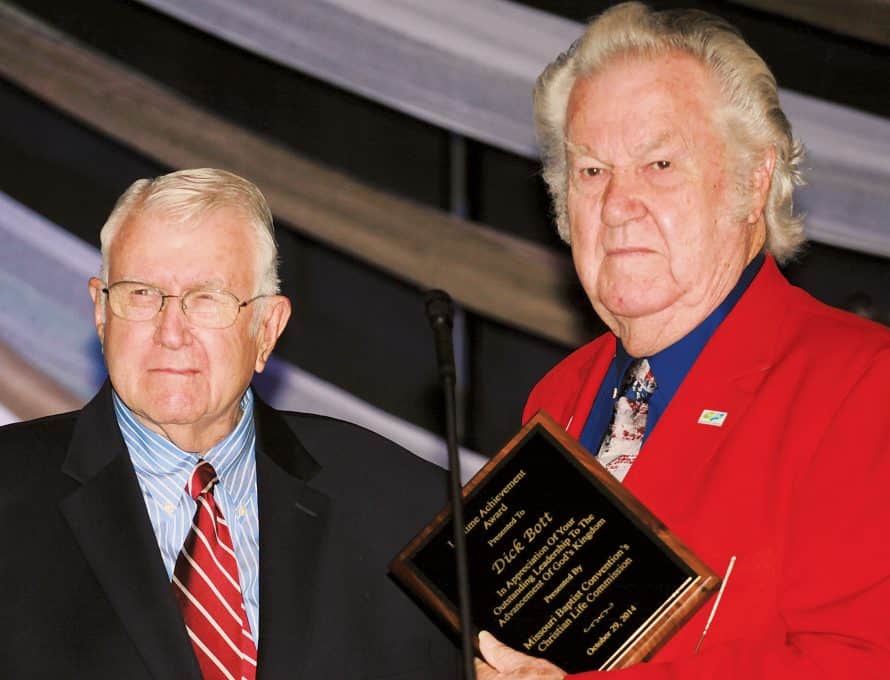 The CLC voted to present its first Outstanding Service award to Joshua Hawley, a Missouri University Law School professor and an attorney who helped secure a victory in the Hobby Lobby case before the United State Supreme Court.

“You see the threats to religious liberty,” said Don Hinkle, MBC director of public policy. “We need men and women of Christ to stand in courtrooms and defend our religious liberty. Joshua has been on two of the most important religious liberty cases ever to go before the Supreme Court: the Tabor case in 2012 that protects churches’ rights to hire those that adhere to the church’s beliefs, and just this past summer that protects the conscience of business owners from government intrusiveness.”

The CLC also voted to give its first Lifetime Achievement Award to Dick Bott, the founder of the Bott Radio Network.

“In a career spanning more than five decades, Dick Bott has dedicated his life to bringing quality Bible teaching to Americans and in particular loyal Southern Baptist listeners throughout Missouri,” Hinkle said. “Dick, with his wife, Sherley, took one tiny radio station and built it into a vast network that offers Bible-based teaching and preaching on more than 97 radio stations in 16 states.”

Doug Austin, a member of Bethany Baptist Church, Cape Girardeau, reported that the CLC will be hosting two events in early 2015: the annual Legislative Prayer Breakfast Jan. 8 at Concord Baptist, Jefferson City, and the Worldview Conference April 2 at Hannibal-LaGrange University.

“We are dedicated to addressing the concerns of today from a Christian worldview with particular attention to Missouri families and their faith,” Austin said.