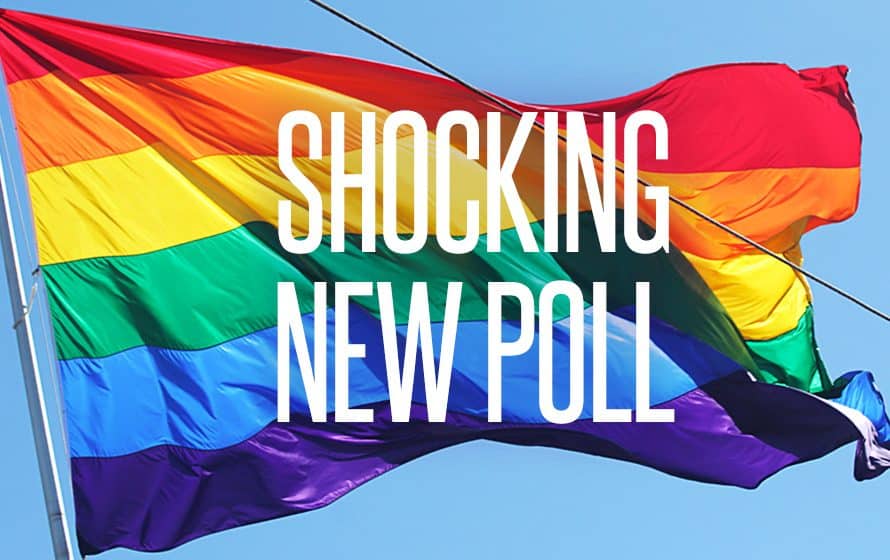 A poll released earlier this month shows that 47 percent of Americans “oppose legalizing same-sex marriage,” while only 44 percent supported redefining marriage. Nine percent of the public was uncertain.

FOX News, which conducted the poll, focused its reporting on reactions by the American public to President Obama’s handling of Ebola and ISIS. However, buried in the poll was the same-sex “marriage” question.

It is the second poll in the last month that has shown slipping support for redefining marriage.

In September, Pew Research found that five percent fewer Americans supported changing the definition of marriage as compared to its 2010 survey. Pew’s numbers were approximately equivalent to support in 2013, but a five percent drop from February of this year.

The apparent reversal to years of growing support for same-sex “marriage” could be a new trend, or just a blip, according to Pew. Judicial Crisis Network Chief Counsel and Policy Director Carrie Severino agreed with that assessment; however, she also told LifeSiteNews at the time that it could be a backlash against activist judges.

“One thing that was a direct consequence of Roe v. Wade, pointed to even by advocates of the decision like Justice Ginsburg, is that when a court gets out ahead of the public on a divisive issue like abortion, it can have a detrimental effect on the country at large,” Severino said.

“The same would likely hold true for marriage. If you look at where you saw the country prior to Roe v. Wade, the elites were supporting abortion and the general trend was toward liberalization of abortion laws. But prior to the Supreme Court stepping in, it was being worked out at the state level.”

“The public often resents it when an important and divisive issue is taken out of the realm of public debate and decided by judges,” Severino said.

Polling analyst and American Enterprise Institute Senior Fellow Karlyn Bowman said that that while a backlash is possible, she has not seen evidence for it.

She told LifeSiteNews that it was more likely “that we have seen a leveling off point in the public’s eye. I think we’re hitting a pause, but not a plateau. You’ve seen a lot of other polls in recent weeks showing either a narrow majority or strong plurality in support of gay marriage, [but] the level of opposition to same-sex marriage isn’t changing.”

“I think we’re in a holding pattern,” she said, noting that the trend could change as younger people — who tend to support same-sex “marriage” — continue to age.