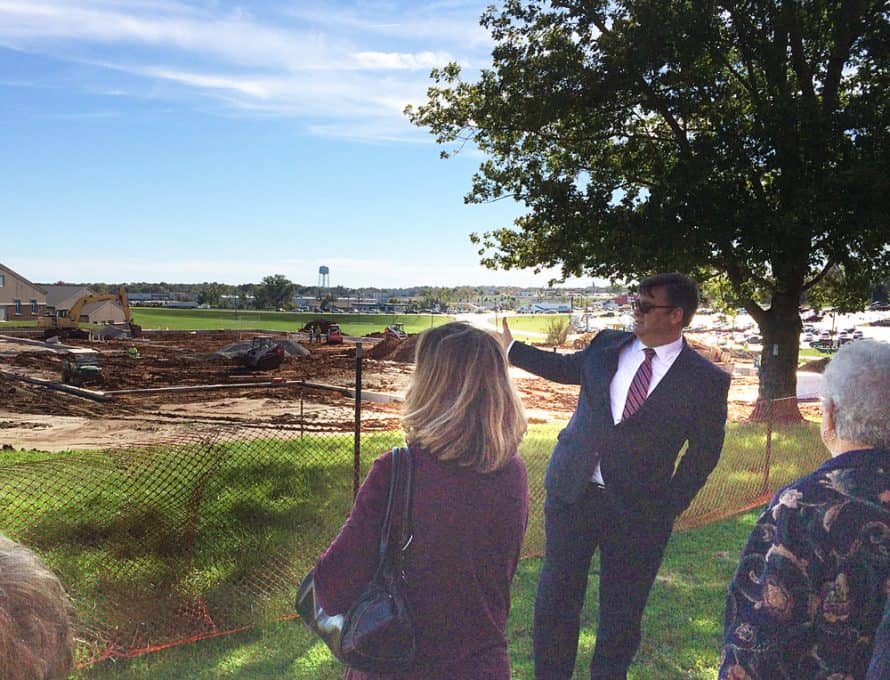 HANNIBAL – Trustees at Hannibal-LaGrange University (HLGU) here received an update on the construction of the school’s new science building during their fall meeting, Oct. 16-17.

Construction of the new 40,000-square-foot Science, Nursing and Allied Health Building is expected to be completed by the summer of 2015, so that it will be available for classes in the fall. It will hold a 58-seat computer lab/classroom, five science labs, two nursing skills labs, two nursing lab hospital rooms, a nursing library, nine multimedia classrooms, a lobby, five student lounges, two conference rooms, four study rooms and 20 offices.

Although HLGU has received a $400,000 challenge grant from the J.E. and L.E. Mabee Foundation for the new science building, the university must raise approximately $800,000 additionally by the end of next March.

The previous science building, which is currently being demolished, was damaged beyond repair on May, 20, 2013, during a storm that struck Hannibal.