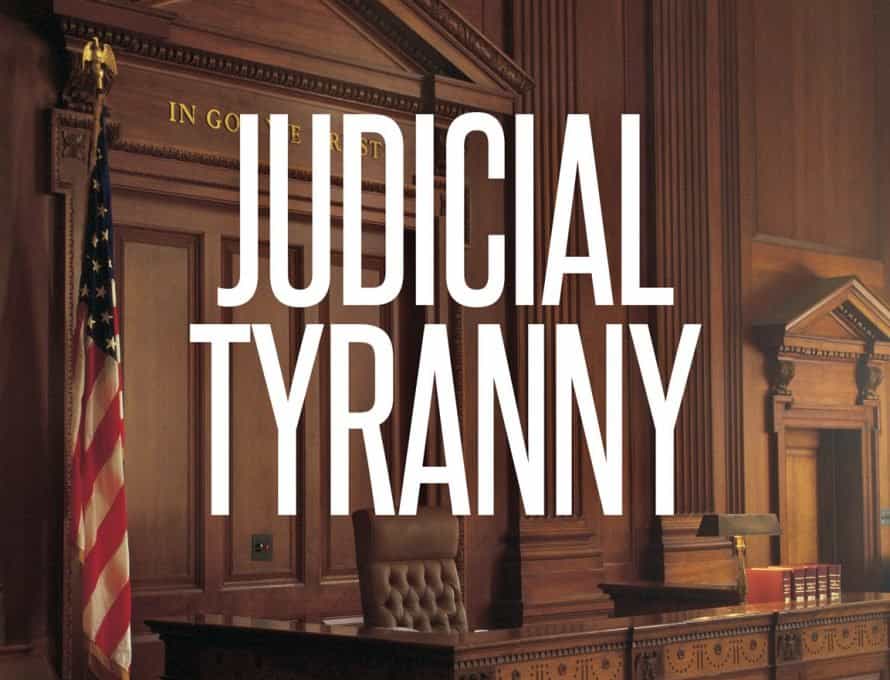 Federal judges have invalidated the will of millions of Americans who voted to amend their state constitutions to define marriage as a union of a man and a woman. I am shocked at the lack of outrage no matter where you stand on the issue. These judges have robbed citizens of the sacred right of voting and upset the balance of powers between the judicial, legislative and executive branches of government.

These federal judges are not elected and are given lifetime appointments, often by political ideologues at a time when our nation is becoming increasingly polarized between conservative and liberal ideas. To think such polarization has not impacted the federal judiciary is foolhardy. Nowhere has this played out in such stark fashion as it has with the same-sex marriage issue, one that is pushing our nation toward disunity and dare I say a constitutional crisis.

This is why Congress must act immediately to exempt marriage from judicial oversight. Article III of the U.S. Constitution gives Congress the power to remove the marriage issue from the federal judiciary because of Congress’ oversight responsibility. I admit this is a fiercely contested question in constitutional law, but Article III gives Congress the power to define the scope of the U.S. Supreme Courts’ appellate jurisdiction, including over constitutional questions like same-sex marriage. In other words, Congress may prevent the Supreme Court and all other federal courts (which are entirely the creation of Congress) from hearing any constitutional question, so long as state courts are open and available. 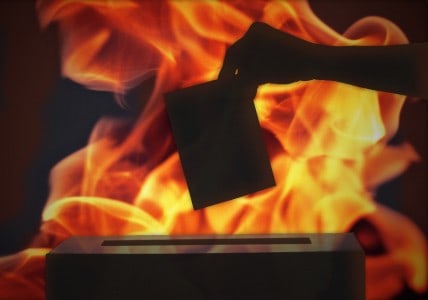 Think this is just a problem in other states? Think again. The fight against judicial tyranny is taking place here in Missouri after a judge has deemed one million Missouri votes worthless. Click to read the full story.

This is a significant because it puts the decision maker closer to the people. In Missouri, the Missouri Supreme Court would decide the issue – and then face the voters. In a state that voted 71-29 percent to amend the state constitution to define marriage as being a union of a man and a woman, voters would no doubt carefully watch – and hold accountable – the way each judge voted come election time. This played out in dramatic fashion just a few years ago when two Iowa Supreme Court judges were voted out of office for ruling in favor of same-sex marriage.

The idea of Congress removing the same-sex marriage issue from the federal judiciary, leaving it for the states and their courts to decide would largely depend on citizens pressuring their representatives in the House and Senate to support such a measure. With the November election looming, it is possible the Senate majority could fall into the hands of Republicans, who are a sure bet to retain control of the House. Should Republicans control the Senate as well, it seems such action could become plausible.

The only other recourse it would seem would be a marriage amendment to the U.S. Constitution that would re-establish a uniform understanding of marriage, something that would require a two-thirds majority of both houses of Congress and the ratification by the legislatures of 38 states. Such an amendment was introduced in the House and Senate in 2004, defining marriage as solely between a man and a woman. The House voted 227-186 in favor, falling short of the 290 votes needed. The amendment failed in the Senate due to a filibuster. A cloture motion was made to break the filibuster; however, it was unsuccessful when amendment supporters fell 12 votes short.

Could it pass with a new Republican majority in the Senate? That may depend on public pressure. If an amendment were approved by Congress, it would then have to be ratified by 38 state legislatures. Given that 35 have had state constitutional amendments defining marriage as a union between a man and a woman, the chances of passage would seem within reach.

Public opinion may be shifting as well. I have always doubted media polls on same-sex marriage which usually show a slight majority supporting the idea. However, some recent polls suggest that support for same-sex marriage may have peaked and a recent poll shows same-sex marriage support has fallen below 50 percent. If same-sex marriage advocates continue with heavy-handed tactics, as we recently saw in Houston, Texas (see page 13), support will surely erode. Homosexual advocates are notorious for overplaying their hand as witnessed in the public backlashes over Chick-Fil-A and Duck Dynasty.

This much is certain, if Christians and other freedom-loving people do not pressure their elected representatives on the marriage issue, things are going to get worse. We are on the verge of destroying marriage in America, inflicting harm to children who need a mother and a father and losing our freedom to speak and openly practice our faith. The hour for action is at hand.