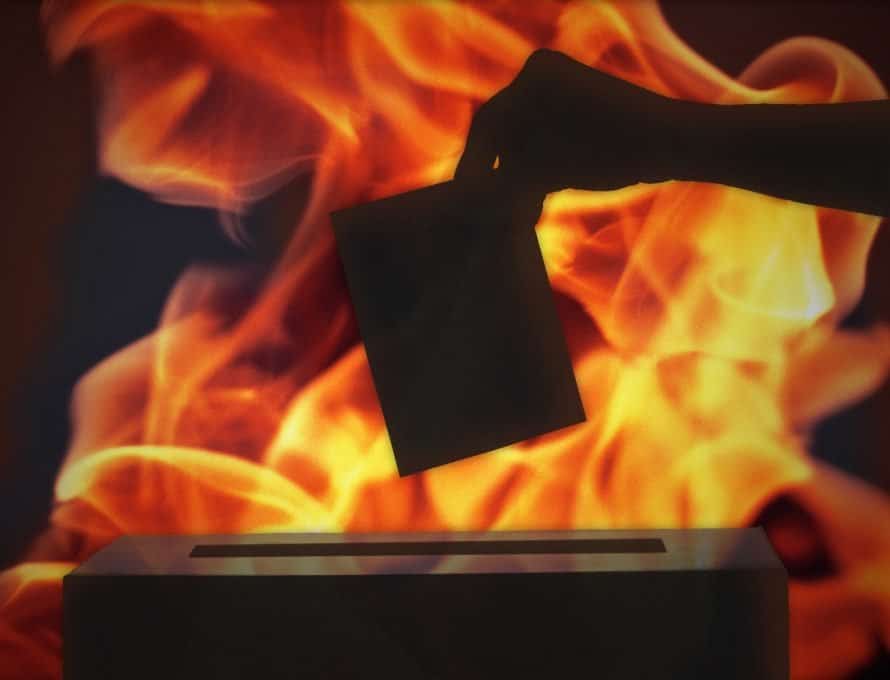 Think this is just a problem in other states? Think again. The fight against judicial tyranny is taking place here in Missouri after a judge has deemed one million Missouri votes worthless. Read the full story.

JEFFERSON CITY – A state judge, backed by Attorney General Chris Koster, has ruled that part of Missouri’s constitutional amendment defining marriage as being between a man and a woman is illegal.

Jackson County Circuit Judge J. Dale Youngs’ Oct. 3 ruling opens the door for same-sex couples “married” in other states to collect a host of benefits previously afforded only to heterosexual married couples in Missouri. The ruling contradicts a voter approved constitutional amendment passed in 2004. Koster announced Oct. 4 that he would not appeal Youngs’ decision. Koster, a Democrat who supports same-sex marriage, is expected to run for governor in 2016.

Youngs’ ruling and Koster’s inaction comes after Missourians voted by a 71-29 percent margin on Aug. 3, 2004 to amend the state constitution, defining marriage as only between a man and a woman. The official tally for the ballot initiative called Amendment 2 and strongly supported by the Missouri Baptist Convention (MBC) was 1,055,771 in support of the amendment, 439,529 opposing it.

Youngs’ ruling, which only applied to Jackson County, comes in a lawsuit filed by 10 same-sex couples “married” outside Missouri.

“The undisputed facts before the Court show that, to the extent these laws prohibit plaintiffs’ legally contracted marriages from other states being recognized here, they are wholly irrational, do not rest upon any reasonable basis, and are purely arbitrary,” Youngs wrote. “All they do is treat one segment of the population – gay men and lesbians – differently than their same-sex counterpart, for no logical reason.” 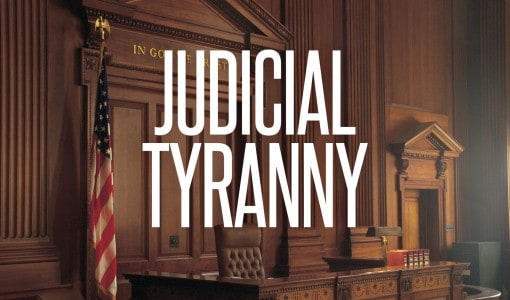 Some say Congress is powerless to fight judicial tyranny. This is untrue. The U.S. Constitution gives Congress the power to remove the marriage issue from the federal judiciary. Click here to learn more.

Pathway Editor Don Hinkle, the MBC’s director of public policy, called Youngs’ ruling “judicial malfeasance and a slap in the face to Missouri voters.” He particularly took issue with Youngs’ reasoning that there was no logical reason to oppose same-sex marriage.

“The definition of marriage has endured for thousands of years,” Hinkle said. “To say there is no rational basis for the ban is judicially irresponsible if not irrational.

“Moreover the Bible – that defines marriage as a union between a man and a woman – is not irrational. Nor are we who believe the Bible to be the words of God. The danger here to our religious liberty is unmistakable: If we are irrational, then it will be easier for ideologues like Youngs to label us bigots and deny us our religious liberty whenever we express opposition to same-sex marriage either in public debate or from the pulpit.

“This foolish ruling is pure judicial activism and Jackson County voters ought to remedy this nonsense by voting him out of office when he comes up for re-election.”

Reaction to Koster’s decision by MBC and Missouri General Assembly leaders was swift and pointed. A letter was hand-delivered to Koster’s office Oct. 10 from the MBC Christian Life Commission Chairman Doug Austin expressing the MBC’s concern. He also urged Koster to reconsider and defend the state constitution.

“We were disappointed in your decision not to appeal Youngs’ irresponsible ruling and uphold the will of the people of Missouri,” Austin wrote. “You took a solemn oath to defend the state Constitution. We urge you to reverse your decision and defend it.

“Therefore, would you reconsider your decision and appeal Youngs’ destructive ruling if Missouri Southern Baptists, the largest protestant organization in Missouri, were to provide you with the signatures of 100,000 Missourians? The Missouri Baptist Convention’s Christian Life Commission will initiate that petition drive if you have not notified us of your changed position within seven days,” Austin wrote.

Koster never responded and the CLC is initiating its petition drive and an accompanying resolution is expected to be introduced to messengers attending the MBC’s annual meeting Oct. 28-30 at Tan-Tar-A Resort.

MBC executive director John Yeats said he was deeply troubled by the judge’s ruling and the attorney general’s inaction.

I would think that convictional people are disappointed at several levels. First there is the disappointment that a single judge can legislate from the bench overriding the vast majority of the electorate. Secondly, that after repeated admonishments to reconsider, the chief law enforcement officer of the state would refuse to defend the will of the people. It gives the perception that he is more interested in future aspirations than being an advocate for the people. This is a Constitutional crisis that has ramifications on our daily lives and the lives of our children’s children.”

“The state trial court should normally follow state law, and not ‘jump the gun’  to be the first in Missouri to apply some newly  ‘evolving’ theories of equal protection. When yesterday’s moral reasoning is denounced as today’s irrationality, something other than ‘cool deliberation’ is at play.”

Whitehead added that Koster is not doing his job.

“Judicial nullification of the vote of a million Missourians should not occur without a review by the Missouri Supreme Court.  The Attorney General should finish the job he started,” Whitehead said. “If he does not,  and  if citizens seek to intervene in order to appeal this decision, justice requires that their motion to intervene should be granted and that an appeal to the Missouri high court should be heard.”

Missouri Speaker of the House Tim Jones, R-Eureka, wrote an Oct. 9 letter to Koster, telling him he is “obligated to defend the laws of this state without prejudice,” and cited the Missouri statute to back it up.

“You do not have the discretion to engage in the selective performance of your duties if you personally disagree with the law,” Jones continued. “Today, you chose not to defend the definition of marriage contained in the Missouri Constitution. What will you do the next time a law or constitutional provision with which you disagree with requires defense?

“Our legal system grants tremendous weight to precedent, and if you continue to refuse to defend the law, you will have created a precedent which can be used as a justification the next time an Attorney General chooses to make policy instead of carrying out the duties of their job,” Jones said. He went on to give Koster four days to reconsider his decision and proceed with an appeal or “explain the reasoning behind your decision not to fulfill the duties of your office and defend the Missouri Constitution. If I do not receive a response, I will use the powers granted to the Missouri House to ensure our state’s constitution is defended in court.”

Senate Leader Tom Dempsey, R-St. Charles, said Youngs’ ruling stands in direct contradiction to our constitution which was approved by a statewide vote.