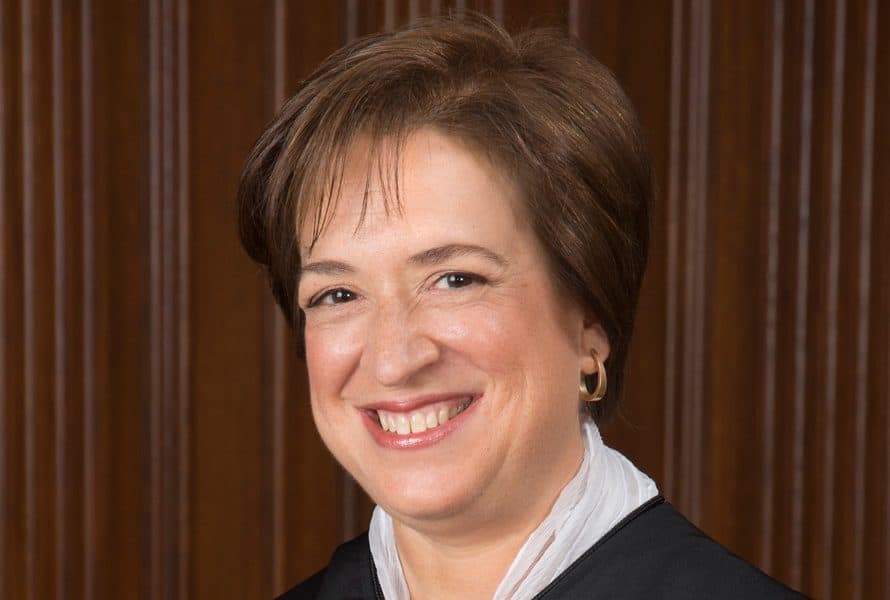 WASHINGTON – Citizen activists are demanding that Justice Elena Kagan recuse herself from any Supreme Court case determining the future of same-sex “marriage” after she officiated a homosexual “wedding” – a call seemingly endorsed by fellow Justice Ruth Bader Ginsburg.

On Sept. 21, Kagan presided over the ceremony of her former law clerk Mitchell Reich and his partner Patrick Pearsall in Chevy Chase, Maryland. Analysts say that calls into question her ability to give both sides of the case a fair hearing.

Kayla Moore, president of the Foundation for Moral Law, pointed to the Code of Conduct for United States Judges, Canon 3(A)(6), which states, “A judge should not make public comment on the merits of a matter pending or impending in any court.” The Commentary on the Code adds, “If the public comment involves a case from the judge’s own court, the judge should take particular care so that the comment does not denigrate public confidence in the judiciary’s integrity and impartiality.”

Federal statute 28 U.S.C. 455 also demands that a judge must step aside “in any proceeding in which his impartiality might reasonably be questioned” or in which he or she “participated as counsel, adviser or material witness concerning the proceeding or expressed an opinion concerning the merits of the particular case in controversy.”

Moore said, “Officiating at a same-sex wedding involves not only comment but also actions that speak louder than words and creates at least an appearance of impropriety.”

Her call seems to be endorsed by Justice Ginsburg, who said in a 2009 interview with The New Yorker magazine that her homosexual friends had not asked her to perform a “wedding,” because of pending cases concerning the Defense of Marriage Act (DOMA) and Proposition 8.

“I don’t think anybody’s asking us, because of [the DOMA] cases,” she said. “No one in the gay-rights movement wants to risk having any member of the court be criticized or asked to recuse, so I think that’s the reason no one has asked me.”

Ginsburg has since presided over at least three same-sex ceremonies, all inside the Supreme Court’s chambers.