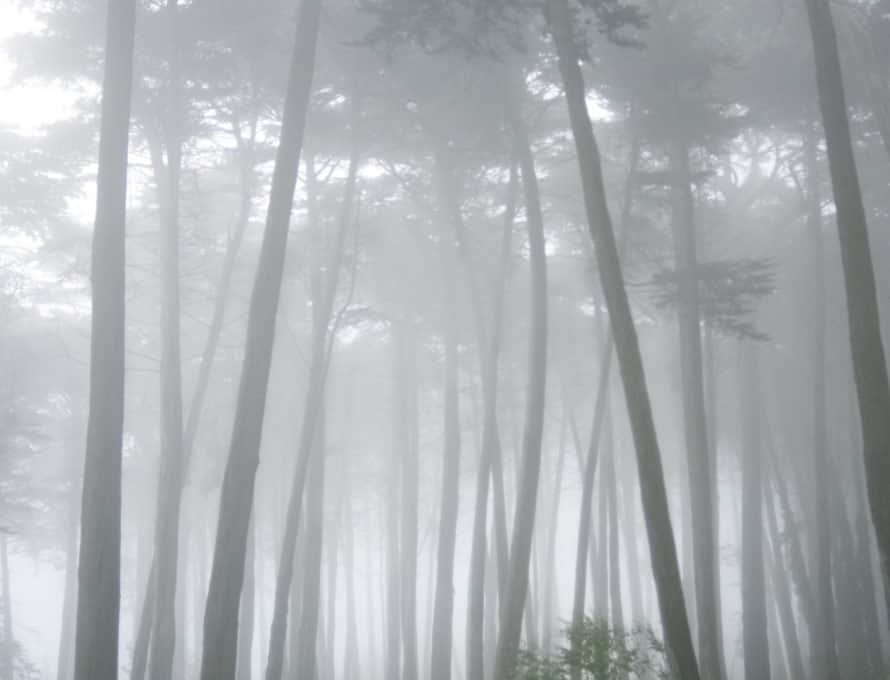 In The Horse and His Boy, the third book in his Narnia series, author C.S. Lewis tells the story of a boy fighting through the fog—much as we do while trying to discern God’s will for our lives.

Shasta, the boy in Lewis’ tale, walks blindly through the fog and over a mountain pass into the land of Narnia. As he does so the great lion, Aslan, approaches and speaks to him, but he doesn’t make himself known. In response to the lion’s questions, the boy lists his many misfortunes: He’s an orphan raised by a cruel fisherman, chased by lions, mistaken for somebody else, pursued by 200 enemy horsemen, chased by another lion, separated from friends—now lost, cold and hungry.

Then the lion speaks. Shasta is not unlucky, he says. Rather, his misfortunes had meaning and fulfilled a purpose. And about all those lions—there was just one, the great lion himself. Shasta found his purpose within the fog.

Like Shasta, we often find our purpose in life while fighting through a fog. We know that God has created us for something. But if we try to map out the course that He’s set for us, we soon learn that His ways really are higher than ours and His plans are unpredictable.

At least, this has been my experience. Ever since childhood, I’ve pursued my life’s purpose with a vengeance. As a youngster, I knew that I would be a baseball player, an archaeologist, a physicist, a historian, a linguist—you name it. Whatever dream I pursued, I put my heart into it. And this didn’t change when God took hold of my life as a teenager, when I began sensing His call to the ministry. I often dreamed of what life would bring, reading about missionary heroes like Bill Wallace or Adoniram Judson while listening to Michael W. Smith’s hit song, “My Place in This World.”

And I always felt slightly frustrated because, although God inscribed his revelation in Scripture, He didn’t spell out His plan for my life in Scripture. I merely wanted to see how I could serve Him and what He would do with me. But I saw only a dense fog and heard only His call, “Follow Me.”

Nevertheless, I still made plans. Once I showed my dad how I had mapped out a couple dozen years of my life – including a plan to complete a Ph.D., unrealistically, in my mid-20s. He reminded me that I was planning well into the future and that a lot could happen to change my plans. I could meet a girl, fall in love, get married and start a family by that time.

Fortunately, my dad was right. I met an amazing girl from Missouri, married her, started a family, and at the age of 30 was well into a Ph.D. program, convinced that God would use me to build up disciples in a college classroom somewhere. It was only a matter of time before the call would come, and I would begin to fulfill His purpose for my life.

But then something unexpected happened. I received a call, but not from a Christian college. It was from a Southern Baptist newspaper in Missouri.

All was fog around me. This couldn’t be what God was leading me to do—or could it? As I prayed about this great opportunity, I felt God telling me to trust Him, move to Missouri and serve on staff at The Pathway.

As I took these steps, the fog began to lift. I recalled how God had given me a passion for writing in high school, how He led me to pursue a journalism degree in college and how He opened the door for me to work as a news writer during seminary. All along, God had been at work in my life, but I could never have anticipated where these twists and turns would lead.

Perhaps, this is why God lets us walk through the fog and why He doesn’t draw a detailed blueprint for our lives in Scripture. Indeed, He created us for good works that He “prepared ahead of time so that we should walk in them” (Eph. 2:10). But He often guides us through simple directions: Love others as Christ loved you. Be pure. Be thankful. Praise God. Don’t be greedy. Love your husband, your wife, your children. Honor your parents. Obey those who have authority over you. Stand firm—and don’t forget that the enemy can unexpectedly attack, so “put on the full armor of God” (Eph. 6:11). In other words, follow Christ.

As for me, this September marks one year of service at The Pathway, and looking back on the year I praise God that I walked with Christ—even through the fog.