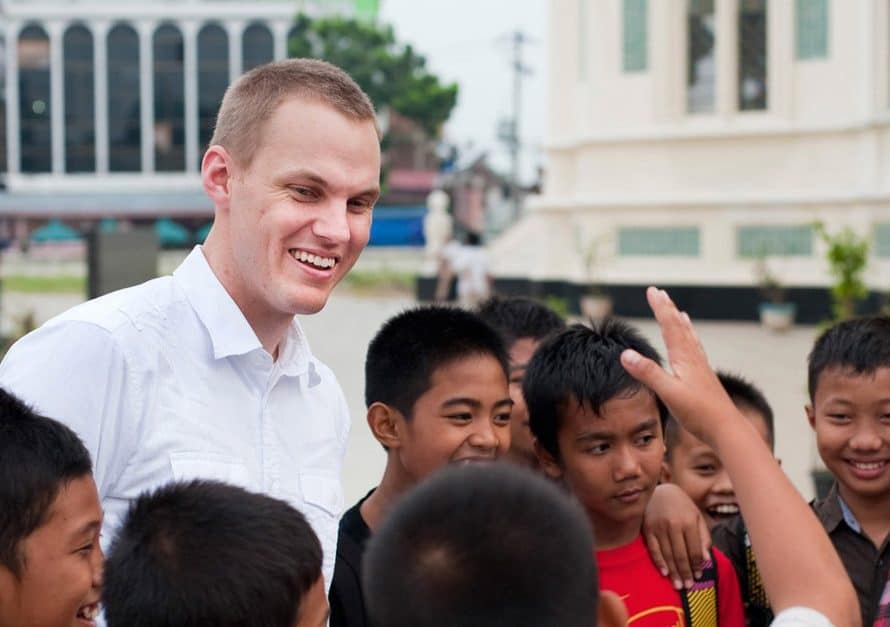 NASHVILLE (BP) – Southern Baptists must boldly proclaim the Gospel as they fight for religious freedom in the United States and globally, David Platt said in an interview conducted by the Southern Baptist Ethics & Religious Liberty Commission.

Platt, newly elected International Mission Board president, participated in an interview with Dan Darling, vice president of communications for the ERLC, focusing on religious persecution. The ERLC posted the interview, which took place during the Southern Baptist Convention’s annual meeting in June, on its website Aug. 27, the day of Platt’s election.

“We want to fight for [religious freedom] here and we want to fight for that around the world, because this is a part of what it means to be made in His image,” Platt told Darling. “As I have the opportunity to travel, it’s always humbling to go into a setting and to see your brothers and sisters who are suffering….”

What affects Christians elsewhere affects the entire family of believers, said Platt, who is charged in his new role with leading more than 4,800 IMB missionaries and mobilizing more Southern Baptist churches to help spread the Gospel around the globe.

“… We’ve got brothers and sisters who face persecution, who don’t have religious liberty on a number of different levels…,” Platt said. “We pray for their boldness in the middle of that, and at the same time, we work for religious liberty around the world.”

Christians must reject a seemingly pervasive notion that becoming more godly will win friends in this world, Platt said.

“There’s even this idea that, okay, if we just start acting like Jesus the world will love us. That’s not what Jesus said…. He said in Matthew 10 very clearly, like when you as a servant become like your master, then they will respond to you the way they respond to me, which is not favorably,” Platt said. “The more we become like Christ, the more the world around us, regardless of what country or culture we’re in, will respond to us the way the world responded to Christ, and the world crucified Christ. So it will not get easier for us.”

While religious liberty is often challenged in the U.S., Platt encouraged Christians here to realize the unique religious freedoms they have compared to Christians elsewhere, and to continue praying for the persecuted.

There are many parts of the world where a person’s decision to follow Christ means they will be hurt, disowned or even killed by their family, Platt said.

“These are realities that our brothers and sisters face around the world on a daily basis that we need to be praying for as people who do have a great measure of liberty, and obviously that’s being put in question in many ways, even in our culture now,” he said.

But Christians, he said, must “use the resources God has given us, to try to promote [religious liberty] in different places, so there is this free marketplace of ideas where we’re able to talk about who God is and what it means to follow Him.”

Platt noted, “There’s joy in leaning on Christ, trusting in Christ, even amidst cost…. When it comes to the cost, there’s always reward on the other side.” ν