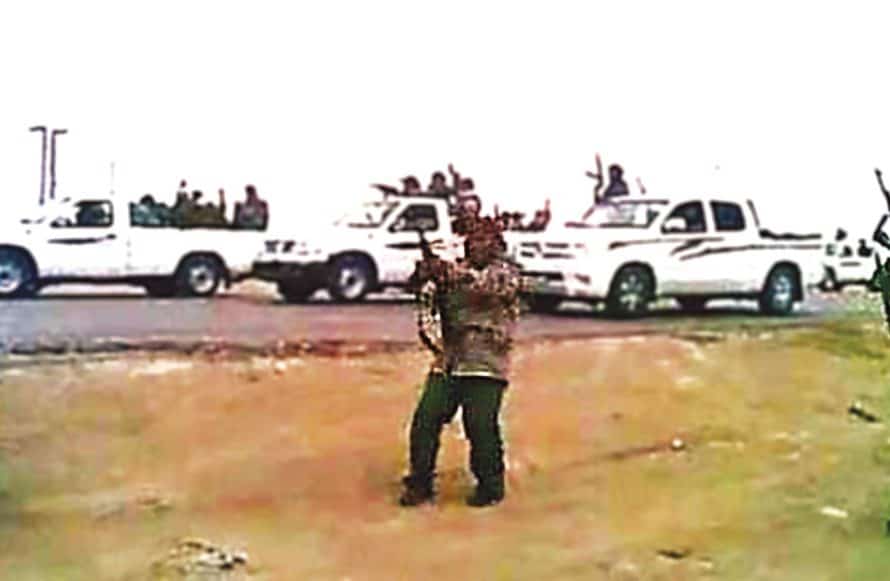 The U.S. is “very troubled by the apparent capture of Bama and the prospects of an attack on [Borno state capital] Maiduguri,” U.S. Assistant Secretary of State Linda Thomas-Greenfield told a group of international security officials convened in Abuja Sept. 4. The U.S. is preparing to launch a “major” border security program to help Nigeria, Thomas-Greenfield said, but offered no details, the Associated Press reported.

But Nigeria’s military has recaptured Bama, a town of about 200,000 in northeast Borno from Boko Haram and blocked the Islamist militants’ advance toward Maiduguri, according to a senior military official who requested anonymity, Reuters reported today (Sept. 8). After Boko Haram captured Bama on Sept. 1, Nigeria began airstrikes as early as Sept. 3 against the jihadists’ military bases outside Bama, and continues to fight threats to neighboring Adamawa, Reuters reported.

Boko Haram’s attacks have disproportionately targeted Christians in efforts to establish Islamic rule in the country where Christians comprise roughly half the population of some 179 million. In the latest attacks the terrorists have begun occupying towns as “Islamic Caliphates” and hoisting Boko Haram flags, reportedly in the Damboa and Gwoza towns in Borno, and Buni Yadi in Yobe.

Boko Haram killed about 350 Christians in northeastern Nigeria in the past week and forced the temporary closure of Kulp Bible College in Kwarhi and many churches, Nigeria’s Church of the Brethren in Nigeria (EYN) told Morning Star News Sept. 6. Thousands are feared trapped in areas Boko Haram has captured.

A legislator displaced from his constituency including Gwoza has requested U.S. humanitarian aid. Nigeria relations expert Adeniyi Ojutiku, a Southern Baptist who leads the Lift Up Now USA grassroots outreach group, shared with Baptist Press a letter he received from Peter Biye Gumtha, representative of the Chibok/Damboa/Gwoza Federal Constituency of Borno State.

“It is our fervent plea to every well meaning individual or organization to come to the aid of our people as they are suffering in no small measure,” Biye Gumtha wrote in the Aug. 30 letter he has asked Ojutiku to share with the U.S. Congress. “They have nothing to eat because the insurgents carted away all that they labored for, for years. They have no shelter over their heads as most of the [refugee] camps are schools that cannot contain large number of people. They have no future because they have abandoned their primary occupation which is farming and their children cannot go to school.”

More than 50,000 refugees from Chibok/Damboa/Gwoza are scattered in Cameroon and Nigeria, he said, and are included among 645,000 Nigerians the United Nations High Commissioner for Refugees tabulates are internally displaced. The U.N.’s refugee agency reports there are tens of thousands more who have fled into neighboring Cameroon and Niger. In total, an estimated 1.5 million Nigerians have been forced to flee their homes, according to the U.N. Office for the Coordination of Humanitarian Affairs.

“He has an office that manages information, that receives information, and processes data coming from his area. I would consider his record to be more credible than anything that we’ve ever seen,” Ojutiku told Baptist Press. “I would trust his numbers because he is a person that has day-to-day contact with his people.”

Christian leaders in the region are requesting prayers.