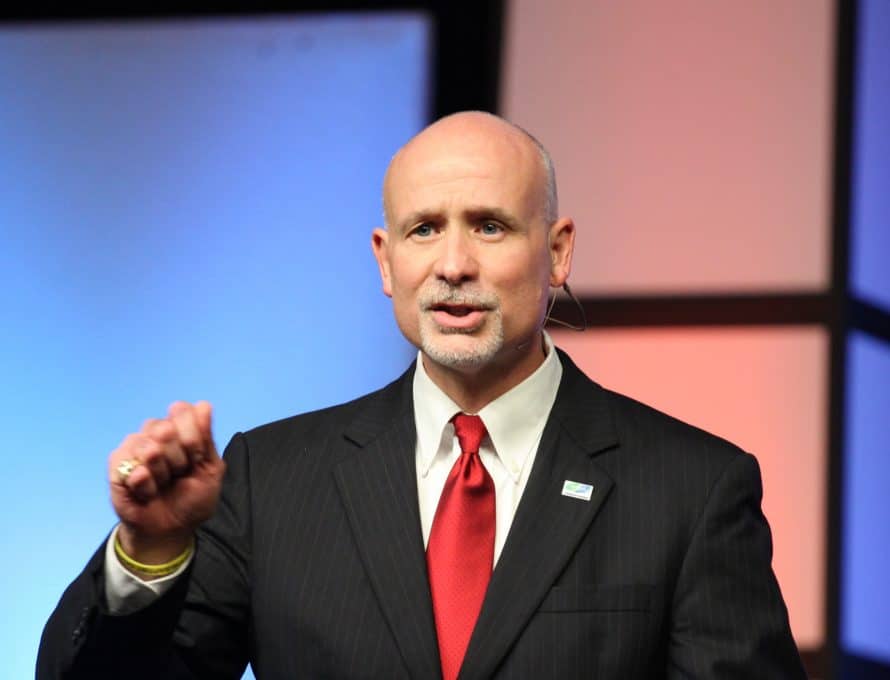 PARIS – No stranger to Missouri Baptist Convention (MBC) life when he was elected president of the convention in 2012, Wesley Hammond, pastor of First Baptist, Paris, said there were still some surprises waiting for him.

“Probably the biggest thing is just how diverse Missouri Baptists really are while still working together for the Kingdom,” he said. “There’s a like-mindedness that most people don’t get to see because we’re only around people like us. Whether it’s a small church with a bi-vocation pastor or a large church, it doesn’t make any difference. There’s a lot of us doing the work.”

Hammond said he felt called to get involved in convention leadership, a role that is long on meetings and driving.

“This wasn’t something that I chose or sought,” he said. “I was willing to serve if elected, but I didn’t need another job.”

Hammond served previously on the MBC executive board beginning in 2004 and as chairman of the administrative committee. He also served as first vice president before elected president. After ten years engrossed in MBC life, he said he is ready to take a break and simply be with his church in Paris.

“It’s been a very intense two years,” he said. “I love doing whatever God has for me to do. I’m going to have as much joy visiting a director of mission in the hospital as I did in my service as president. I enjoy spending time with my family. I hope that my intensity doesn’t change, just the focus.”

Hammond’s advice to his successor who will be elected at the annual meeting at Tan-Tar-A?

“Surround yourself with godly people, give help as often as you can, but realize that even leadership is a group effort,” he said. “Moses was supported by Aaron at his best. The presidency of the MBC is about serving Missouri Baptists as we build the Kingdom.”

In the aftermath of the reversal of Roe v. Wade, the Missouri Baptist Children’s Home is stand