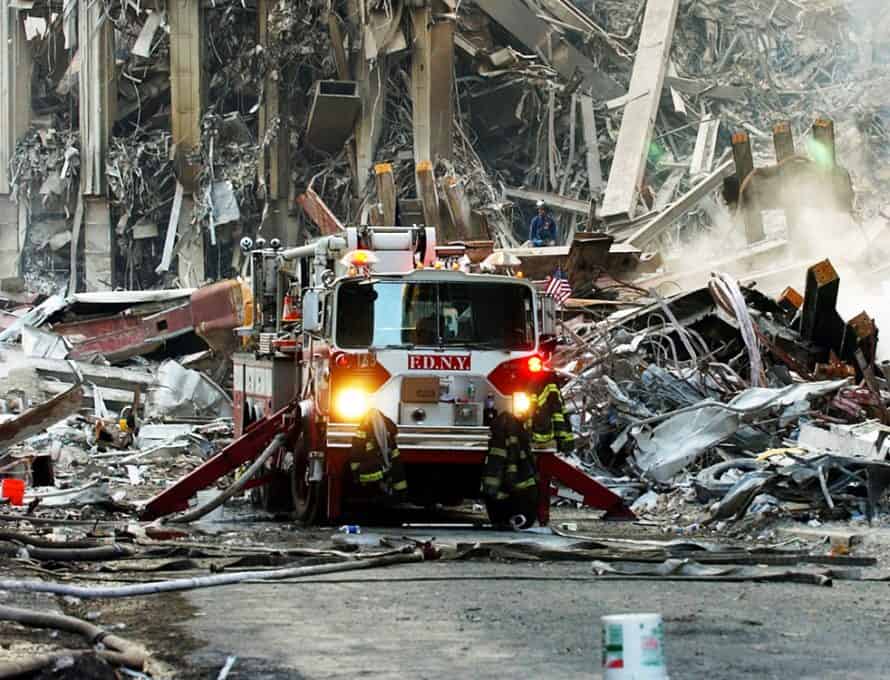 A high-profile pastor from New York City addressed a large conference for church planters and evangelism leaders. He gave a rousing cry for evangelism. He said the need is so urgent that we should be like the firefighters that went into the Twin Towers on 9/11. They didn’t pick certain people to help. They went in to save them all! The mental image of that story was very powerful.

The spiritual need is great! Everyone is important. Do we abandon people group missions? Do we stop learning new skills like Bible Storying? Do we just treat everyone the same? What role does worldview have in evangelism?

As I chewed on that level of urgency, I also began to pray. Here are five similarities between our spiritual mandate to bring people to Jesus and the firefighters on Sep. 11, 2001, in New York City.

Prioritize specific peoples, but address the needs of anyone God puts in your way. The 9/11 firemen had a specific location and set of people that shared a common danger. Just as Jesus was called to the House of Israel, He didn’t ignore those He encountered along the way – the Syro-Phoenician woman, the Samaritan woman at the well, the Roman centurion’s slave, etc. The firemen on 9/11 didn’t wander off to a house fire somewhere else. The people of the Twin Towers were their total focus.

Prepare in advance. The 9/11 firemen were heroic and their courage was enabled by their preparation. Jesus said He was sending us out as He was sent (John 20:21). The Apostle Paul said we could be sent out as missionaries, evangelists, prophets, preachers/teachers, and many other roles “gifted” by the Holy Spirit (Eph. 4:11, Rom. 12, 1 Cor. 12). The firemen were trained for a specific purpose: to save lives. Jesus said we would be given power of the Holy Spirit to be His witnesses to all people (Acts 1:8). Some are prepared to be witnesses with different personalities, skill sets, education, experience, and spiritual maturity levels.

The 9/11 firemen were skilled in confronting a number of needs. In spiritual terms, evangelism is different from discipleship. The firemen would have treated someone with burns differently from someone else that was panicking. They didn’t put a bandage on the problems, either. They quickly assessed need and sought to meet the need that they could. Followers of Jesus must meet people at their point of need. Post-modern secular Americans have different needs than a first-generation Somali immigrant. Witnesses address different felt needs. A relational discipleship group that is supportive, transparent, and holds members accountable meets spiritual need.

Ambulances, hospitals, and specialists were standing by ready to help. The 9/11 firemen knew they were part of a greater system of healthcare. They knew that each person would be treated with great care if they could just get to them. Followers of Jesus who share their faith know that they are part of the Body of Christ. The firefighters had radios and constantly communicated need they encountered and where the greatest need was located. Churches should exist to provide a number of ministries, include supporting missions with tithes through churches and through the Cooperative Program and missions offerings such as the Missouri Missions Offering (MMO).

The 9/11 firemen were willing to die to carry out their duties. Are we? Are you willing to surrender to the Lord’s leading even if it means heading straight out of your comfort zone and into stress or outright danger? There were 343 firemen and paramedics, 23 police officers and 37 Port Authority officers who died on Sept. 11, 2001. I could not hold them in higher esteem. Likewise, it has been reported that from 2008-2009 as many as 482 Christians were martyred every day – one believer died every three minutes (WND).

Every day is 9/11 to a believer seeking the lost come to Jesus. We must go out, even if it costs our lives.