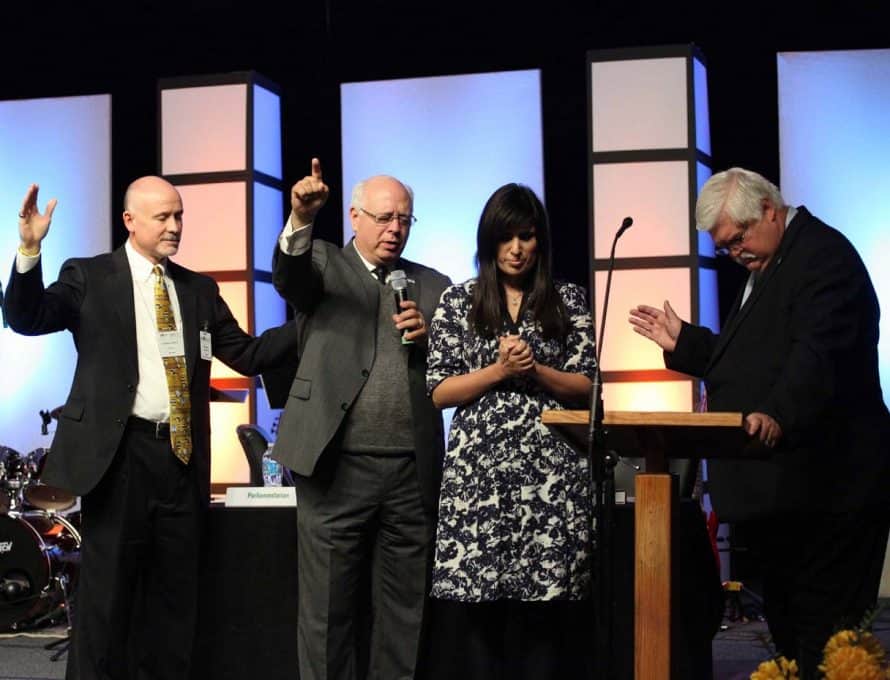 TEHRAN, Iran – Christian persecution and yes, genocide, is real in the world today, and Naghmeh Abedini is calling out to the body of Christ to pray.

Sept. 26 will mark two long years since her husband and American pastor, Saeed Abedini, was imprisoned in Iran for his Christian faith.

And most recently, Islamic State of Iraq and Syria (ISIS) terrorists were brought into the same prison as Saeed. Because he is both an American and a Christian convert, he immediately started receiving death threats.

“The Bible says if one part of the body suffers, the rest of the body suffers,” Naghmeh said. “Look what’s happening. Our lives can get so tangled up that we forget people are paying the price for their faith in Jesus. We have freedom here and when we pray, no one can stop us. We are called to remember and take action. Christians cannot be silent about this injustice.”

So, as part of the Save Saeed project of the American Center for Law and Justice (ACLJ), on Sept. 26 thousands of people will gather in more than 200 locations worldwide to pray for Pastor Saeed and for Christian persecution happening around the world.

“I am expecting great things – perhaps revival, from this prayer vigil because God honors His united people, Christians united because of Saeed’s chains,” Naghmeh said. “You might think, ‘What can I do about the evils in Iraq and Iran?’ This vigil is a great opportunity to stand up to persecution. God hears the cries of His people.”

Jayne Patton, Prayer Vigil coordinator for Missouri and the women’s ministry leader at First Baptist Church (FBC) of Wentzville, is passionate in her efforts to share Saeed and Naghmeh’s story of persecution, as well as to promote the protection of religious liberty everywhere.

She is organizing the vigil that will take place at the State Capitol Building in Jefferson City, where FBC Wentzville pastor Ralph Sawyer and Joshua Hawley, Missouri Liberty Project founder and president who helped represent Hobby Lobby at the Supreme Court, are scheduled to speak. Other Missouri vigil locations include one at Abundant Life Church in Lee’s Summit and another in Owensville.

“Two years ago I saw Naghmeh being interviewed on the news, and I just felt compelled to reach out to her and do what I could for her and Christians like her,” Patton said. “Saeed is an American. They are real people. The imprisonment, not being able to see his wife and kids, being beaten for his faith in Jesus; this is Saeed’s reality. I think some day we are going to give an account and, on this day (Sept. 26), I want to say I was there. I prayed and took a stand against the persecution of God’s people. It’s going to matter to God. Who would miss that opportunity?”

Patton said the State Capitol Building vigil will be held from noon to 2 p.m. on Sept. 26 and people are invited to wear yellow in honor of Saeed, who is seen wearing yellow in many of the pictures with his family before he was arrested. The pictures serve as a reminder to the world of the suffering felt by a family torn apart by persecution.

“We are suffering and hurting in our everyday life, but I allow the truth of 2 Cor. 1 to take over,” Naghmeh said. “The moments when I am at my weakest are the best opportunities to cling to Jesus and pray through our pain. The truth is God is using this. My kids and I are proud of Saeed for standing firm in his faith. But we still want him home.”

For information regarding the prayer vigil or to find a location near you visit beheardproject.com/prayer-vigil/saeed.