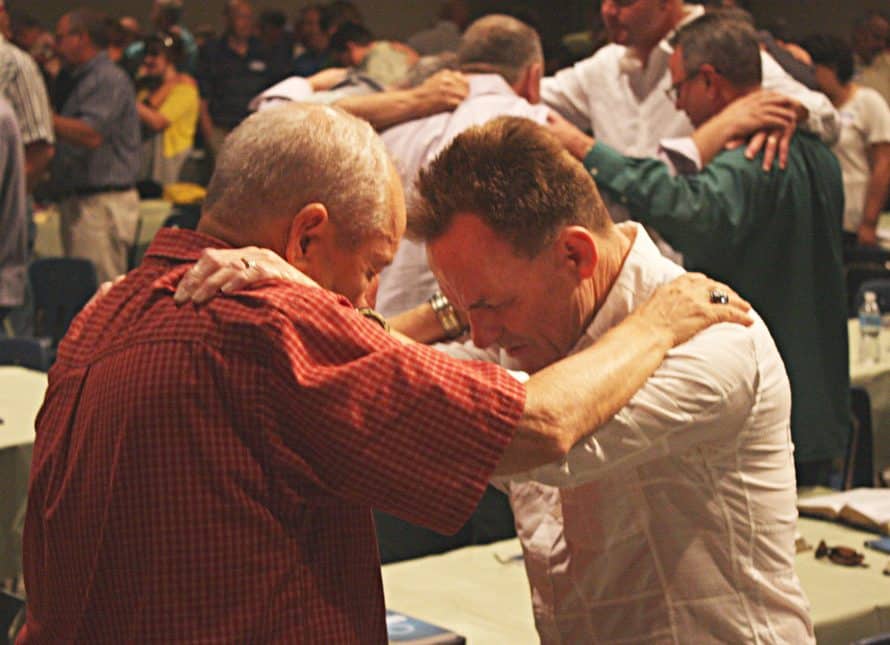 SPRINGFIELD – Burdened by the need for revival and spiritual awakening in the United States and throughout the world, 328 Missouri Baptists gathered at Crossway Baptist Church in Springfield for the Heartland Prayer Summit, Aug. 21.

Floyd said that Missouri Baptists – like other people throughout the nation – are faced by numerous crises, from the unrest in Ferguson and the immigration crisis on the nation’s southern borders, to conflict in the Gaza Strip and a growing terrorist threat in Iraq. But one crisis stands above them all.

“You look at all the crises in the world today, and the greatest crisis is the spiritual crisis in our nation today,” Floyd told Missouri Baptists gathered at Crossway Baptist. Although some have lost hope in the face of such crises, Floyd said that hope remains.

“My hope is in the gospel of the Lord Jesus Christ, and I’m more hopeful than I’ve ever been before, because I believe God can turn anything around.”

“That’s what we need,” Elliff said. “Revival is what we need. Nothing else can save us but the manifest presence of God – God rending the heavens and coming down.”

But, during such times of revival, God uses men and women filled with and anointed by the Holy Spirit, who spend time in “extraordinary” prayer.

“‘Explicit agreement and visible union among God’s people in extraordinary prayer’ – this is what God uses when He gets ready to bring revival of religion and the rapid expansion of His kingdom,” Elliff said.

God responds also to united prayer, he said. Throughout Scripture, when God sent judgment because of the sins of Israel, all the people would cry out to God.

“I’ve studied this, and the best I’ve determined from Scripture, there is not one single time in Scripture when ‘all the people cried out’ that God did not open the windows of heaven and come down.”

Missouri Baptists should also raise desperate prayer to God, he added. “We don’t realize what is happening to the bride of Christ and the name of God in Missouri and Arkansas, or we would be crying out in desperate prayer.”

Floyd and Elliff challenged Missouri Baptists not only to pray more on an individual basis, but also to join one another – in their churches, association and convention – more often to pray for revival and spiritual awakening throughout the nation, so that the world may be reached for the gospel.