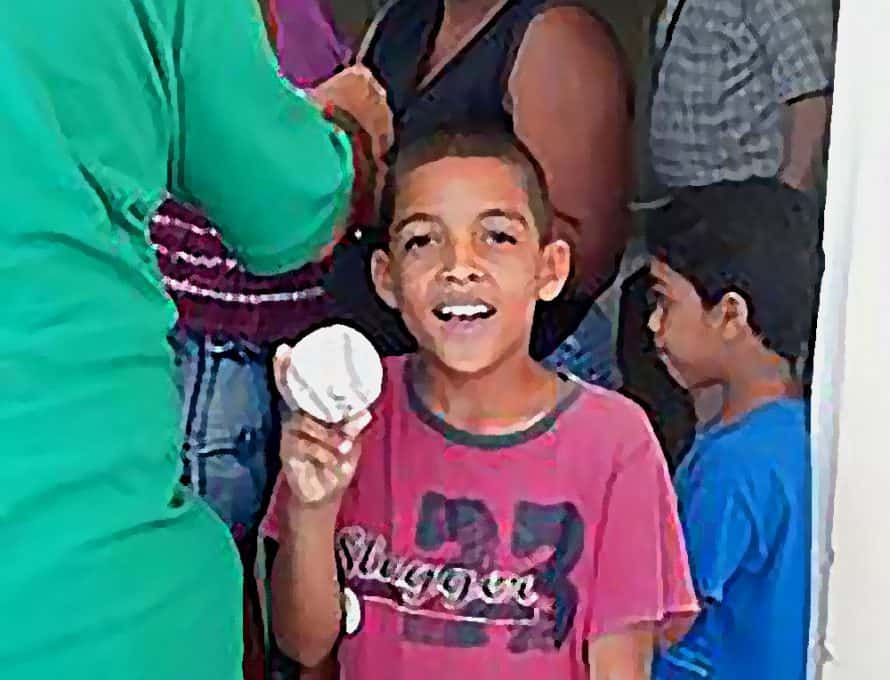 Paul Dudley, a deacon from Hillcrest Baptist, Lebanon, and his sons Caleb, 25, and Cory, 16, connected with a Texas ministry’s “Cuba for Christ” effort. Caleb is a Sunday School teacher and trustee at Birchtree Baptist Church.

Dudley’s ministry, “Eternal Pastimes,” has collected used – but still useable – and new baseball equipment and monetary donations for 15 years for foreign countries, including a Cuban Christian baseball league. The equipment came from U.S. teams, including the team at Southwest Baptist University in Bolivar.

“We sent enough to outfit 21 teams in the league,” said Dudley, a retired high school baseball coach. “They use baseball like we use block parties followed by an evangelistic message.”

In past years, some Cuban mission work focused on agriculture. Dudley said one purpose this year’s mission trip was to check on farming needs, specifically ensuring that a plow and an ox yoke sent on a previous mission trip were working.

The recent trip to Cuba included delivery of Bibles and food products, like cooking oil and evaporated milk, which pastors distribute. Cuban foods are expensive.

“The average Cuban earns $18 a month. They get monthly meat and rice allotments from the government, but their salary only goes so far. One Cuban pastor raises chickens in an incubator in his kitchen (as ministry). The Cuban church is willing to work, they just need people to help them out,” Dudley said.

The mission team was based in Havana, although they took day trips, and sometimes spent the night, in outlying areas.

At an awards banquet, recognition was given to 25 players who became Christians.

“The MVP got a new glove and a new jersey. He said the best thing that happened to him that year was meeting Jesus,” Dudley said.

Some fans and family members of the players also became Christians. On the way to one of the baseball practices, three people professed faith in Christ, Dudley said.

He also recounted how one ex-convict has begun to take steps toward Christ.

“The Texas group poured a concrete slab for a sports court. The pastor had the only good drinking system in the town, and people came from all over to get water from the pastor’s filtration system,” Dudley said. “A bar owner across the street from the pastor wasn’t happy (about this situation) and hired a man who spent 34 years in prison for murder to run the pastor off. The pastor, his wife and two children were threatened, and loud music was played. Juan Carlos, past president of the Cuban Baptist Convention intervened with the government, who shut the bar down.

“The (ex-convict) felt bad what for he had done and told the pastor he was sorry. The pastor said he could offer forgiveness, but didn’t feel like forgiving. Then the former prisoner cried. The pastor reported, ‘I had cried a lot for what the man had done to my family; now I cried for him and what he was going through.’

“The former murderer was a mason by trade, and the pastor hired him to make the sports court, and when the man asked why, the pastor said, ‘God forgives people.’ The pastor got tools from the states to give to him. (The ex-convict) was there the day we dedicated the court. He’s not a believer yet, but he is a seeker.”

Dudley asked Missouri Baptists to pray the people of Cuba.

“Pray for the people in Cuba and the work there. Their goal is to have a house church within walking distance of every Cuban,” Dudley said. “Their walking distance is further than we would think.”

“Eternal Pastimes” can be reached at pdudley98@gmail.com.