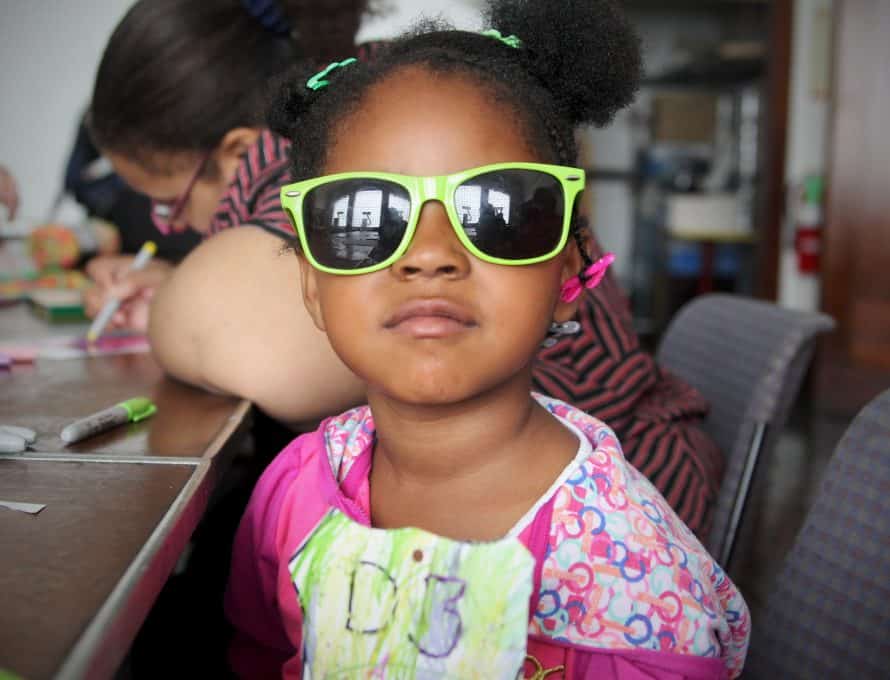 CHICAGO – An 8-member mission team from Springhill Baptist Church, Springfield, carried the gospel to one of the nation’s most dangerous communities last month.

The team partnered with Good Hope Baptist Church in Englewood, one of the 77 official communities of Chicago – a city with only one church per 31,791 people. Two of the top 25 most dangerous neighborhoods in the nation are situated in Englewood, according to data released last year on NeighborhoodScout.com. This July, more than 350 crimes were reported in Englewood, ranging from battery and theft to drug abuse and prostitution; 17 homicides have been reported during the past year.

But, according to Springhill Pastor Adam McClendon, reports of violence won’t hamper the church’s passion for fulfilling the Great Commission.

“We don’t let fear dictate where we go on mission with God,” McClendon said, reporting that mission teams from the church have also traveled to Uganda and Mexico this summer.

The church’s Chicago mission team, led by Matt and Jen Campbell, organized a Vacation Bible School (VBS) program for neighborhood children each morning, hosted a block party and walked through the community, praying and sharing the gospel with those they met.

Jen Campbell, who serves as Springhill’s missions administrator, said the Chicago church’s vision for neighborhood outreach continues largely because of the passion of Mary Clark. Her late husband and founding pastor of the church, Edward Clark, died a few months before Springhill sent their first mission team to Chicago last year.

Campbell and her husband praised Clark for her service to the children of Englewood.

“A lot of these kids don’t have dads. A lot of them don’t even really have moms,” Matt Campbell said. “And so, Mrs. Clark kind of fills that role. The children come in, and they have the utmost respect for ‘Mama Clark,’ as they call her. She keeps them on the straight and narrow. She doesn’t take a lot of flack from them, and they respect her for that.”

The need for gospel outreach to these children and their families is enormous, he added.

“You could just really hear the hurt, the pain and the fear that was in that community,” he said, recalling how he spoke to one teenage girl after she dropped her little brother off at VBS. The night before, she had been rushed to the hospital because of a drug overdose.

Seeing such stark examples of lostness in Englewood, he couldn’t help but return to Springfield with greater awareness of the needs in his own city.

“We need to be mindful to have a purpose in life every day, to go out and serve people so that they will know Christ,” he said. “We didn’t do anything in Chicago that can’t be done here.”

E.J. McDaris and his wife, Jessie, joined Springhill’s mission team to Chicago, and the city’s lostness was all too familiar to them. They have witnessed this same lostness in Greene County, Missouri, while ministering at juvenile detention facilities on a weekly basis.

But McDaris said he knows personally the pain and lostness of Englewood’s children.

“I grew up spending a lot of time in penitentiary visiting rooms,” he said. “My dad was in and out of the penitentiary. My mom used drugs. I started hustling at a very young age. I started dabbling in drugs and alcohol. … I was very violent.

McDaris thought of himself as a “self-made man,” but, at the age of 36, he broke.

“I was at that broken place that they talk about in Psalm 51,” McDaris said. “And I came out with my hands up, and I surrendered to God.

“Now I’m a God-made man, and that is all the difference.”

For this reason, McDaris loved sharing his story with the children and teenagers in one of America’s most dangerous communities. Fear wasn’t going to hamper his mission to share God’s love in Englewood.

“When I worked for the devil, I worked really hard for the devil,” he said. “So I am going to do everything in my physical and mental power to work triple time for my Lord and Savior. I didn’t have any problems being bold and relating to any of these kids.”