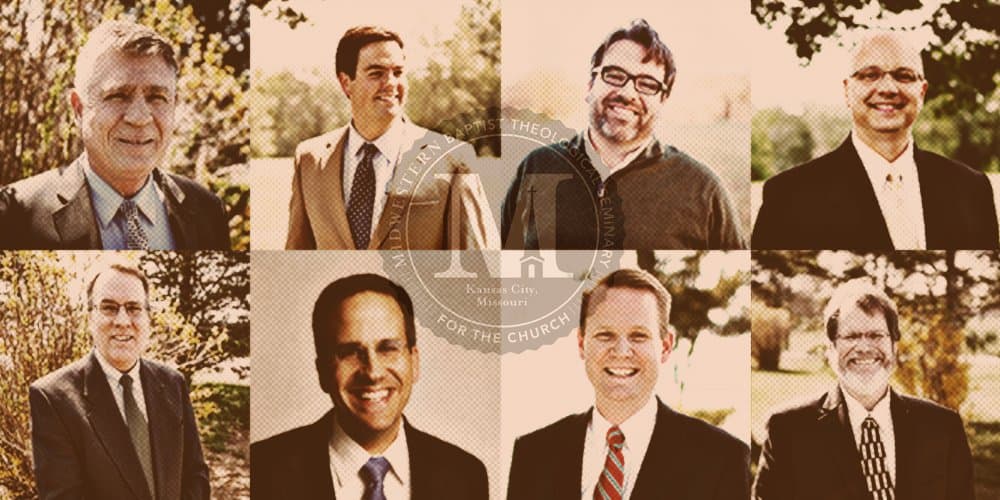 KANSAS CITY – With five members in their 30s or early 40s, Midwestern Baptist Theological Seminary’s eight-member leadership team may be the youngest among Southern Baptist seminaries. And these young leaders at Midwestern are breaking the generational mold by evincing a passion for the local church and for the Southern Baptist tradition.

At the age of 35 when he was inaugurated as Midwestern Seminary’s president, Jason Allen himself was one of the youngest seminary, college or university presidents in the United States. Other members of the Midwestern leadership team include Andrew Davey, vice president for Institutional Administration; Jason Duesing, academic provost; Robin D. Hadaway, dean of Students; Rodney A. Harrison, dean of Online & Doctoral Studies; Thorvald B. Madsen II, dean of Graduate Studies; Charles W. Smith, vice president for Institutional Relations; and John Mark Yeats, dean of the Midwestern Baptist College.

The Midwestern leadership team is providing theological education for a generation that has been disenfranchised from the local church and denominational life. According to a 2010 report from the Pew Research Center on Religion and Public Life, one-in-four members of the Millennial Generation refuse to affiliate with any church denomination, making them twice as unaffiliated as Baby Boomers.

But, with an appreciation both for the local church and the Southern Baptist Convention, even the younger members of Midwestern’s leadership team oppose these generational trends.

“I’m pleased to have a leadership team around me that wholeheartedly embraces, believes in, undergirds and projects the vision of Midwestern Seminary serving the local church,” Allen said. “They understand, that we serve a convention with churches that have pressing needs, current needs.”