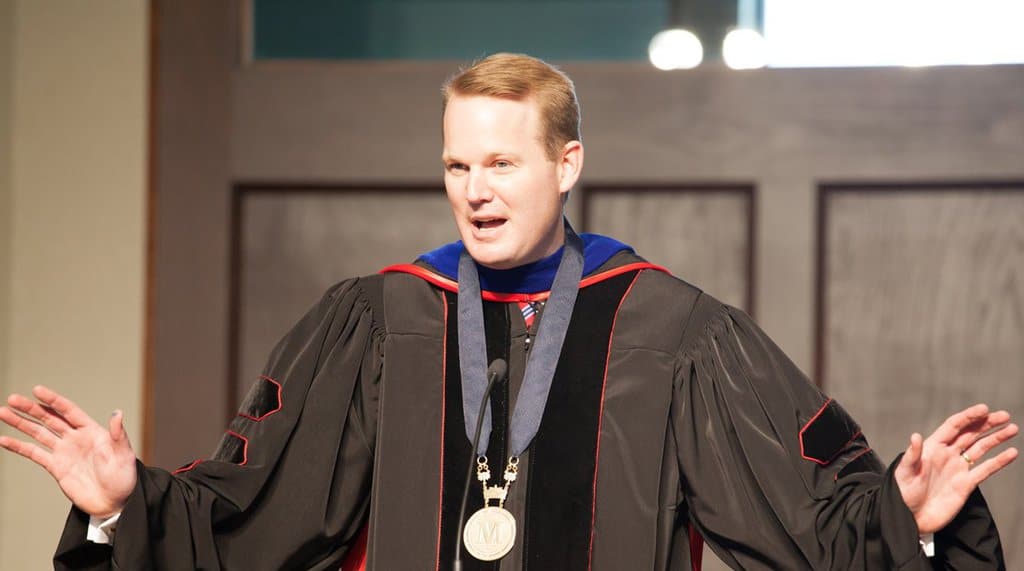 KANSAS CITY – Midwestern Baptist Theological Seminary has experienced tremendous growth since Jason Allen, the youngest seminary president in the Southern Baptist Convention (SBC), stepped into his leadership role here in 2012. And, by all accounts, this growth shows no signs of stopping.

During his report to the 2014 Southern Baptist Convention in Baltimore, Allen said that the seminary once again had a record enrollment, totaling some 1,500 students in the 2013-14 academic year, who “are arriving on campus eager to give their lives for the cause of Christ and eager to be equipped for such a ministry.”

“With more than 500 students, our doctoral program ranks as one of the largest in the world, and its growth continues to accelerate,” he told SBC messengers. In a recent Pathway interview, Allen reaffirmed his belief that enrollment at the bachelor’s, master’s and doctoral levels will continue to grow in semesters to come.

But Midwestern Seminary has expanded not only its enrollment. Earlier this year, the seminary also dedicated a $12 million chapel – built debt-free by Baptist Builders and with the financial generosity of Gene and Jo Downing of Oklahoma. Additionally, over the 2013-14 academic year, the seminary received over $5 million in gifts and near-term pledges, totaling more than the past 10 years combined.

Additionally, Midwestern has increased its educational programs, as well. It expanded its doctoral program to include Ph.D. majors in biblical theology, biblical ethics, biblical missiology, biblical ministry and biblical preaching. The seminary also established a women’s institute last year. More recently, it launched the Midwestern Training Network, partnering with churches to facilitate theological education in the local church. In July, the seminary announced that it would open an extension center at The Journey church in St. Louis this August. And more expansion is yet to come and will be announced in the season ahead.

The purpose for such expansion, according to Allen, is simple: the local church.

In fact, the motivation for every decision made by the seminary’s leadership team is considered in light of this purpose, Allen said. “I am unequivocally committed to Midwestern Seminary being the seminary in North America most given to serving the local church.”