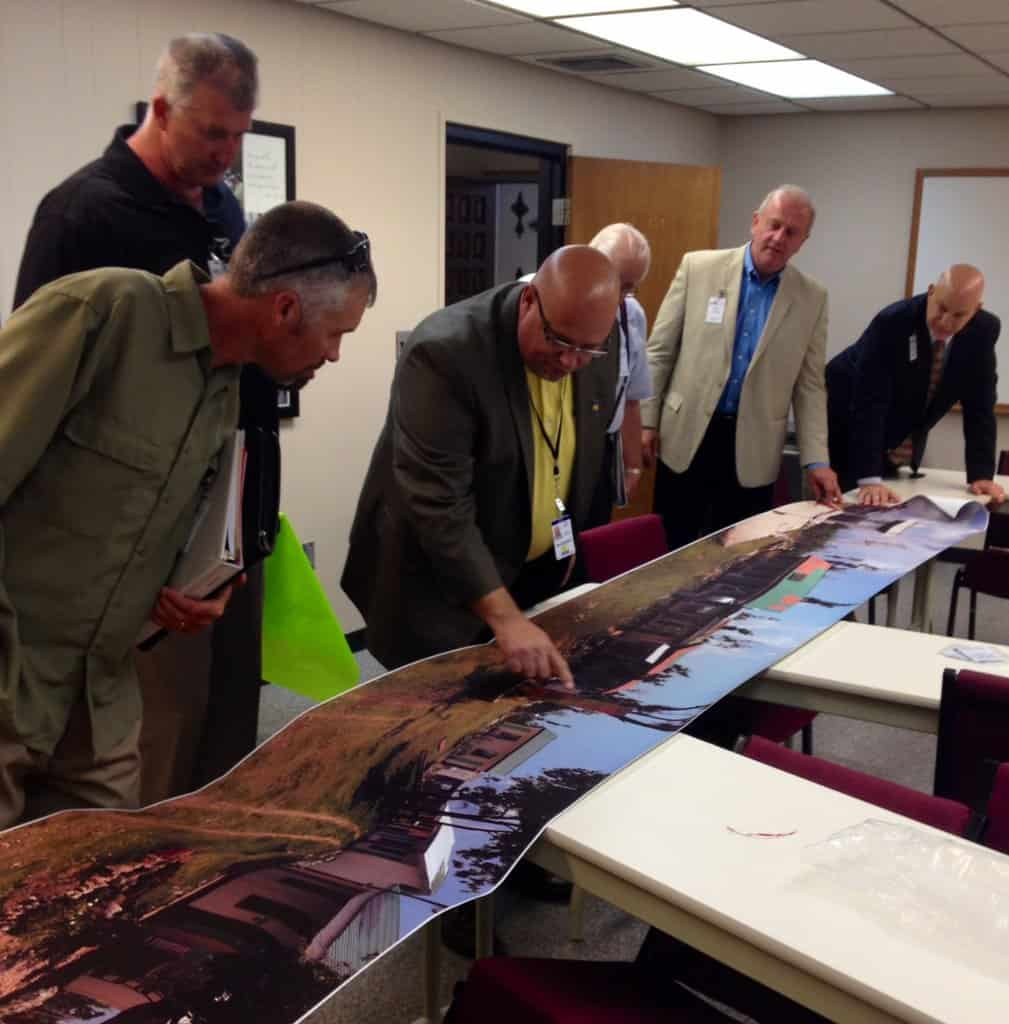 JEFFERSON CITY – During their latest meeting, July 14-15, the Missouri Baptist Convention’s (SBC) executive board permitted the MBC to raise $200,000 for a learning center and board room that will be named in honor of Baptist statesman and board member, Larry Lewis. The board also approved the MBC’s 2015 budget, set aside a special offering that will be taken at the annual meeting in October, and addressed the MBC’s recent purchase of 970 acres of Windermere wilderness.

MBC Executive Director John Yeats recommended that the board authorize a fund-raising campaign for the Larry Lewis Learning Center. The development of this learning center would involve the renovation of a 1,500-square-foot section on the first floor of the Baptist building here. The board gave Yeats permission to raise the support needed for the renovation project from sources outside of Cooperative Program funds.

“I appreciate the executive board’s action and am delighted that we have chosen to name it in honor of Dr. Larry Lewis,” Yeats said. “Sharon and I wanted to be the first to donate to the project, so we secured a check and opened the designated account for the project here at the MBC.”

The beauty of the Baptist building is that we already have a roof and walls and infrastructure, Yeats said. The costs of refurbishing this space would be much less than building from the ground up. Based on refurbishing figures supplied by Pierce Construction Company in Kansas City, Yeats shared with the executive board that $200,000 would be needed.

“I can certainly see this kind of room being used for small conferences of 100 or less participants and board meetings,” Yeats said. “I would anticipate video production of speakers and possible live streaming of events through a space of this caliber.”

The space has been storage for years, but cleaning out storage spaces at the Baptist building has been a priority for Yeats. He says that the Baptist building needs to be transformed into workspace, training space, meeting space and not storage space. He believes there will be professionals who would like to be tenants and hopes their resources will offset the cost of operations and maintenance of the building, much as has happened at the Baptist Convention in Illinois.

In other business, the executive board recommended that Missouri Baptist churches approve a 2015 budget of $14.5 million during the MBC annual meeting this fall.

In 2014, the budget allocated 60 percent for the MBC and 40 percent for the national convention. The 0.5 percent change in the 2015 budget represents the desire, affirmed by MBC messengers last fall, to achieve a “50-50” split by the year 2020.

Additionally, the executive board recommended that the MBC authorize a special offering, which will be collected on Oct. 28 at the MBC annual meeting. Sixty percent of the offering would fund scholarships for mb125, the Minister’s Juggling Act and other MBC pastor-assist initiatives. The remaining 40 percent of the offering would fund an endowment for the MBC’s Disaster Relief.

Dwain Carter, director of MBC Disaster Relief, said that a legacy endowment fund is “one of the best ways” to make Disaster Relief “an integral forever ministry” in the state.

“When this fund reaches its minimum financial point,” Carter said, “Disaster Relief will be able to use the accrued interest to help fund the Disaster Relief ministry to continue to bring help, hope and healing to those in need during the event of a disaster.”

The executive board also addressed the MBC redemption of 970 acres of Windermere wilderness property in two recommendations. According to the first recommendation, the convention will use $152,089.51 returned to the MBC by the Baptist Foundation of Oklahoma to make monthly payments on the purchase of the land.

A second recommendation by the board called the MBC president to appoint a seven-member task force, which will research and recommend a strategy relating to the Windermere wilderness purchase. The task force will report to the board during its December meeting and will make a final report during another meeting in April 2015. Members of the task force will include the current MBC president, the MBC executive director and the MBC’s support services team leader.

In other business, the MBC executive board approved the following recommendations:

• That reserve funds be used to pay MBC litigation costs not covered by Plan A litigation funds. The board will review this decision in December and determine how to proceed in 2015.

• That the “Building for Tomorrow” reserve funds, in the amount of $20,850, retitled the “Church Revitalization Project Fund,” and that the funds will be available to the MBC’s church strengthening team for this purpose.

• That a five-member task force from the administrative committee, appointed by the committee’s chairman, study MBC personnel salaries and benefits and bring a comprehensive report to the board meeting in April 2015.