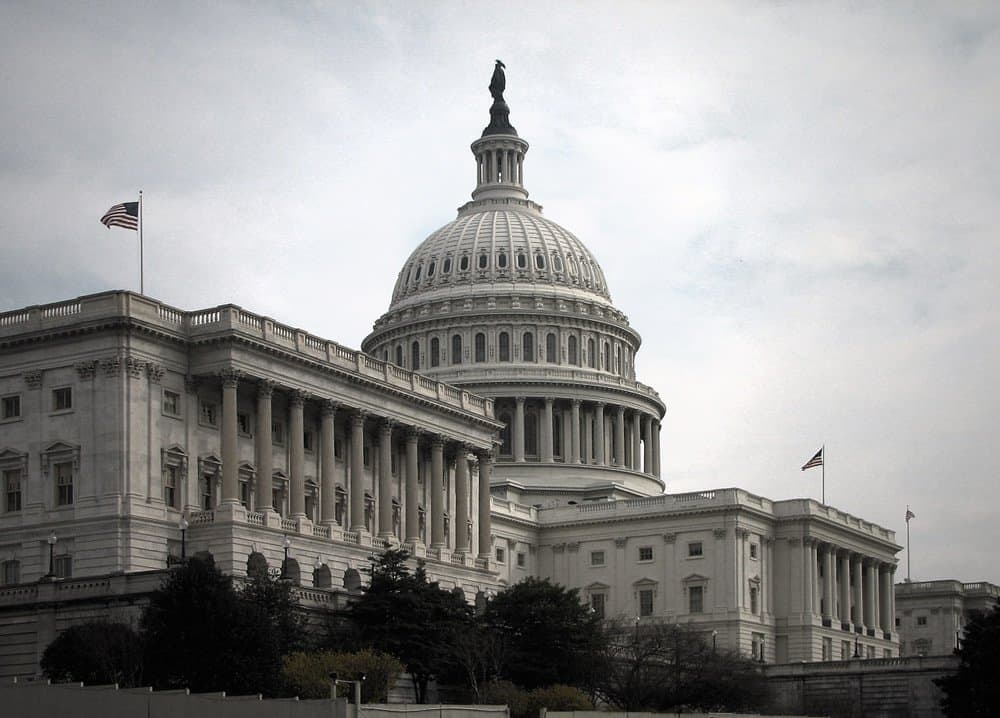 Ben Johnson/LifeNews
WASHINGTON, D.C. – A bill introduced by Senate Democrats to erode the religious liberty of Americans who object to abortion-inducing drugs or contraception has stalled.
The Democrat-controlled body voted 56-43 to pass the bill, which would require business owners to offer contraceptives, sterilization, and abortion-inducing drugs to their employees with no co-pay, regardless of their religious views. However, the measure needed 60 votes to proceed, due to Senate cloture rules.
Pro-abortion Republicans Susan Collins of Maine, Mark Kirk of Illinois, and Lisa Murkowski of Alaska voted with the Democratic majority.
Women Speak Out PAC, a partner of the national pro-life Susan B. Anthony List, blasted them and vulnerable Democratic Sens. Kay Hagan, Mark Pryor, and Mary Landrieu, calling their position “a radical vote.”
“This bill would pave the way for taxpayer funding of almost all abortions as ‘preventive services,’” Women Speak Out PAC President Marjorie Dannenfelser said this afternoon. “In backing this legislation, Senators Hagan, Pryor, and Landrieu stand with the abortion lobby, not the people who elected them.”
“From now until election day, we will be urging voters to oppose those candidates who not only fail to stand up for unborn children and women, but also religious freedom – the very bedrock of our nation,” she said.
Sens. Patty Murray of Washington and Mark Udall of Colorado introduced the “Not My Boss’ Business Act,” also called the “Protect Women’s Health from Corporate Interference Act” (S. 2578), last Wednesday alongside Planned Parenthood President Cecile Richards and NARAL Pro-Choice America President Ilyse Hogue.
“Five men on the Supreme Court decided that a corporation should have more rights than the women it employs,” Murray said on the Senate floor today, “but we are here today because we cannot allow that to stand.” House Minority Leader Nancy Pelosi agreed that the policy is “as personal as it gets.”
But Republican Sen. Mike Lee of Utah, a Tea Party favorite, called the legislation “an insult to the people it would target” and “an embarrassment to the party leadership that has embraced it.”
The proposed bill was an attempt to overturn the U.S. Supreme Court’s 5-4 decision in Burwell v. Hobby Lobby by legislative means. Hobby Lobby paid for 16 of the 20 mandated contraceptive services under the HHS mandate but balked about four drugs, including Ella, that can act to trigger an early abortion. The justices ruled that closely held corporations cannot be forced to take part in furnishing such services to their employees if doing so would violate their sincerely held religious beliefs.
Justices based their opinion on the Religious Freedom Restoration Act of 1993, signed into law by President Bill Clinton.
Democrats immediately seized upon the Supreme Court victory with e-mail blasts and fundraising appeals touting a “War on Women,” a winning strategy in Ken Cuccinelli’s defeat in the 2013 Virginia governor’s race.
Murray and Udall introduced the bill, knowing it would not likely clear the Senate and would certainly die in the Republican-controlled House of Representatives.
The religious freedom constriction bill was endorsed by a who’s who of the political Left, including abortion industry lobbying groups like Planned Parenthood, NARAL Pro-Choice America, the National Abortion Federation, and the Guttmacher Institute; dissenting Catholic groups such as Catholics for Choice and the National Coalition of American Nuns (NCAN); left-wing secularists like the ACLU, Americans United for the Separation of Church and State, the Sexuality Information and Education Council of the U.S. (SIECUS), and the Service Employees International Union (SEIU); as well as organizations representing left-leaning constituencies such as the National Gay and Lesbian Task Force, Lambda Legal, the Central Conference of American Rabbis, and the Mexican American Legal Defense & Educational Fund (MALDEF).
It was also backed by three population control groups. The text of the bill notes that eliminating any co-pay would increase the use of contraceptives, “particularly among lower-income women.”
The law “does not befit a nation committed to religious liberty,” according to Archbishop William Lori of Baltimore and Cardinal Sean O’Malley of Boston, who wrote a letter opposing the bill on behalf of the nation’s Catholic leadership. “Nor does it show a genuine commitment to expanded health coverage, as it would pressure many Americans of faith to stop providing or purchasing health coverage altogether.”
However, self-described “pro-life Democrat” Sen. Bob Casey, D-PA, announced his support for the bill. “The health-care service that’s at issue here is contraception, which means prior to conception,” Sen. Casey told the Philadelphia Inquirer.
Casey “has remained a pro-life Democrat but one who has stretched the bounds of that definition,” Christopher Borick, a political science professor at Muhlenberg College, told the Inquirer. “On issues like contraception, he’s clearly been much more in line with the approach of the Democratic Party position and not those of the teachings of the Catholic Church.”
Casey voted for the bill today. Senate Majority Leader Harry Reid voted no, not because he opposes the bill, but so he could bring it up for a vote at a later date.
Bill Donohue, president of the Catholic League, said that while he welcomed today’s victory, “the fact that a majority of senators, almost all Democrats, are still bent on eviscerating the religious liberty rights of Americans is very disturbing. It seems they will stop at nothing to trample on our First Amendment freedoms.”
(With permission from LifeNews.com.)