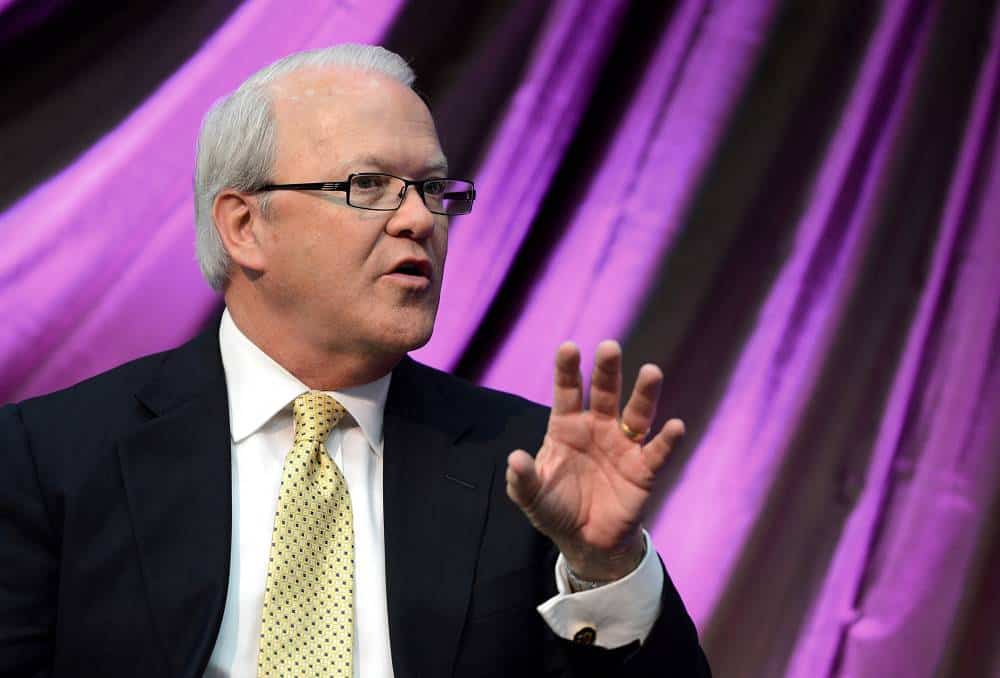 BALTIMORE (BP) – Southern Baptists are advancing, not retreating, as they rally to give more through the Cooperative Program to fuel the Great Commission task, Executive Committee President Frank Page told messengers to the Southern Baptist Convention annual meeting in Baltimore June 10.

“We thank God that two years ago the Cooperative Program stopped its declination at 5.41 percent and last year rose for the first time in two decades to 5.50 percent,” Page said.

“I like to say to pastors young and old, ‘If you know a better way, let me know. I’ll support it. I’ll drop the Cooperative Program if you can show me something else that long-term is effective and engages every church concurrently and consistently in an Acts 1:8 strategy. Show it to me, and I’ll support it. I’ll drop Cooperative Program,’” Page said. “But I haven’t found it yet.”

Page showed a Pulitzer Prize-winning photo of a vulture stalking a Sudanese girl as she struggled to find sustenance at an aid station in 1994. When critics asked the photographer if he helped save the girl, he disclosed that he did not. Page said the photo has gripped him since he first saw it.

“Friends, I say to you today that I don’t really think we’ve done much better for that little girl. Have we done any better with our world? Have we helped the girl spiritually? Have we helped countless millions to die without hearing the Good News of our Lord Jesus?” Page asked.

The church has received a calling from Jesus in the Great Commission, and believers share the love of Jesus that is demonstrated as a powerful force throughout Scripture.

Page commended state convention partners that have joined national entities in streamlining their operations to devote more resources to reaching the nations for Christ. Ten years ago, state convention employees numbered 1,750. Now the figure is 1,350, he said.

“But you see, regardless of what happens at the national level or even the state level, what really matters is whether or not local churches understand what the Cooperative Program is and reengage in those ministries,” Page said.

A diverse group of pastors appeared in a video called “Count Me In,” expressing their support for the Cooperative Program as a key component in the missions task.

“We have a God who can make all this happen,” Page said. “… I say this to you because I ask you to join me in begging God like never before. Would you join me and pray for God to ‘show up’ like never before? I’m asking that across this convention we join in prayer like we’ve never prayed before.”