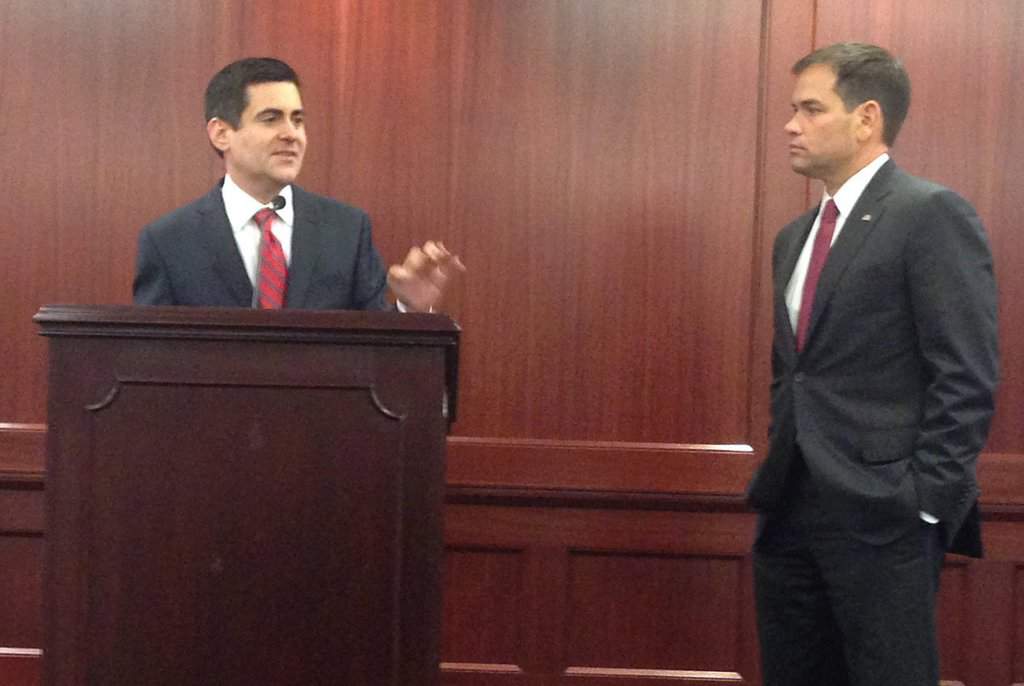 WASHINGTON (BP) – Public engagement of cultural issues in a “Christ-shaped manner” is crucial for pastors and other Christians, ethicist Russell D. Moore said after hosting Southern Baptist leaders at a briefing in the U.S. Capitol.

Moore, president of the Southern Baptist Ethics & Religious Liberty Commission (ERLC), joined congressional leaders and members of both legislative chambers in speaking to briefing participants June 12 in the Capitol building. The ERLC sponsored the event the day after the close of the Southern Baptist Convention’s (SBC) annual meeting in Baltimore.

Speakers for the briefing were Senate Minority Leader Mitch McConnell of Kentucky; House of Representatives Majority Leader Eric Cantor, R.-Va., who had lost his primary race only two days earlier; Sens. Marco Rubio, R.-Fla., and Lamar Alexander, R.-Tenn.; Rep. Frank Wolf, R.-Va.; and Katherine Haley, staff member with Speaker of the House John Boehner, R.-Ohio. In off-the-record remarks, they addressed such issues as religious freedom in this country and overseas, values, an effort to protect church plans in the health care reform law, and living as a Christian on Capitol Hill.

One reason he wanted to take a group of Southern Baptist leaders to Washington, Moore said after the briefing, “is that so many of our pastors think they have to choose between speaking about the gospel or speaking about issues in the culture, and one of the things we’re trying to do at the ERLC is show that it’s not an either/or situation but rather a both/and.”

“We have a Great Commission that demands we both make disciples and observe all that our Lord has commanded us – including the need to work for justice and righteousness, and be a voice of conviction and kindness as we seek to persuade an increasingly secular society,” he said in a statement for Baptist Press.

Moore said, “We can’t vote to repeal the Fall, but we can and we must engage the culture with the gospel.”

Pastors and leaders in Southern Baptist churches must “understand the need to engage [cultural issues], and to do so in a Christ-shaped manner, because it is part of what our Lord has commanded us to do in being ambassadors of His Kingdom in this age,” he said. “My hope is that meetings like this can help serve to be a catalyst in congregations across our denomination for winsome, gospel witness both in our neighborhoods and in our nation’s capital.”

“We see in the New Testament that, in this age, the power of the sword is given to the government,” he said, referring to Romans 13. “Even more, in America, in our democratic republic we as citizens are asking elected officials to wield the sword on our behalf. So it’s critically important not only to honor and pray for our government officials, as Scripture calls us to do, but also to be engaged in the public square on issues of gospel significance.”

Religious freedom is one of those issues, Moore said.

Christians should remember Capitol Hill is not just about policy, he said at the briefing.

“[I]t can be a very lonely place for people,” Moore, who worked as an aide to a congressman two decades ago, said. “It can be a very spiritually dangerous place. And people can have power and ambition and temptation and really find themselves in a place where they don’t have anywhere to turn. A lot of gospel conversations are happening right here and around this Capitol.

“And I’m thankful to God for such strong churches and for church planters, more and more of them who are coming into the city of Washington, D.C.,” he said. “We need that.”

Participants in the briefing consisted of members of the ERLC’s Leadership Network, as well as other Southern Baptist pastors, leaders and lay people. Among the about 40 participants were Ronnie Floyd, the SBC’s newly elected president; Bryant Wright, the convention’s president in 2010-12; and ERLC staff.