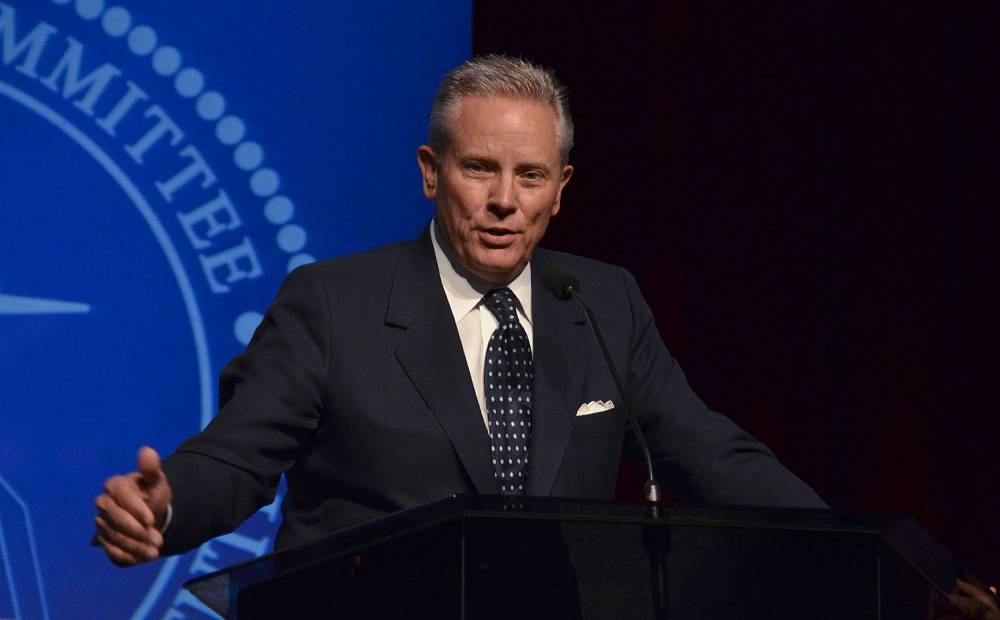 In 2014, the annual Lipper Fund Awards once again recognized GuideStone for outstanding fund performance, this time recognizing the GuideStone Extended-Duration Bond Fund as the Best Fund Over 3 Years and the Best Fund Over 5 Years in the Corporate Debt A-Rated Funds category. In each category, which ended November 30, 2013, the Extended-Duration Bond Fund beat out more than 50 eligible funds.

This is the third consecutive year the Lipper Fund Awards has recognized GuideStone Funds. In 2012, the entire GuideStone Funds family was ranked No. 1 out of 182 eligible fund families with up to $40 billion in assets and was honored with Lipper’s Best Overall Small Fund Group in the U.S. over the three-year period ending November 30, 2011. In 2013, the MyDestination 2025 Fund was ranked No. 1 out of 92 similar funds for its performance over the three-year period ending November 30, 2012.

“Retirement is a marathon; it’s a long-term race,” Hawkins said, encouraging messengers to make use of GuideStone resources to determine an appropriate asset allocation consistent with their risk tolerance and time horizon.

“We’re in a battle for health care in America, as many of you know,” Hawkins said. “We’re fighting this on multiple fronts,” including through prayer and then advocacy in courts and in Congress.

While discussing health care, Hawkins turned his report to the issues of litigation over the so-called contraceptive mandate which requires the coverage of certain abortion-causing drugs. Recently, some 200 ministries and organizations filed amicus briefs in support of GuideStone’s position, Hawkins said.

GuideStone’s litigation is alongside Oklahoma-based Reaching Souls International and Georgia’s Truett-McConnell College to challenge the mandate. While a narrowly carved exemption exists for churches and other closely held ministries, many other ministries are subject to the controversial mandate. An Oklahoma federal judge issued a preliminary injunction in December that currently protects GuideStone and the ministries it serves from the mandate’s penalties. GuideStone is seeking a permanent injunction to provide protection while the case is heard. No trial date has been set.

“Our own government is trying to force us to choose between long-held Biblical convictions and health coverage,” Hawkins said. “These are religious liberty issues that are at stake and we are determined to not allow this administration, or any, to tell us that we have to provide abortifacients to any people, and for free on top of that.”

GuideStone is in its third year of a partnership with Brotherhood Mutual Insurance Company to provide churches and ministries with property and casualty coverage. Hawkins cited a 99% renewal rate as evidence of the service and competitive rates GuideStone and Brotherhood Mutual offer.

“We’re thankful for the relationship we have with Brotherhood Mutual and the ability to provide property and casualty and risk management for your churches, ministries and associations,” Hawkins said.

GuideStone’s ministry to retired pastors and their widows who live near the poverty line, Mission:Dignity, continues to expand, Hawkins said.

“One of the joys of my life is to be able to tell you that in the 17 years that we’ve held stewardship in the ministry we call GuideStone we’ve been able to send out over $100 million to pastors and widows who are in need,” Hawkins said.

Mission:Dignity receives no Cooperative Program support; all donations come from individuals, churches and Sunday school classes. One-hundred percent of gifts to Mission:Dignity go to help someone in need; all administrative costs are funded through a separate endowment.

Hawkins highlighted two of his books, The Joshua Code: 52 Scripture Verses Every Believer Should Know and The Jesus Code: 52 Scripture Questions Every Believer Should Answer. (Currently, 250,000 copies of The Joshua Code are in print.) Author proceeds and royalties from the sale of these two books benefit Mission:Dignity. More information about both books can be found at www.OSHawkins.com/books.

After showing GuideStone’s newest Mission:Dignity video, Hawkins reiterated his concern to pastors that they need not worry what will happen to their wives if the pastor should die first.