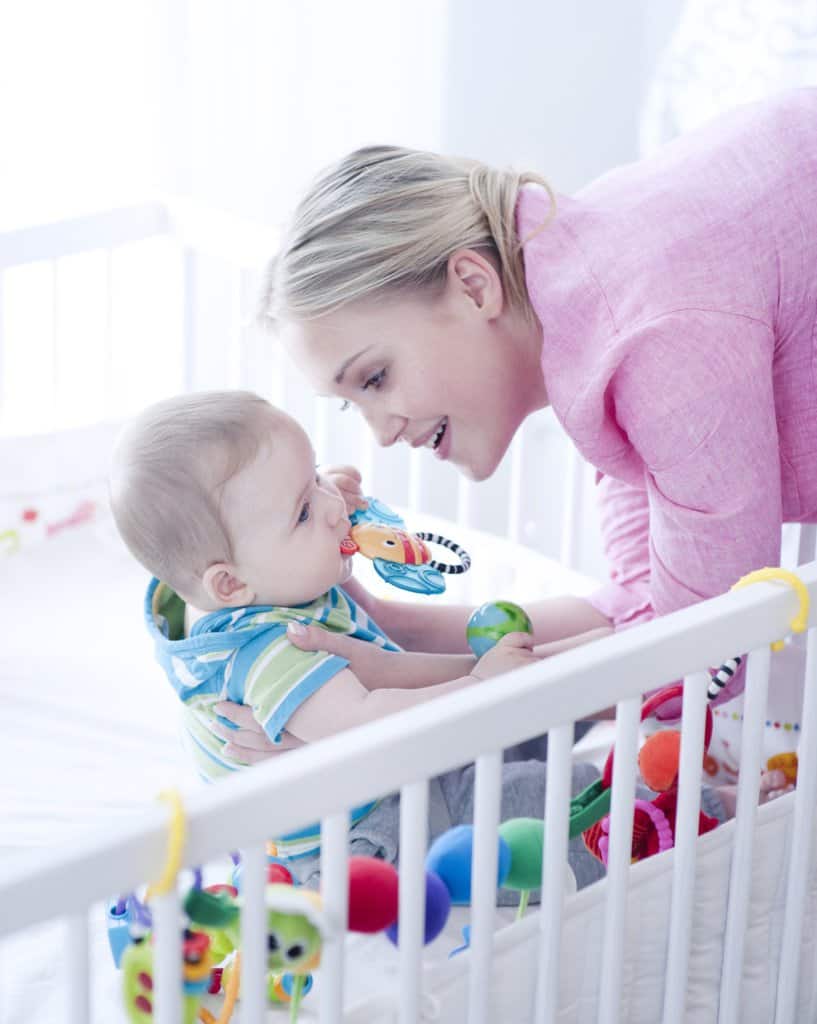 Several years ago, Presbyterian pastor and scholar Peter J. Leithart posed a question that could cause problems for Baptists who have young children or grandchildren: Can Baptists talk to babies? According to Leithart, it is logically inconsistent for Baptists to speak to their infants while also denying the validity of infant baptism (aka, paedobaptism). His argument is worth a brief summary and response.

“Protestants have always insisted that the sacraments bring no benefit without a response of faith, but this seems to undermine infant baptism, since infants do not appear to be able to exercise faith,” Leithart writes. “Luther and Calvin held together their insistence on faith with infant baptism by claiming that infants can believe. Baptists see this as the Achilles’ heel of the paedobaptist position, an example of how far paedobaptists have to go to defend an untenable practice.”

“Is infant faith absurd?” Leithart asks. His answer: No, but this question has been complicated because theologians through the ages have misrepresented the nature of “grace” and “symbols.” First, too many people think of “grace” as an “impersonal substance, energy or power that God delivers to man” through the sacraments. For Leithart, grace is God’s “personal approach to establish fellowship, to cut or renew a covenant, with His people.” Second, symbols must be considered in a personal way, having “a much more basic function in human life.” According to Leithart, “symbols communicate and mediate information and personal presence.”

“Likewise,” he explains, “our personal relationship with God takes place through mutual use of symbols: God speaks to us in His Word, which takes the form of printed symbols on a page or audible sounds that carry meaning. We respond with words of prayer and praise. God ‘gestures’ to us through the water of baptism and by spreading His table; we respond by accepting His invitation and feasting in His presence. … Symbols have power, but the power is the power of establishing and maintaining personal, covenanted relationships.”

With this foundation in place, Leithart claims that infants can have faith – defined, that is, as “the human response of trust to God in a personal relationship.” After all, if infants can respond to their parents and learn to trust them, then they can also learn to trust God. Parents, moreover, relate to their infants through symbols (like words, hugs, and kisses), and God does the same. He “speaks to infants and establishes a relation with them through the ‘visible word’ of baptism.” So paedobaptism is no less rational than speaking to an infant.

On the other hand, if Baptists want to be consistent, they should not impose anything on their children by speaking with them. Baptists “impose a language and a name on their children,” often treating them “as Christians.” So why not baptize them, as well?

We can answer this question by responding, point-by-point, to Leithart’s argument. But, first, a word of praise is due to him. In an ecumenical age that minimizes issues like baptism, Leithart defends his view of baptism vigorously. Christ himself commanded the church to make disciples and baptize them (Matt. 28:18-20), and we cannot, without ignoring our Lord, dismiss baptism as trivial. Nevertheless, Leithart’s views of baptism are not biblical, and I respond as follows.

First, Leithart’s understanding of grace in “personal” terms is welcome. In general, Baptists have never thought of grace as an “impersonal substance, energy, or power that God delivers to man” through sacraments. In fact, as the Baptist Faith and Message 2000 states, the ordinances of Christ are symbolic acts, not infusing grace or salvation.

But Leithart misunderstands the symbolic nature of baptism. He’s right to say that messages and relationships are conveyed through symbols. But he wrongly assumes that baptism should be understood primarily as God’s “visible word” to us – that is, that God “gestures” to us through baptism, and that we “respond by accepting his invitation.” Now, Baptists don’t deny that baptism portrays the gospel. In fact, they defend baptism by immersion partly because it best displays the death, burial and resurrection of Christ. However, baptism does not primarily serve as the “visible word” of the gospel. Instead, baptism is primarily a conscious response to God’s Word, the believer’s public and visible confession of faith in the gospel, and – in the words of one Baptist theologian – a vow “of allegiance to Christ, our Master.”

Second, Leithart is right to say that faith involves trust, but the object of this trust is the promise of God in Christ Jesus – a particular promise that must be both heard and understood. While infants may be able to learn trust, they can’t confess Christ’s Lordship with their mouths or believe that God raised Christ from the dead. No one would expect an infant to do this, but this is the salvific “word of faith” that Paul describes in Rom. 10:8-9, 17.

Therefore, although we’re free to babble to our babies, we shouldn’t baptize them. Instead we should share the gospel with our children in age- appropriate ways, praying that they will one day understand and believe. Then, once our children become Christ’s disciples through faith, they can then testify to their faith in the Lord Jesus through baptism.