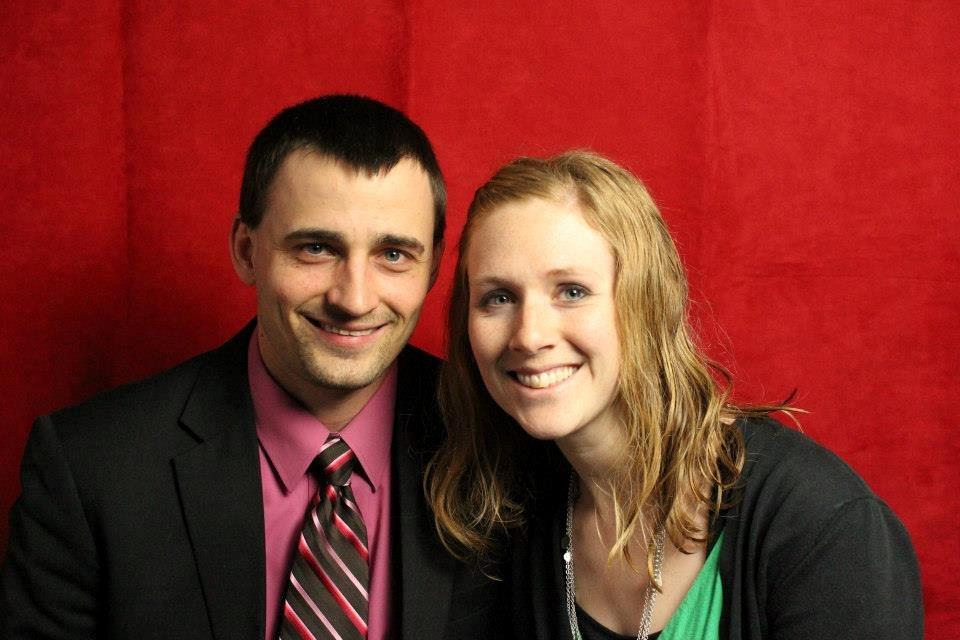 Born in Latham and raised in California, Kiesling began as a high school student to drink alcohol, smoke marijuana and use methamphetamine. In August 2003, he was arrested for making meth, was soon bailed out of jail, and returned to drugs the next day. By this point, he used $500 worth of drugs every day. Two months later, he dropped out of high school, even though he was a senior.

Then, on Nov. 7, 2003, six police officers busted down the door to Kiesling’s apartment and found $5,000-worth of drugs in his possession. He was put in jail without bail, and he likely faced 15 years in prison.

Kiesling suddenly realized the mess that he had made of his life and the way he was hurting his family. He knew he needed to change, but didn’t know how. But then, one friend showed him the grace of God – and connected him for the first time to Union Hill Baptist Church of Holts Summit.

E. Frank Whitney, pastor of Union Hill Baptist Church, calls Robert Strong his “adopted son in the ministry.” Throughout high school, Strong befriended Kiesling. He often shared the gospel with Kiesling and invited him to church, despite his constant refusal to go. But when Kiesling was put in jail in Nov. 2003, Strong was the only friend who came to visit him – and Kiesling began to listen to his message about God’s grace.

After spending a month in jail, the court allowed Kiesling to visit a drug rehabilitation center and then placed him under a security bond. So he lived under his parent’s strict supervision until his court date. Throughout this period, Strong continued to visit Kiesling and share the gospel with him. Finally, Kiesling accepted Strong’s invitation to church, and he began to attend Union Hill Baptist Church.

Then, in April 2004, Kiesling appeared in court, expecting to receive a 15-year prison sentence. Instead, the judge gave him five years of probation with a suspended imposition of sentence – meaning that his records would be wiped clean once his probation ended.

The following Sunday night, Kiesling returned to Union Hill, where pastor Whitney preached about God’s grace. Following the service, Whitney told Kiesling that God’s grace is far greater than the grace he had just received from his judge. Immediately, the message of the gospel became clear to Kiesling, and he surrended his life to Christ and was baptized at the church.

Now, 10 years after receiving grace from both a Missouri judge and from God, Kiesling is training for ministry at Southwestern Baptist Theological Seminary in Fort Worth, Texas. And, in March, he returned to Union Hill Baptist Church to preach a revival.

According to Whitney, Kiesling is “a perfect prodigy of what we advocate around here.”

“He is a product of Union Hill and hopefully of what we are,” said Whitney, who speaks to Kiesling on nearly a weekly basis and was proud to have him preach a revival at the church. “We are a church of a lot of second chances. … We believe that God truly forgives. And when He forgives, He blots those sins out.

“What Satan really wants is to keep us tethered to those sins. We believe that Jesus sets us free. There’s real freedom when you recognize that grace is applicable to the most shameful times of your life.”

Nearly 10 years ago, Kiesling discovered God’s grace and freedom. And, according to Whitney, he “never looked back.”