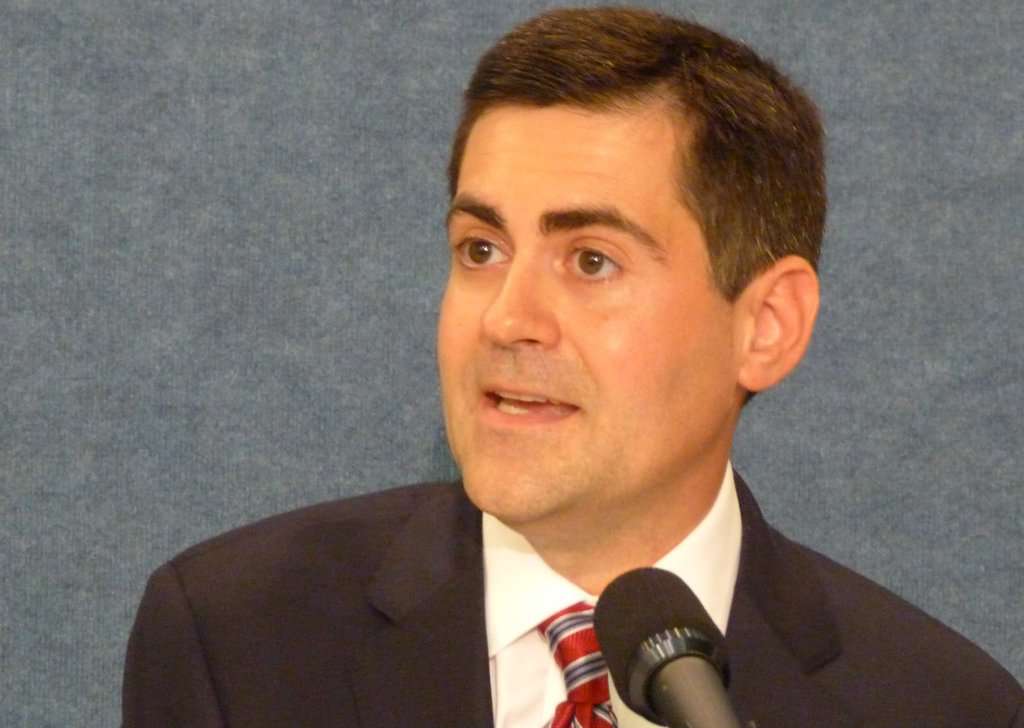 During an address at the ERLC’s Leadership Summit here, April 21-23, Moore made a statement about Christian talk radio that drew strong reactions from professionals in Christian talk radio. In his address, called “Walking the Line: The Gospel and Moral Purity,” Moore urged Southern Baptists to respond to sexual immorality not with condemnation but with the gospel’s message of reconciliation.

In one comment from his speech, Moore said, “I listened on the way back up here from my home town to some Christian talk radio this week, against my doctor’s orders. And honestly, if all that I knew of Christianity was what I heard on Christian talk radio, I’d hate it, too. There are some people who believe that fidelity to the gospel simply means speaking, ‘You kids get off my lawn.’ That is not the message that has been given to us. If the call to repentance does not end with the invitation that is grounded in the bloody cross and the empty tomb of Jesus, we are speaking a different word than the word that we have been given.”

During the past week, Moore has responded generally to the concerns of Christian talk radio professionals, who felt that this statement slighted the whole industry. He addressed these concerns on “The Erick Erickson Show,” a secular talk show hosted by the editor of conservative blog RedState.com, and “Chris Fabry Live,” a talk program on Moody Radio. He also spoke to The Christian Post, which released an article on May 12.

On May 9, Moore told Erick Erickson that his remark at the ERLC’s summit was directed against particular, unnamed “Christian talk radio programs that were condemning things. And everything they were condemning is probably everything I would condemn, but there wasn’t any gospel focus. There wasn’t any invitation to repent and believe. There was just venting of the spleen.

“So what I said was, ‘If all that I knew about Christianity was what I was listening to on Christian talk radio, I’d probably hate it, too.’ And that doesn’t mean everybody who is in Christian talk radio. There are some fantastic people: Jim Daly and Dennis Rainey and John Stonestreet—just a ton of people who are doing really good, gospel-centered work.

“What I’m saying is that we can’t simply condemn,” he said. “We can’t simply talk about what is wrong with the world. We have to be consistently offering people a way to reconcile with God through the blood of Jesus Christ. That is what makes us distinctively Christian.”

“My larger concern doesn’t have to do with talk radio, because relatively speaking there are very few people who have a microphone of Christian talk radio. My larger concern is the fact that, really, everybody has a microphone of some sort or other. And the same kind of tendency that can happen, of just expressing outrage without the gospel, or the other part of the message was those who are wanting to simply parrot affirmation without the call to repentance—that can happen on any platform, including Facebook, Twitter. They don’t need to have the sort of audience that a talk radio host would have, but they still could fall into those points of being quarrelsome without a gospel mission at the end of it.”

In the weeks following the ERLC Leadership Summit, Christian talk radio hosts Janet Mefferd of Salem Communications, which owns and operates 99 radio stations and has more than 2,400 affiliates nationwide, and Brian Fischer of American Family Radio (AFR) with its approximately 200 stations, challenged Moore’s remarks made at the summit. Both have now been joined by Bott Radio, which owns more than 90 radio stations across the country. While all three provide some programming that could be classified as “talk” or “call-in,” they also provide a significant amount of Bible-based preaching and teaching, featuring Southern Baptists like Billy Graham, Adrian Rogers, Charles Stanley, David Jeremiah, Robert Jeffress, Jack Graham and Ronnie Floyd.

On May 5, Bott Radio Network President Richard P. Bott, II, sent a letter to Moore, calling on him to apologize publicly for his remarks regarding Christian talk radio.

Bott’s letter was also sent to more than 70 Southern Baptist and evangelical leaders, including SBC Executive Committee President and Chief Executive Officer Frank Page and SBC President Fred Luter, as well as members of the media including WORLD magazine and Fox News.

Bott attends Lenexa Baptist Church in Lenexa, Kan., a Southern Baptist congregation dually affiliated with the Kansas-Nebraska Baptist Convention and the Missouri Baptist Convention. His letter responded to Moore’s remarks made during the ERLC’s Leadership Summit, April 21-23, in Nashville, Tenn.

“Assuming you spoke from ignorance, I am eager to offer you an opportunity to apologize for this serious and inexplicable misstatement, with our BRN Christian Talk Radio platform of 95 radio stations plus multiple digital new media outlets with worldwide reach,” Bott added. He asked that Moore at least clarify his views.

As a guest on Fischer’s AFR radio show, May 9, Bott said he is by no means trying to pick a fight with Moore.

“I cannot believe that he actually means what he actually said,” Bott said. “I have no axe to grind with Russell Moore. I have met him a couple of times. He seems like a nice enough person to me. And from what I have heard from others he has a good heart. He