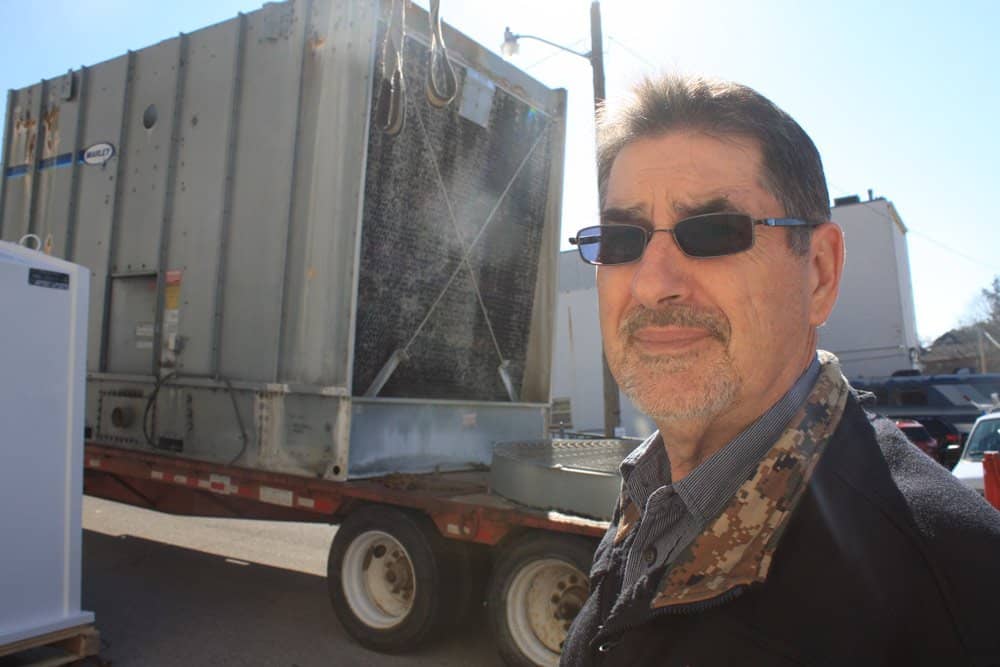 A new cooling tower set up at the Missouri Baptist Convention, April 11, is only one feature of the repairs that the convention is making on its Baptist Building in downtown Jefferson City.

The Missouri Baptist Convention has received a $7,150.52 incentive from the utilities company, Ameren Missouri, to help restore exterior lights on the convention’s building in downtown Jefferson City. The convention received the incentive because of its decision to use energy-efficient LED lights for this restoration project.

According to Jerry Field, MBC support services team leader, the new exterior lights will bring security to MBC staff members, as well as beauty to the state’s capitol. Currently, few lights shine outside the Baptist Building at night, since the fixtures on the building’s exterior lighting system are outdated and do not work.

This project is one in a series of reparations that the MBC Executive Board members approved last December, which will be funded by a reserve fund designated for restorations to the Baptist Building. These reparations also included the replacement of the building’s cooling tower, which was completed in early April.

Earlier this year, the carpet was also removed from the convention’s lobby and “Gold Room,” revealing the original terrazzo flooring – now cleaned and polished. During the MBC Executive Board meeting, April 15, board members also chose to use some of the convention’s 2013 underspend to finish painting and refurbishing the lobby and Gold Room.