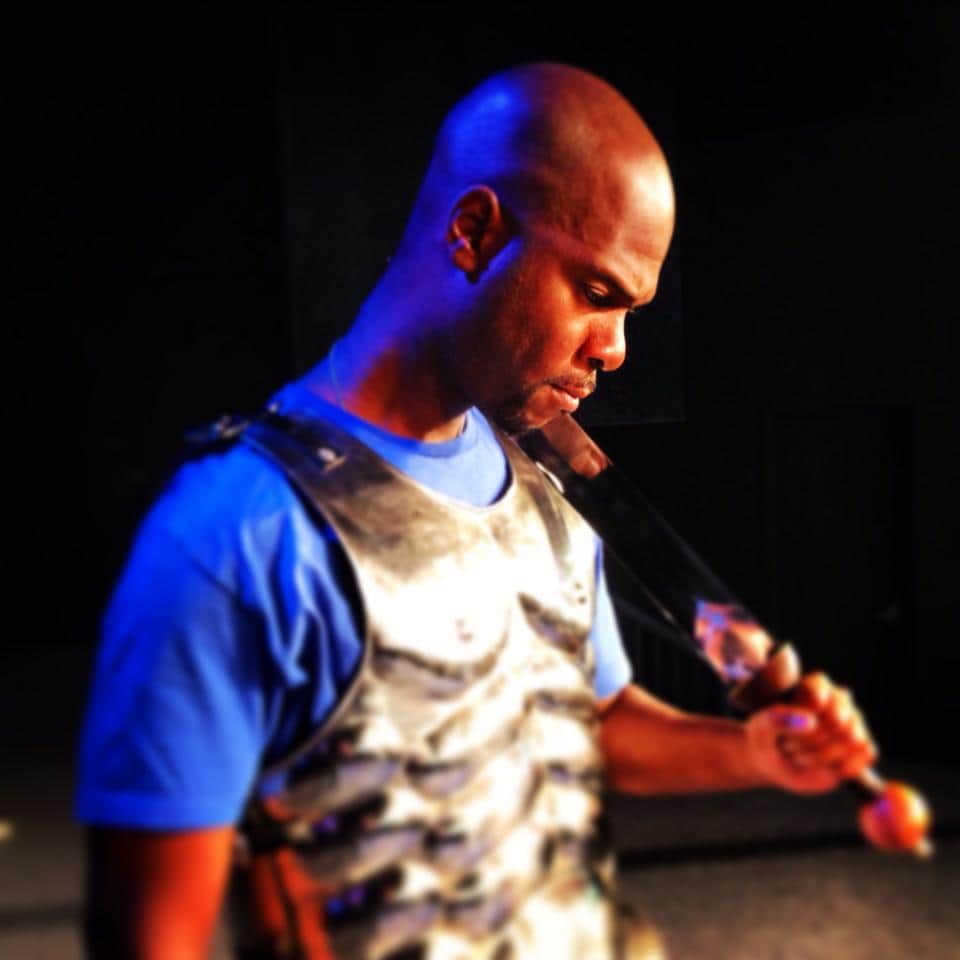 KIRKSVILLE – The stoning of Stephen. Saul being called to be the Apostle Paul. Paul and Barnabas quarreling over John Mark. King Agrippa. What were the best scenes in a 2.5 hour drama portrayed on a stage on a Friday night in Kirksville? The 1,200 people who packed The Crossing Church here discussed these scenes as they left the venue, April 11.

Professional Los-Angeles-based Christian actors Bryce Lenon, J.D. Jackson, and Vinicius Machado star in a full-length, three-man show based on the New Testament book of Acts. The drama troupe began ministering in cities across the U.S. in 2011 and has been invited to perform at the annual Shepherds’ Conference for over 1,500 pastors and church members which is hosted by John McArthur.

In Kirksville, it became a focal point for churches who wanted to have an evangelistic outreach to their city just prior to Easter, but wanted something a little different than a revival or concert. The drama group was booked and tickets provided free of charge to area churches and individuals who had provided financial underwriting for the event.

Don Noble, a retired minister, who attends First Baptist Church, Kirksville, headed the group who planned the evening. He enlisted Paul Shipman of Bott Radio station KLTE/Kirksville to help promote and plan, and the event was off and running.

Noble said he was most impressed that many churches used the event to get the lost out to hear the gospel in a non-threatening way. One church, Noble said, requested tickets but would only give them out to individuals who would commit to bringing a lost person with them.

As the play unfolded people gasped at some of the simulated violence on stage. The book of Acts is a series of stories, many of them bloody, which shows the development of the early church.

“I really saw the Bible come to life in drama form. It is a very powerful tool to equip the church,” Shipman said. “The book of Acts is an amazing book.”

He said they initially wanted to have the show on the campus of Truman State University in Kirksville, but were not successful in booking the space.

“We are overjoyed about the possibilities of the show coming back, getting students involved and having it on the Truman campus,” Shipman said.

Noble said of the actors, “I felt they would do both discipleship and evangelism. This time of the life of the church of Jesus Christ we are going to experience some of the things Luke wrote about in the book of Acts. You see in the play how these men portray things – that they had to go through hard times, giving their lives, their all. I think the church needs to be sharpened, lifted up and say, ‘This is our calling.’”

“I want the pastors to preach truth, to prepare us for what is ahead in the future,” he said. “We know what the past was – 3,000 souls saved in one day. The church grew because they were very serious about their Christianity.”

Acts the 3-Man Show is represented by ‘Reach Your City’, a Nashville based booking agency. To arrange to have the show at a church or event, contact Reach Your City at (615) 258-4646 or info@reachyourcity.com. ν