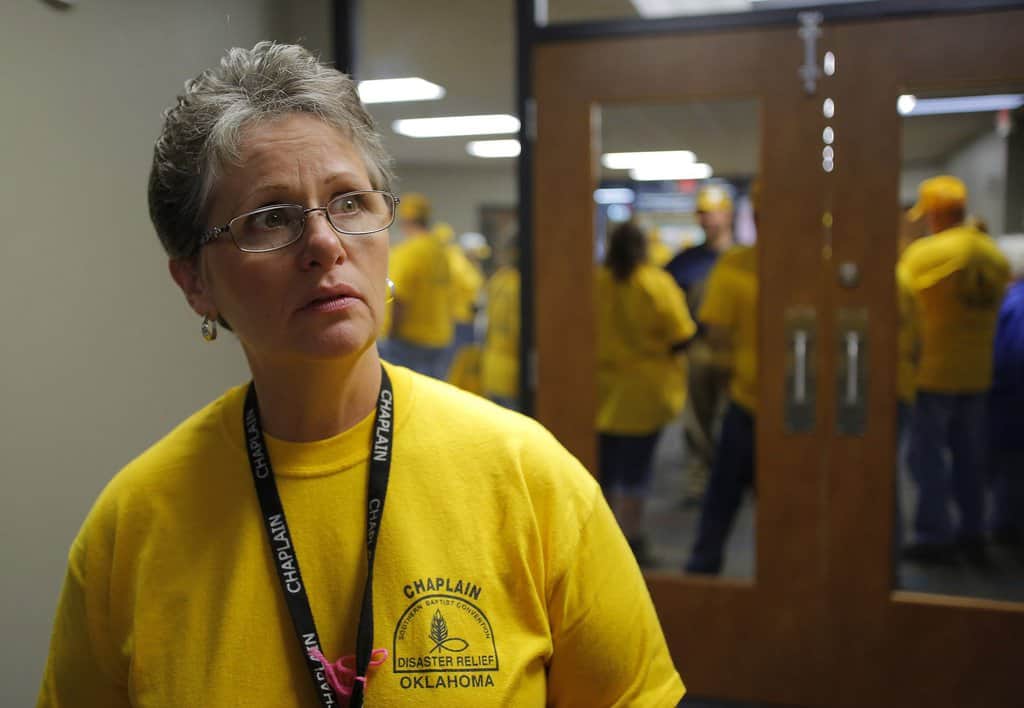 Editor’s note: The following was adapted from an email to the editor. It still exudes the raw emotion that so many felt during those disastrous days when tornadoes killed so many in Moore, Okla., and Joplin. Bunny Yekzaman’s feelings are worth sharing to not only catch a glimpse of the important ministries that Southern Baptist Disaster Relief volunteers do, but also as a reminder that God never leaves us or forsakes us. It should be noted that the quote and headline to which she refers was originally reported by Tobin Perry of the North American Mission Board, who did an outstanding job of reporting following the Moore, Okla. tornado.

I was moved to tears as I read Don Hinkle’s column in the Dec. 31, 2013, issue of The Pathway where he listed his favorite quotations of 2013. When I read the No.1 quote I was moved to tears and the memories washed over me as if it was only yesterday that those words you put into quotes came flowing from my lips. Those words, “I’ll crawl with you,” were the words whispered into the heart of a hurting, grieving mother from the very heart of God.

In all my years serving as a disaster relief chaplain, I have been faced with many challenges of comforting the hurting with pains I have never felt. But this one was different. As soon as I arrived I was placed with this grieving grandmother and her words repeated over and over again were, “I trust You, Jesus. I trust You, Jesus.” Little did I know that those words were not only for her soul in her grief, but as a reminder for me as well. As the Lord was speaking to her heart, He was preparing mine to do a work like never before in my disaster relief work.

I was placed to work with the seven grieving families that lost their children in the school. Seven families that lost their precious children. I have never lost a child. So I had to trust Jesus. I cried out to Him to please help me feel the hearts of those parents. I did not know the depth of pain they were feeling, but He did. I know now that if I am going to ask such a question, I must be ready to receive the pain as well. He did give me that pain in my own heart. That is when I saw another grieving mother. My eyes caught a glimpse of her pain, my ears heard her cries and my heart felt the beating of God’s compassionate heart for her. It was the Lord that quickly sent me to her, put my arms around her as He then began to speak through me to her. It was His words that were spoken that day, not mine. As He spoke to her (and somehow so many others have now heard them) He was speaking to all of us.

No matter what disaster we are facing in our lives, no matter how deep the pain may be, if your legs are weak and unable to stand from the overwhelming grief, He wants us all to know that we are not alone. He is right here with us. If we are walking through pain, He will walk with us and if we can only crawl – then He will crawl with us. That’s how much He loves us.

Thanks to The Pathway for sharing our story because what was really shared were the words of our Lord spoken to every hurting soul that needed a touch of His comfort and love.