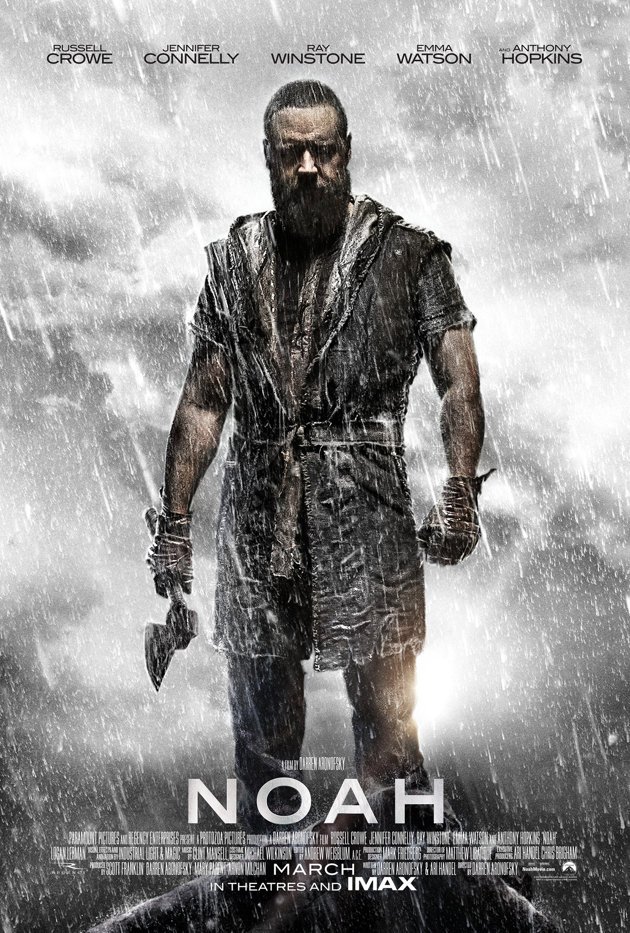 Before I went to see the matinee of Darren Aronofsky’s new movie, Noah, I reread the biblical narrative. In the HCSB version, it’s just over 2,000 words and took me all of five minutes to finish. So how does a filmmaker – an atheist filmmaker – make a 138-minute $130 million-dollar blockbuster from such brief source material? The answer is that you throw the scripture into a blender and add a ton of filler. But although Aronofsky – who publicly said he set out to make the least biblical movie ever – has scrambled the biblical historical narrative, I believe he accidently stumbled into a movie with unmistakable Christian messages.

Just like in Genesis, Hollywood’s version has a man named Noah, there is an ark, animals come two by two and there is a flood.

I give you that short list because a list of things Aronofsky includes that are not in the Bible would fill the entire newspaper. The most notable is the addition of fallen angels/rock monsters that defend Noah and build the ark for him. Based on a bizarre interpretation of Gen. 6:4, portions of the movie are, to put it bluntly, odd. The special effects are distracting and their place in the story is wholly unnecessary. The second is a contrived set of circumstances that cause Noah to believe that God does not intend humanity to survive after the flood, causing conflict when his barren daughter-in-law becomes pregnant. A third difference is an ongoing war between the Noah and the embellished biblical footnote, Tubal-Cane, who manages to smuggle himself onboard the ark.

You might take issue with other “artistic” choices such as making the shape of the rainbow a pulsing circle and that God (always called “The Creator”) speaks to Noah in visions, not directly. To be 1000 percent clear, this is not a faithful retelling of the biblical narrative. Aronofsky never claimed this was a substitute for a Sunday School lesson, and the studio’s marketing material specifically points to Genesis just to clear up any confusion. I don’t believe the studio or director were trying to deceive anyone or lead them astray. Watching it and enjoying with some popcorn and a Diet Dr Pepper did not cause my faith to crack. Some godly men and women may respect fully disagree. Your mileage may vary.

When watched as a fable or parable, Hollywood’s Noah wanders into some themes that are quite biblical, not unlike the Lord of the Rings or the Chronicles of Narnia. The movie makes it clear Man’s problem is sin. Though Noah is basically “good” in the film and called “blameless among his contemporaries” in Genesis, he is grief-stricken with the knowledge of his own sin. His obedience and God’s subsequent mercy are key. Some Christians have complained Noah’s belief that mankind is to die out after the flood embellishes too much, but I see it as just one more challenge God uses to show that He can provide for every unforeseen need and circumstance. Bizarre though the fallen angels may be, the way they are covered in muck, mire and rock is a clear metaphor for sin.

In the days after the release of the movie, YouVersion, the people behind the most popular Bible app for smartphones, reported a 300 percent increase in the U.S. of people reading Genesis 6. God used a sinner named Saul to start a missionary movement, and God can use an atheist named Aronofsky to point people to His Word.