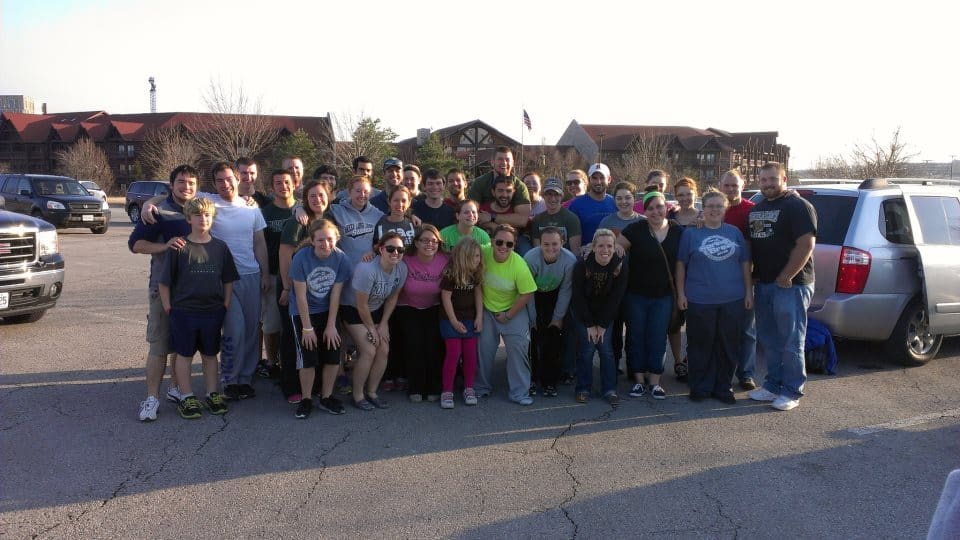 MARYVILLE – Because of his early struggles as director of a Baptist Student Union (BSU), Jason Yarnell now labors not only to share the gospel to students at Northwest Missouri State University, but he also wants to send them out as disciple-makers – and, in some cases, campus missionaries like himself.

Transformed by the gospel after attending a BSU rally as a student at Northwest Missouri State, Yarnell soon began to sense a calling to college ministry. Then, after the college’s BSU director left in 2000, he took an interim position with the BSU and was hired as the new director the following year.

“When I got this job, it was difficult because I felt like there were things I was supposed to do, but I didn’t know how to do them,” Yarnell admitted. “I was afraid to tell anybody. For a long time, I learned how to pretend as a campus minister.”

Then, after a few years of ministry at Northwest Missouri State, Yarnell experienced what he now calls the “death of the pretender.” Immersed in the depth of Christ’s love, he put aside his desire to please people and his fear of disappointing them. No longer did he need to have all the answers, he said. “I was totally free to say, ‘I don’t know how to do that,’ and to ask other people, ‘Will you teach me how to do that?’”

“That is part of the reason why I have a passion for equipping people,” he said, “because I didn’t go the typical route (for entering campus ministry) and I didn’t always feel equipped.”

Yarnell said that Max Barnett, who served for three decades as BSU director at the University of Oklahoma, fostered his passion for equipping disciple-makers.

“I was just blown away by Max,” Yarnell said. “He just had such a vision for disciple-making. That is what our ministry is now. What I mean by that is, equipping people to equip other people. For me, the goal is to help students grow in Christ and to help students go out and reach people. Our strategy for reaching the campus is to raise up disciples. I want them to truly understand the gospel and go out and turn the campus upside down. They do things that I never would have thought of. They talk to people that I could never speak with. They have an audience that I will never have.”